What is UpStge? Part 2: Q & A with founder Andres Hernandez

Starting a business is never easy, especially when you are entering a market as flooded as the music industry. A strong passion and a progressive vision are needed to say the least. Music lover, Andres Hernandez, seems to have both of those qualities, as he tries to break into the music industry with his new website UpStge.com.

UpStge is different; grass roots, niche, interactive, and most important inclusive of anyone who loves to hear new music.

Hernandez spared some time to talk about how he came up with his site, what it is about, competing with music juggernauts like YouTube, and the future of UpStge in this full Q & A.

A quick bio on Hernandez: Born and raised in El Paso—Chapin High School grad and DeVry University grad. Plays the guitar and keyboards, and is the founder of UpStge.com.

The Prospector: When did you come up with the idea of UpStge?

Andres Hernandez: UpStge was something I started envisioning during junior year of high school (2009). When I first started drawing mockups of the site, it was called “Taking the Stage”, in which videos of different genres compete for exposure – the “stage”.

TP: Was the idea of UpStge simultaneous with your growing passion for music?

AH: Absolutely. The more my passion grew for music, the more I wanted to be a part of it somehow. It wasn’t until three years ago (2012) that I started playing music; but the site was another means for me to try and get involved in the music community and try to make an impact.

TP: Who else helped in the development and/or creation of UpStge? When did the site officially launch?

The prototype served as a proof of concept – to see if the idea was worth it. It received praise from members of top technology companies such as Microsoft and Adobe, as well as many local artists that we showed the site to.

We found investors not too long after the prototype was developed – we could not have gone forward with the final development without the financial support they provided.

The final production site was developed by a third-party company called iTransition. We relied on their expertise to help bring the idea to life.

TP: Was there anything in particular that inspired you to create UpStge?

AH: As an avid music listener, I had always searched for unknown artists on the internet. It’s not always easy to find, but a lot of unseen talent can be found beneath the “mainstream”. Despite the several services available in the market, I always felt (and still do feel) that a lot more can be done to bring that talent to the surface. Ultimately, I was seeking to build something for the independent, “unheard of” musicians.

TP: How would you describe UpStge to someone who stumbles across the site?

AH: Artists and music fans can become members of UpStge. Getting discovered (as a musician) is one side of the equation. Discovering (as a fan) is the other part of the experience that we hope to make unique and enjoyable on UpStge.

TP: What makes UpStge unique in its own right and are there any other niche sites like UpStge that you feel you have to compete with?

AH: UpStge is unique in that we are a more focused platform. We have an approach that really differentiates us from our most immediate competitors (YouTube and VEVO; in the music video streaming community). We are not a warehouse for any and every video, like YouTube, and we do not only cater to the Mainstream artists, as VEVO does.

Aside from the more focused approach, we also have a competitive aspect to our site: artists upload videos that compete for a shot on “Stage”. To get on stage, your video has to be trending. However, our algorithms prevent the same videos from getting on stage more than once – so new content is always brought to the surface, and artists have to continue putting out new content to have a chance at the spotlight.

Aside from YouTube and Vevo, we compete with several large music companies (Spotify, SoundCloud, Pandora, etc.). They may not be video streaming sites, but large companies like these have the expressed interest in expanding into the video streaming industry, and they certainly have the time, money, and resources to make it happen.

TP: How do you try to separate your site from the rest of the pack? YouTube, Spotify, SoundCloud and Pandora are some of the most popular sites where people can come and listen to music for free and where people can discover new artist. Do you feel like UpStge has to directly compete with these sites for viewership or is UpStge a completely different entity?

AH: As I mentioned, we mainly separate ourselves by being a video streaming service specifically designed for upcoming music. Our algorithms and the way we go about bringing music to the surface is competitive and unique. The terminology on our site (“Fans”, “Stages”, “Billboard”) also caters to musicians more so than competitors. As of now, we have distinguished ourselves enough to coexist uniquely in the industry alongside our competitors. We do have plans to release features that do not exist in the industry sometime in the near future, which will really differentiate us from others.

UpStge not only has to compete with these other sites, we have to excel at offering something unique and valuable to musicians. Our competitors are not local startups – they are elite technology companies that already have an established presence in the market. All of our targeted users know our competitors names; many use a few of the services, too. It is a daunting task to enter a market where your direct competitors are the industry giant.

TP: Do you feel like UpStge is breaking into an untapped market or are you taking a successful template [used by YouTubers] and specifying it with UpStge?

AH: As with most new technology services, we are following an existing template that we know has some successful aspects to it, but still shaking it up in some ways that makes the experience different for users.

TP: Streaming music is now more popular then downloading, but does UpStge give the option of downloading?

AH: Currently, UpStge does not give the option for downloading.

TP: Will UpStge ever switch to a paid subscription? Why or why not?

AH: We are not considering a paid subscription approach, however, we are exploring similar paid features that we will consider in the future. For now, our top focus is on the user experience and building something artist’s see value in.

TP: Did you follow the demise of Tidal? Did that help navigating how UpStge would be built or was it completely irrelevant?

AH: I keep an eye on every company we compete with; including Tidal.

Tidal was irrelevant to our decision-making process when developing the site. Tidal’s demise mostly reaffirmed the lack of a need for a high-priced streaming service in the market.

TP: What has been the response by artist since you launched the site?

AH: Although still early, several artists have signed-up and uploaded to the site. Every artist who has signed-up so far has personally been in contact with me and has expressed their appreciation for what we are trying to do. Several more-established artists (artists who make a living off of music careers) have also visited the site and personally contacted me to praise the idea and the feel of the site; all bigger names have been reluctant to join without some sort of business deal that we have had to decline.

TP: Are there any artist in particular who have caught your eye on the site?

AH: Several artists have caught my eye – Garrett Thompson, the first user to make it on the Main Stage, is unique in that he is the only artist who composes and performs instrumental pieces.

Airborne is a local rapper in El Paso who has been making a name for himself for several years now – he was first on the Hip-Hop stage, and his top song is meaningful. Travis and Cody are the top cover-making artists on the site, and I enjoy the songs they cover and their style!

Kale Dreamz is another rapper that amazed me – his punch lines and style are insane!

TP: What is the future of UpStge? Are there any more developments, changes, etc. coming within the next year?

AH: We always have plans for new features and changes to come to the site. We take these in milestones. Our biggest priority is getting our name out and building a reputation. If the site looks to be successful, we will never stop improving the experience – that is the nature of any business!

Q: What is the biggest challenge to the success of the site so far?

AH: We are a young site and still trying to catch attention from more artists to give our service a try. That’s the biggest thing for us right now, is getting as many artists onboard.

There’s a psychological aspect to the business that I’ve found – many users will contact us (and even sign-up), but hesitate to upload anything until they see other artists on… like some sort of confirmation that it is what others are doing. One of the hardest things us to overcome, but we have some nice content coming in from some other artists soon, which may help with that! 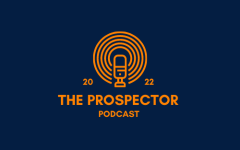 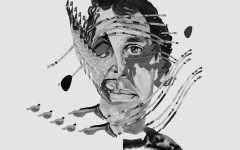 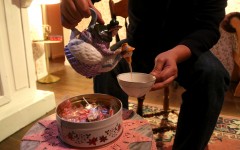 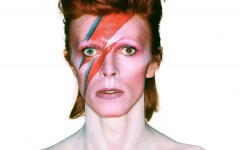 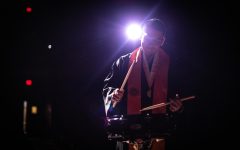 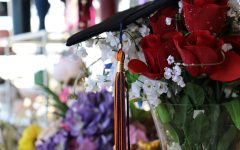 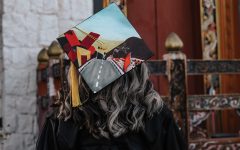 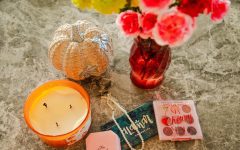 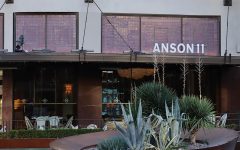