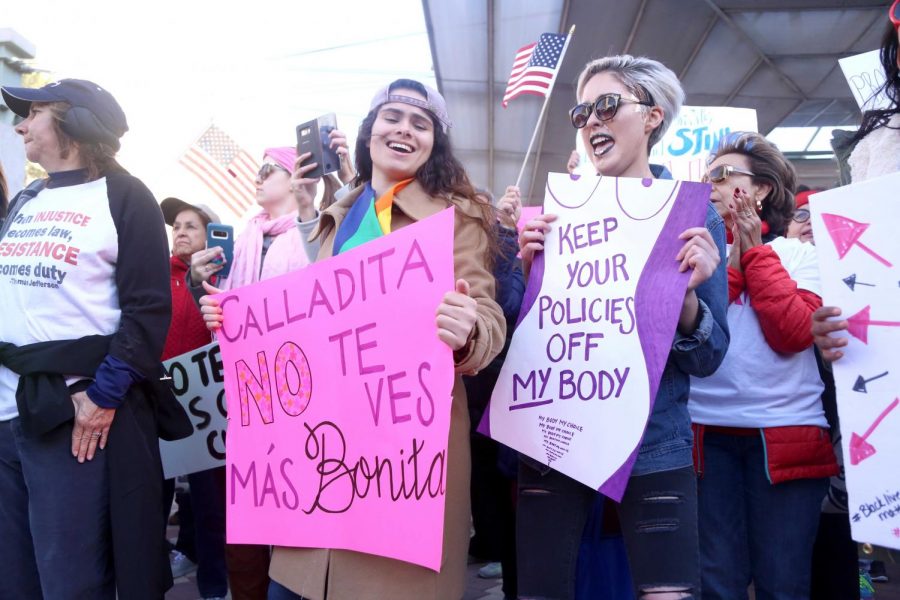 Women’s march returns with an emphasis on voting

In a sea of signs and “pussy hats,” hundreds women and allies commemorated the one-year anniversary of the nationwide Women’s March on Sunday, Jan. 21.

This year organizers of the El Paso March wanted to turn last year’s “Hear our Voice” message into a call-to-action “Hear our Vote” one. El Paso joined Las Vegas, Atlanta and other cities in stressing the importance of voting in what they are calling a “Power to the Polls” march.

Lyda Ness-Garcia, El Paso’s representative in the State Democratic Executive Committee, founder of Stand with El Paso Women and a family law attorney, said it is a crucial midterm election year and a  collective voice can change the narrative by bringing out the vote in record numbers.

Megan Goldner, a UTEP grad student in Occupational Therapy, was attending her fourth march in the past year.

“I marched the Women’s March last year in Austin, I did the Science March in San Antonio and I’ve marched for refugees and I’m here now again,” Goldner said. “I really think we need to take a stand and raise our voices because we don’t like what’s going on these days with politics. The fact that we’re all yelling together, through diversity, with the exact one voice that we all believe in these same progressive issues.”

This year, organizers used the march as an opportunity to engage voters, along with the work being done by partner organizations, to bring attention to the urgency of preparing for the November midterm elections. Voter registration was available on-site.

Goldner said the emphasis on voting this year is important.

“I think we all need to take the time to get registered to vote. We can’t just stand by and be silent when we don’t like what’s going on. Apathy is the worst thing you can do,” she said. “The fact that we are all saying the same things in every single city, not just nationally but internationally, I really like coming out here because I can be part of that voice and united front.” 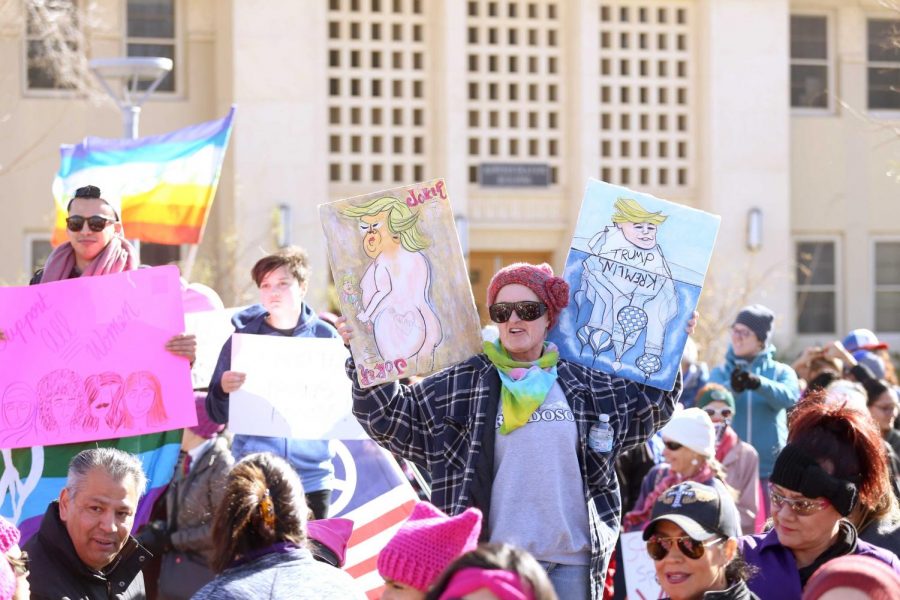