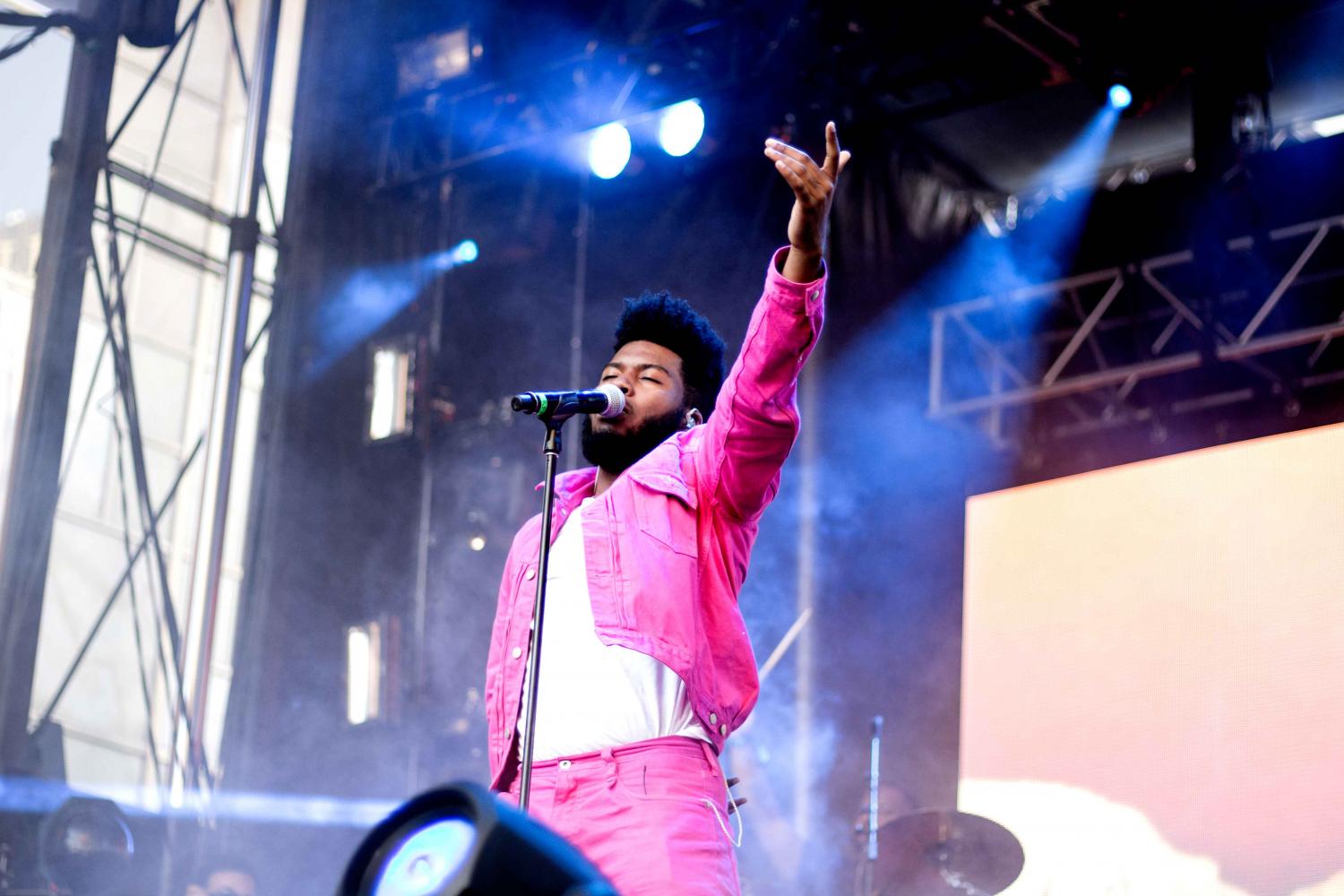 Khalid performs on the second day of Neon Desert Music Festival 2017 on Sunday, May 28.

NDMF 2017 closes with massive crowds and charged up performances 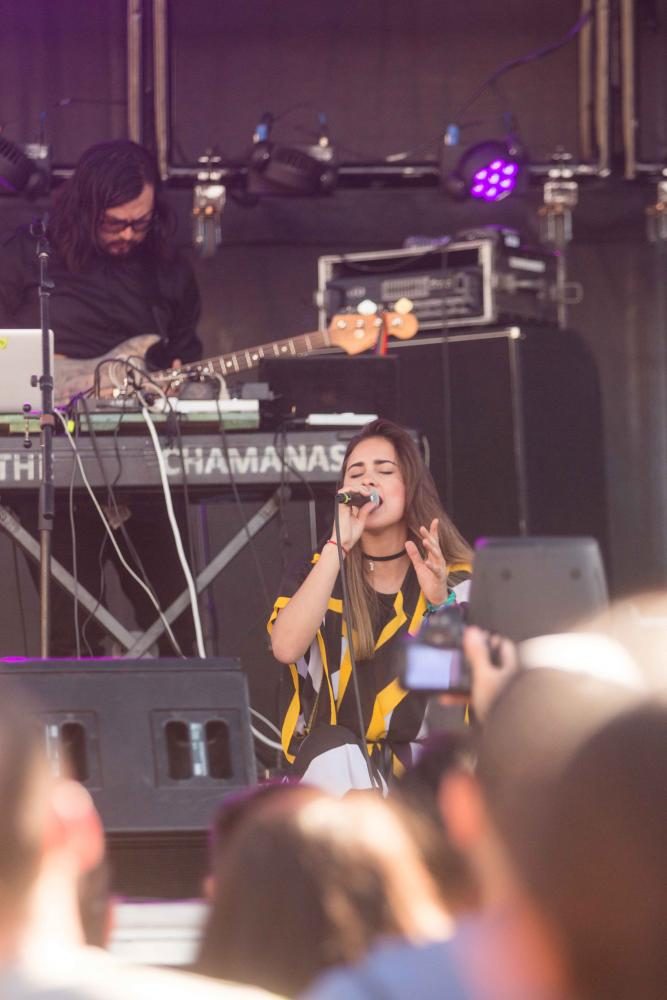 Gallery|25 Photos
Michaela Román
The Chamanas perform on Sat. May, 29 on the second day of Neon Desert Music Festival in downtown El Paso.

Day two of Neon Desert redeemed itself with electrifying/energizing acts and larger crowds. The festival expected to bring in over 40,000 attendees this weekend, breaking their attendance record. Festival goers had the option of seeing seventeen local acts on the Homegrown and Silent Disco stage, and seventeen headlining acts on the three main stages.

Gates opened at 3, but people didn’t start to fill downtown until after 5.

Local artist Stan Z kicked off Day two at the Paso Del Norte stage but people didn’t seem to gather around until later when the borderland’s own, The Chamanas, started playing. The Latin Grammy-nominated group drew a significant crowd of about 50 people. Their sound was very similar to that of Tame Impala’s. It was the lead singer Paulina’s smooth vocals that kept the crowd captivated.

Opening up the Franklin Mountain stage was local cumbia group, Frontera Bugalo. They played to a few of the festival goers who opted to get there earlier. After them, EDM artist, Medasin took the stage. He played to a dead crowd at first. People seemed reluctant to gather around in the heat since there was no shade by the Franklin stage. But as his set went on his beats started picking up and the crowd started to gather.

One of the most energetic and captivating acts of not only day two, but of the whole weekend was Snow Tha Product. The female rapper took the Rio Bravo stage in the middle of the day but still managed to gather a large crowd. She opened by taking shots and talking about being proud to be Mexican. Throughout her performance she kept calling people out and getting the whole crowd involved. She walked everyone through the chorus of her song “Ayayay” and had everyone singing along, even those who didn’t know the words. Her personality and stage presence is what made this one of the most enjoyable acts of the weekend.

The underdog of the night was punk rocker, Ty Segall. He started off enthusiastic from the get-go. His band carried the energy to match him through the whole set. The crowd was sizeable, but his performance was intense and loud enough to travel through the festival.

Hometown hero, singer-songwriter Khalid, was one of the artists most of the festival goers were looking forward to seeing. This proved to be true as he gathered the largest daytime performance crowd. The teen opened up with an audio recording of him talking about his reaction when he first found out he had to move to El Paso, and then what the experience of living in the city was actually like. Straight after the recording, Khalid ran on stage and started with one of his most popular songs, “Let’s Go.” He had people singing all the way to the back. It seemed as if everyone in the crowd knew all of his songs. To wrap up his performance, Khalid played the song that shot him to fame, “Location.” The song, which recently went platinum, had the whole crowd following along and dancing.

Khalid drew an impressive crowd, but it didn’t compare to the one Migos gathered. More than an hour before they were set to go on people started to make their way to the Rio Bravo stage where they performed. Security had to do crowd control multiple times before and during the set to ensure everyone’s safety. Everyone packed in together in a crowd that stretched over two blocks on Mesa Street all the way back to the Franklin stage. They came on to Travis Scott’s “Antidote,” and started working their way through the songs on their album “Culture.” It was difficult for people in the crowd to move or dance but they still tried and kept the energy going throughout all of Migos’s set. The trio closed off with their megahit “Bad and Boujee” followed by only the beginning of “Out Yo Way” as a way to thank the crowd for going out of their way and having them there. They undoubtedly put on the biggest performance of the weekend.

DJ Hardwell closed the festivities with a grandiose light show. The Dutch EDM artist played his way through his hits, keeping everyone pumped. His set seemed to reenergize everyone after a long day of performers.

All in all, the festival brought in large crowds and delivered a successful experience for most, despite the setbacks of day one and initial dislike for the lineup of artists when they were first announced. Every year they seem to incorporate even more music genres than the last.