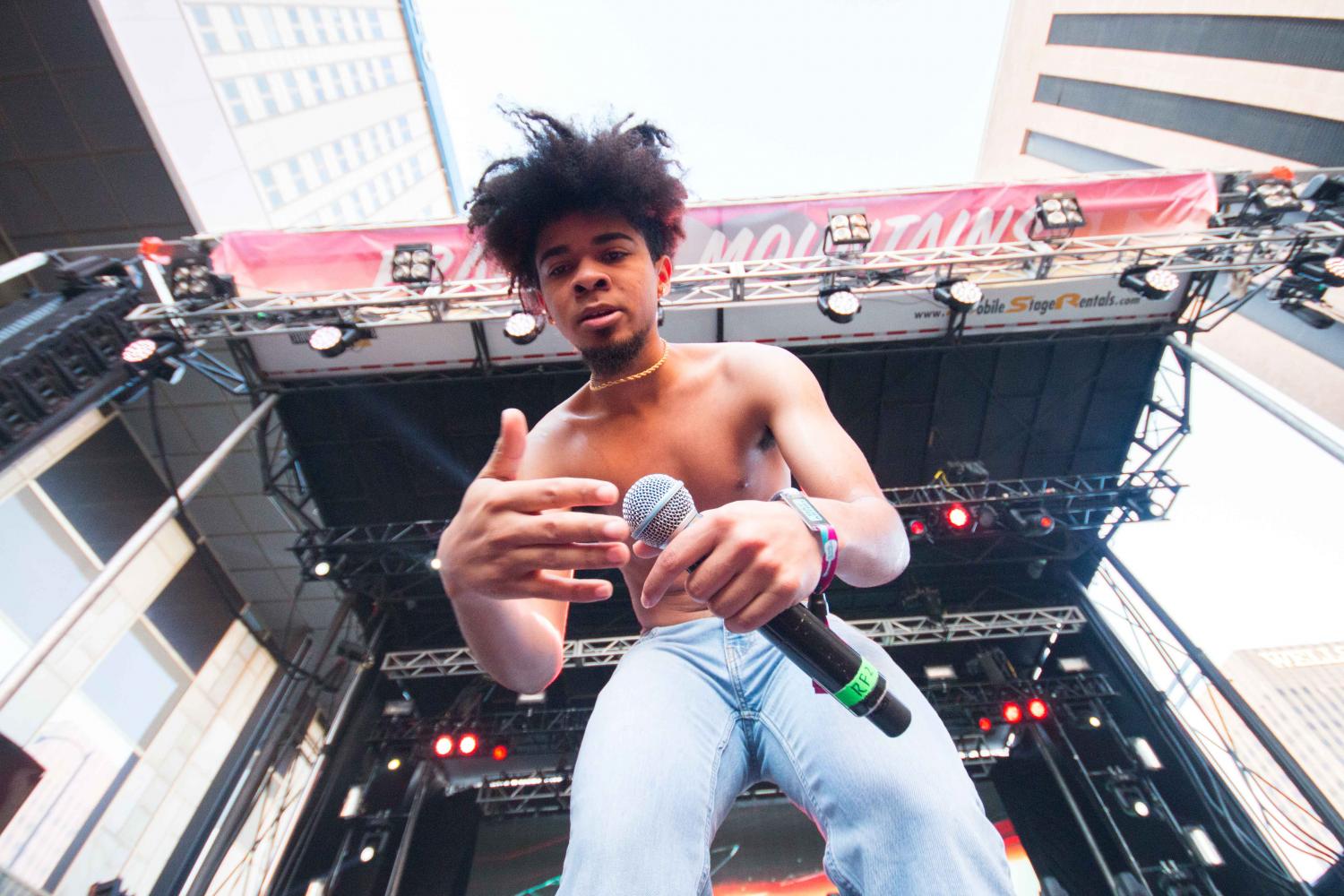 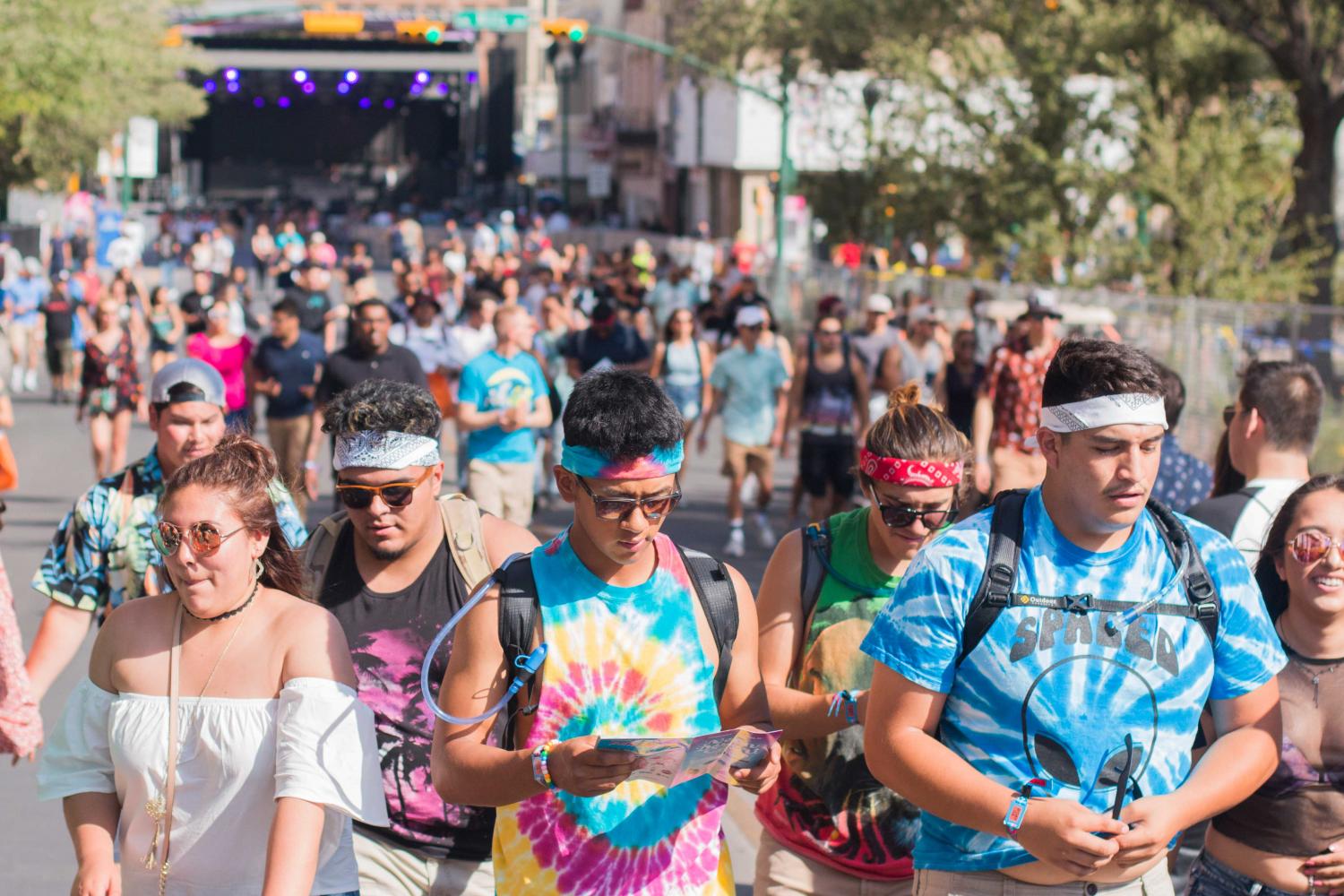 Neon Desert opened up its gates for the seventh year. Setting day one of the festival into motion were headliners, Nelly, Logic, J. Balvin, Los Amigos Invisibles and Alesso. Also taking part in the day were fifteen artists performed on the main stages and seventeen local acts played on the both the Silent Disco stage and the Homegrown stage.

Day one did not go off without a hitch. There were several issues throughout the day, the biggest being Lil Uzi Vert not being able to make it to El Paso. Many festival goers were upset with the cancellation, some of the attendees who bought a single day ticket to see Lil Uzi were not happy they didn’t get to see who they paid for.

El Paso’s Evander Griiim took the stage in place of Lil Uzi. He came out with his hit “The Step” and tried to keep the crowd hyped up by throwing water at them and crowd surfing. His set only lasted twenty minutes, leaving the crowd even more disappointed.

The Rio Bravo stage faced the most problems throughout the night. After Griiim’s short set Nelly was set to take stage. His performance was delayed a few minutes due to technical issues with the sound. After resolving the problem, the rapper came out ready to put on a show. He had the whole crowd singing and dancing along to his hits “Ride Wit Me,” “Cruise” and “Hot In Here,” giving the crowd what they wanted.

Towards the end of the night, everyone seemed to make their way to J. Balvin. Drawing in one of the largest crowds of the night. J. Balvin kept everyone energized and dancing along through his whole performance. Every song he played seemed to be a crowd favorite. Some of the most popular songs he played included “6 a.m.,” “Safari,” “Otra Vez,” “Yo Te Lo Dije” and “Hey Ma.”

Silent Disco is always a hit with the festival goers, serving as a great place to stop by in between acts. The local acts on the Homegrown stage were also a great stop for the festival goers as the walked from one main stage to the other. RIbo Flavin and Nico and the Silent Films closed off the Homegrown stage, both gathered sizable crowds and kept the energy flowing.

The true underdogs of the day were Mija and Tennyson. Mija seemed to revive everyone from the heat haze. This was the early slate with the largest crowd. The female DJ was definitely one of the best acts of the day, giving a great set and keeping the crowd’s energy up throughout her whole act. Even if the crowd hadn’t heard her music before, her party beats kept everyone pumped and dancing.

The brother-sister duo of Tennyson seemed to be the only act on the Franklin Mountain stage that didn’t face issues. Having gone on earlier in the day, Tennyson jammed out delivering indie electronic sounds. Their music was easy to enjoy, keeping the crowd entertained.

One of the most anticipated acts didn’t deliver quite as well as expected, this was mainly due to the technical issues he faced on stage. As Logic was set to start, the generators at the Franklin Mountains stage went out, causing over a twenty-minute delay. Logic still went on stage in efforts to keep the crowd at peace. After power was restored Logic had to stop multiple times during his set because of sound issues. Despite the many setbacks, the crowd stuck around, however, they did not seem to know many of his songs. Neon Desert happen to be the rapper’s first time playing some of his new material live. The crowd would come together and go all out every time he would perform any of his older songs. After the first half of his set, the crowd started trickling out and making their way towards Alesso, who closed the night off.

Let’s hope Day 2 goes by smoother and all headlining acts are able to make it. Gates open at 3 p.m. for the second day.