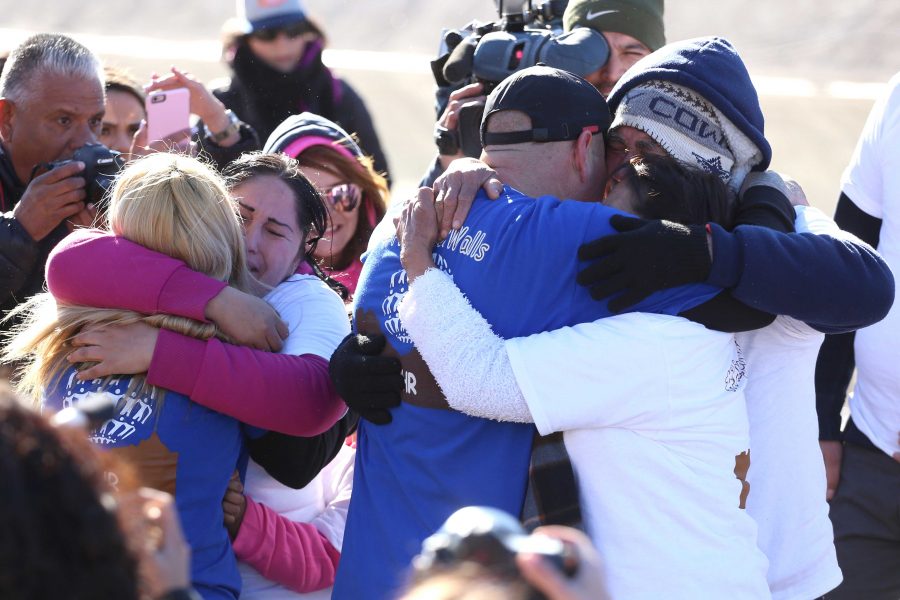 While President Trump signed an executive order to move forward on a wall, the Rio Grande at the U.S./Mexico border was open for hundreds of families reunited Saturday, Jan. 28, for the third annual #HugsNotWalls event, hosted by the Border Network for Human Rights.

Undocumented immigrants living in El Paso and around the U.S. were able to see family members who could not afford visas. Some families had not seen each other for more than twenty years.

Mothers hugged their children and spouses kissed as they walked across a bridge of cardboard and tires across the Rio Grande to hug their loved ones for three minutes.

Fernando Garcia, executive director for BNHR described the event as a time of humanity and love.

“It’s important to stay it’s also an act of protest because we need to bring attention to those families that have been in detention, deported and separated from their family members,” Garcia said.

David Jacquez, a senior at Bel Air high school saw his uncle for the first time. His Dad has not seen his brother in 20 years.

“It’s more for my dad, he wishes he could see him longer. It’s been a long time apart,” Jacquez said

El Paso County Judge Veronica Escobar described this past presidential election as a heartbreaking era for our country.

“What I want everyone to understand, those people who are not from the border is that there is not one single man in the white house and no political party that can change the facts and the truth about the border,” Escobar said.