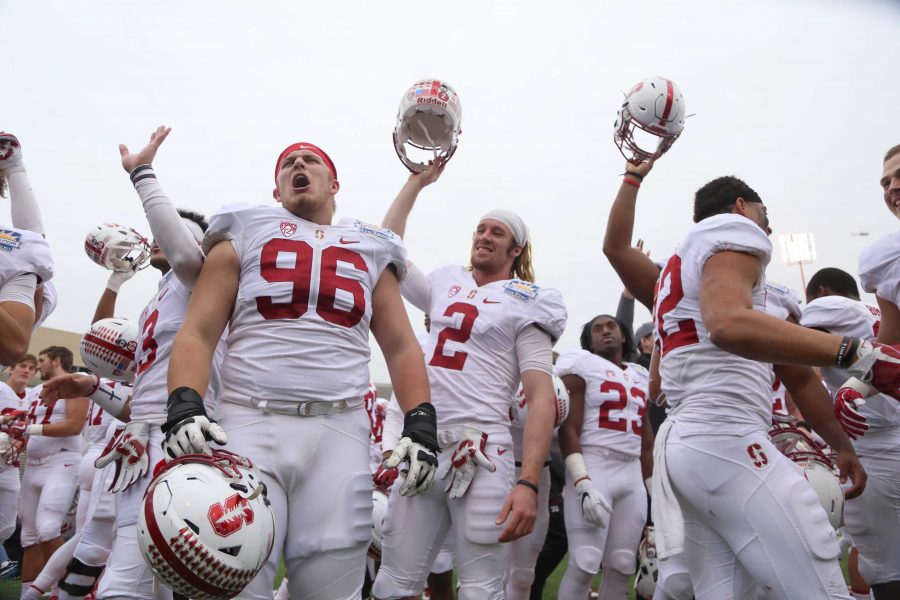 For the Stanford Cardinal football team to defeat the North Carolina Tar Heels in the Sun Bowl on Friday afternoon, the Cardinal defense was going to have to contain junior quarterback Mitch Trubisky and the Tar Heel passing game.

They did not do that.

Trubisky passed for 280 yards, including a touchdown with less than a minute to go to pull the Heels within two points of tying the game. What the Stanford defense did do was force three turnovers – including a pick six – which kept the team in the game despite being held to only one offensive touchdown of their own.

The No. 16 Cardinal managed to leave the Sun City with a 25-23 victory over a game UNC squad despite the high-profile absence of running back Christian McCaffrey who skipped the game to focus on the NFL draft. Stanford head coach David Shaw said following the game that his team’s togetherness could have overcome any player’s absence on the day.

“The heart of this football team really showed tonight. It didn’t always have to be pretty. It doesn’t always have to go to script. But, I tell the guys all the time, it’s not what happens to you, it’s how you respond,” said Shaw with a big smile. “Our guys responded today and I’m really proud of them.”

Resilience was the key for Stanford all afternoon as the Tar Heels jumped out to a 7-0 lead when Trubisky found senior wide receiver Ryan Switzer for a 19-yard touchdown at 8:58 of the first quarter. In the game’s opening drive, Trubisky looked poised and escaped pressure several times while leading his team to a touchdown. 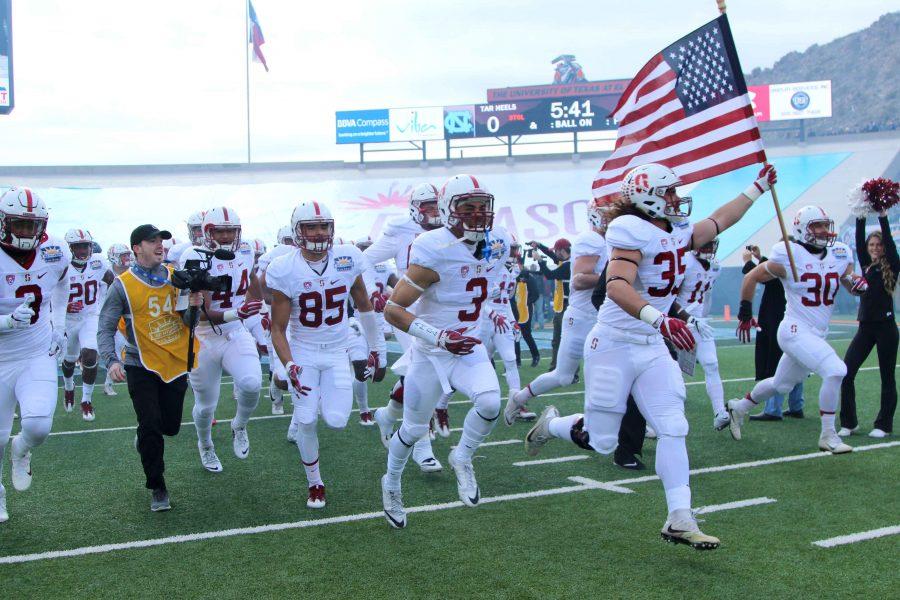 Before the quarter was over, Stanford had responded with a Keller Chryst touchdown pass to McCaffrey’s replacement, sophomore running back Bryce Love.

In the second quarter, with the score at 10-7, the player who could have been the game’s MVP – senior safety Dallas Lloyd – made his first interception. Lloyd would have two interceptions on the day, one a pick six at 14:13 in the fourth quarter to almost break the heart of the Tar Heel contingent.

Alternately, everything that Lloyd did well came at the expense of potential NFL draftee Trubisky. On the night, Trubisky would end with two interceptions and a fumble – also caused by Lloyd.

The defense who kept the Cardinal in the game all night – even after the loss of quarterback Chryst to a knee injury – came up big yet again when the Tar Heels were forced to go for a 2-point conversion with seconds left in the game with the score 25-23. Defensive end Solomon Thomas – who only a drive before had made a crucial sack – came up big yet again when he tackled Trubisky in the backfield for a big loss, ending any hope the Tar Heels had for a Sun Bowl victory.

After the onside kick failed, the Stanford Cardinal sideline erupted and head coach David Shaw had his fourth bowl victory as Stanford head coach and the PAC-12 had their fourth Sun Bowl in a row.

Tweets from the game:

The ref couldn't get out of the way in time and forced the fumble off Trubisky #SCNotTop10
📸: @michaaaela_ pic.twitter.com/PeXAc4zfTP