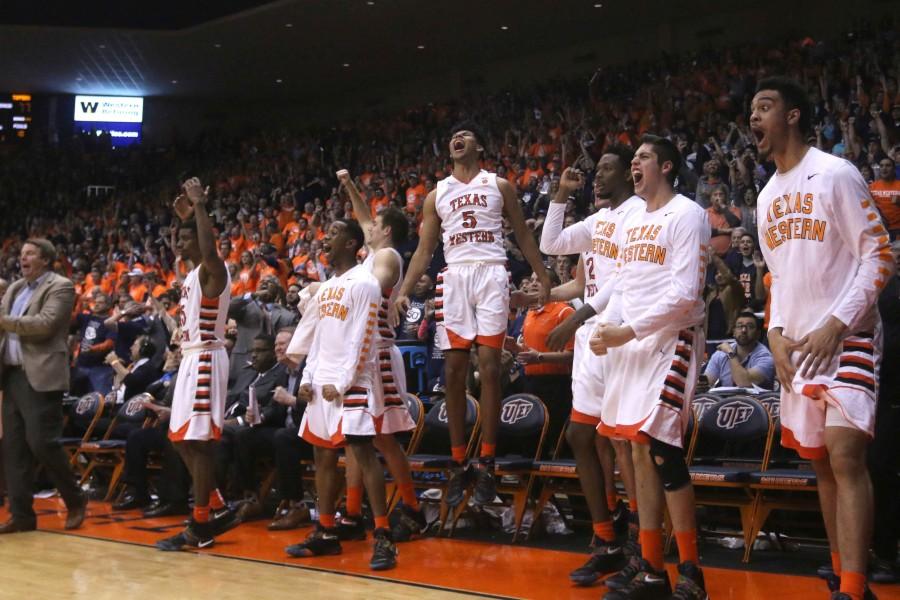 Miners rally from 19 to top Hilltoppers 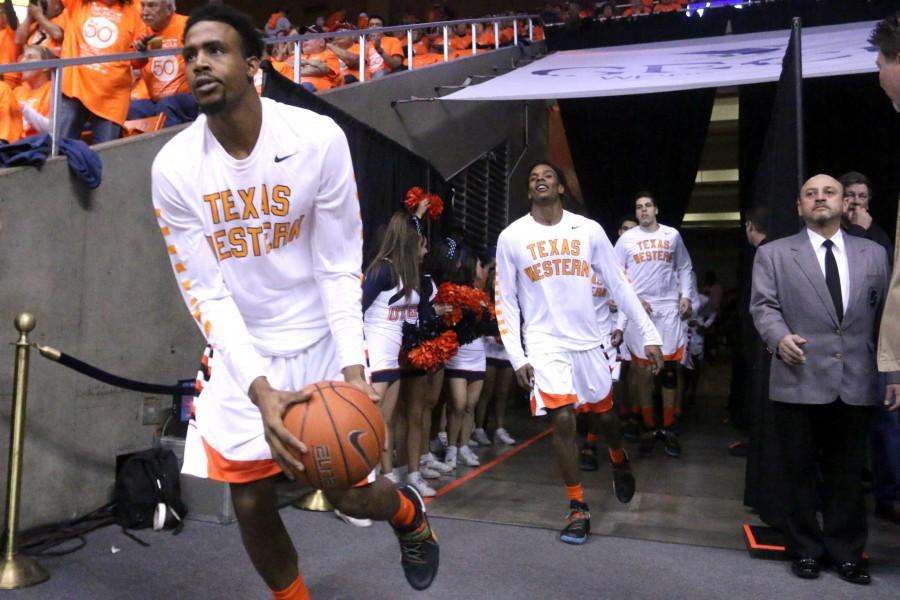 Earvin Morris scored nine points in overtime as the Texas Western Miners stole the 94-87 win over Western Kentucky in the game that commemorated the 50th anniversary of the 1966 national championship.

Lee Moore erupted during the second half, totaling 23 points and Earvin Morris followed him with a career-high of 33 points.

It was Moore who tied the game on a three-point play with 26 seconds to go. The Miners then held Western Kentucky on defense and won the battle in overtime.

To take a unique twist to the usual pregame lineups, the Miners invited the starting five of the legendary ’66 team to accompany the starters of the 2015-16 team onto the court. Accompanying the present-day starters were Tina Hill (wife of Bobby Joe Hill), Orsten Artis, Harry Flournoy’s sister, David Lattin and Willie Worsley. Mary Haskins, wife of Don Haskins, was presented in the pregame alongside head coach Tim Floyd. Don Haskins’ assistant coach, Moe Iba, was also credited in the pregame lineup.

After the break, the Hilltoppers scored 30 points in 12 minutes. All hope to win the game was fading for the Miners, but after the seven-minute mark, momentum shifted in the Don Haskins Center as the Miners rallied and tied the game.

The key in the second half was offensive rebounds. The Miners did what they had not done in many games: snatch 20 offensive boards to give their offense a second-chance opportunity. Terry Winn, Hooper Vint and Lee Moore contributed with key pick-ups at the last stretch.

This was the largest come-from-behind victory under head coach Tim Floyd.

“We just played inspired and a lot of it stemmed from the energy in this building,” Floyd said. “I thought the energy of the weekend, the energy of the event, the importance of it to the people who live here in El Paso and the fact that it’s such a big part of our fabric, and a big part of our pride in terms of our community. And I think we’ve always felt like we’re the one basketball town in the state of Texas, and I truly believe that and it’s really important to our people.”

During overtime, the Miners rocketed out with seven consecutive points from Earvin Morris. The Miners were able to extend a dominant lead, and Western Kentucky trailed the entire overtime.

Along with his 23 points, Lee Moore also posted his first double-double, adding 11 rebounds.

“He (Moore) didn’t score at all in the first half. He was 0-for-5 from the field,” Floyd said. “Lee is a very talented young man. He made two big threes but a lot of plays at the rim. He is just a baller and he has a lot of confidence in himself.”

In front of a sellout crowd of 12,000, fans were encouraged to wear a complimentary t-shirt in honor of the ’66 team. At the half, all the players were honored individually with President of the NCAA Dr. Mark Emmert present. Throughout the game, ex-affiliates, fans and supporters of the 1966 team gave testimonies about the legacy the squad brought throughout the world. Videos from

Next the Miners will go on the road to face FIU (Feb. 11) and Florida Atlantic (Feb. 13) on the road in hopes of winning their first road game of the year.