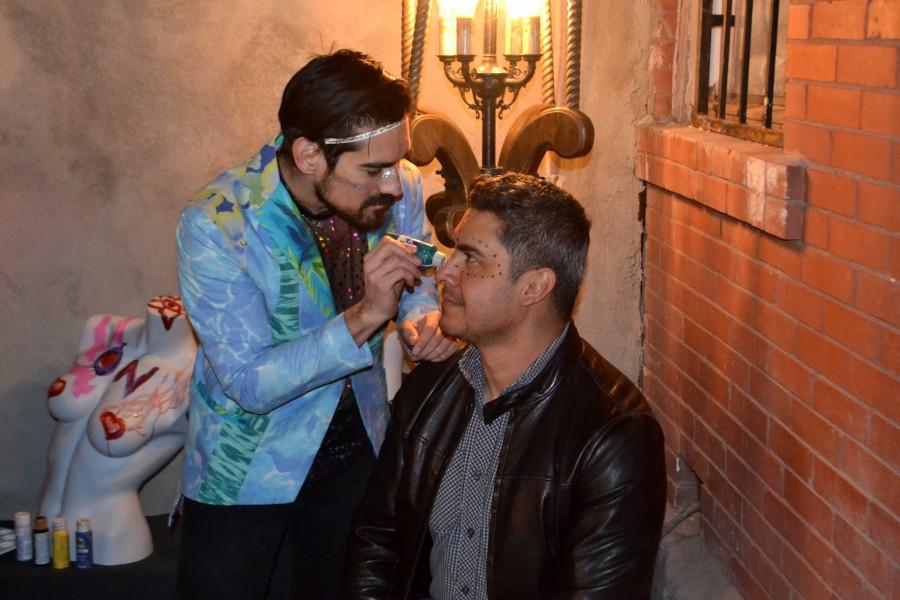 Aaron Torres, event coordinator, paints the face of one of the attendees.

Love Buzz, a bar located at 3011 Pershing Drive, hosted the first official “Thursgays: Ride the Rainbow.” The night featured an array of local art, comedy and musical performances, including LEZBINATI, a female hip-hop group from El Paso, all geared to celebrate the LGBT community. From designer fashion to photography, face painting to drag, the night became a hub of artistry where local artists came to share and show their work.

The bar is a neighborhood dive snugged between a Dollar General and the Pershing Inn, two businesses that have been there for decades. There was a unicorn piñata with the rainbow horn standing on the table in the middle of the room. The bartender, a bearded guy casually sporting a unicorn onesie, was the first person to greet everyone. On the patio, patrons were able to paint blank mannequins, buy handmade jewelry and paintings from local artists.

With a title like “Ride the Rainbow,” it’s easy to assume that this event was marketed specifically to the gay community alone, but Aaron Torres, the event’s coordinator, said that it isn’t true.

“It’s not gay night at Love Buzz,” Torres said. “To me, it’s queer night. It’s a night about openness and really an accepting of everybody regardless of orientation and gender.”

This is Torres’ first year back in El Paso in a decade. His plans for the city begin with events like “Ride the Rainbow.”

“Pride Square (El Paso’s gay club strip) is known as a safe spot, but I want people to realize that El Paso is really open minded and progressing to where you can be yourself at any bar,” Torres said.

The night lived up to its name. From the bold rapping of LEZBINATI to The Genders self-proclaimed genderless post-punk rock, “Ride the Rainbow” aimed to provide entertainment one would not usually see at Pride Square in downtown El Paso.

“Even by virtue of having a show where there is hip hop, there’s rock ‘n’ roll, there’s comedy,” Torres says. “It sets a precedent for diversity.”

Almost everyone in attendance wore the rainbow color spectrum somewhere on their body.

Kat Alaniz, one of the night’s comedians, sees “Ride the Rainbow” as something more than a celebration of the LGBT community.

The idea is ambitious, but not the least bit unattainable. As El Paso expands to becoming one of Texas’ well-known cities, it will need its thinkers, artists and doers to meet one another, and events like “Ride the Rainbow” give them a chance to build relationships that will help them achieve their plans for El Paso.

Love Buzz will be hosting Thursgays every third Thursday of the month from 8:30 p.m. to 2 a.m.

Mike Vasquez may be reached at [email protected] 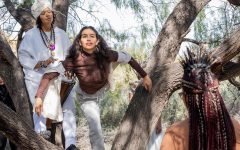 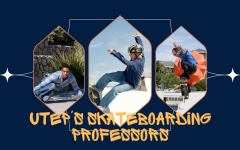 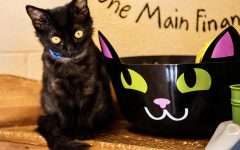 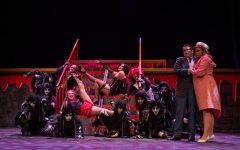 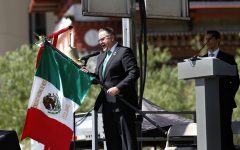 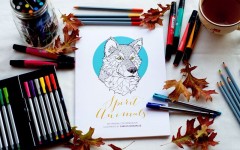 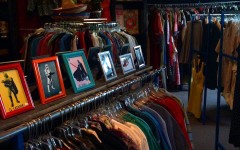 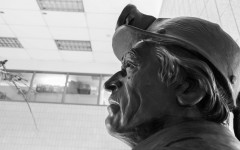 UTEP in Black and White

Love is art, couple lets their paintings be the driving force of their success

When walking through the Stanlee and Gerald Rubin Center for the Visual Arts you’ll encounter walls covered in student art work. Standing tall on...