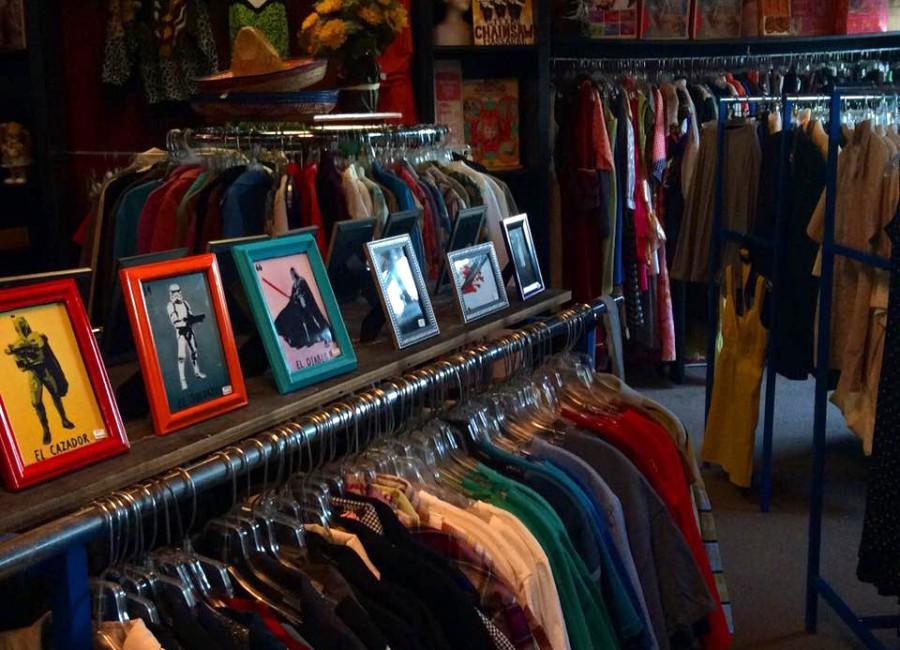 Editor’s Note: Other examples of Star Wars Loteria have been circulated before Martinez’s work. Although the origins have not been confirmed, it is speculated that first appearances of this kind of work can be found circa 2010 in Austin by artists such as Chepo Peña.

The Star Wars franchise and the ever-popular Mexican family game Loteria have become social and cultural icons. They have withstood the tests of time and are recognizable by all generations.

One local artist has recognized the significance of both cultural icons and has fused them together to create a rare artistic depiction. Roman Martinez, following after Austin artists such as Chepo Peña, is known for his ‘Star Wars Loteria’ collection, along with his other artistic ventures. His integration of Star Wars characters with a Loteria, like Chepo Peña’s, have been prolific here in the region and other cities, and is being showcased locally at The Red Door Vintage, La Parada, KLAQ StreetFest and other festivals and gatherings.

“I’ve loved Star Wars ever since I was a kid,” Martinez said. “It’s the geeky side of me. I used to draw the characters as a kid. It’s always been one of my favorite things to sketch out.”

Martinez grew up in Houston, where he spent much of his childhood drawing and sketching. Martinez said he spent a lot of his high school years enrolled in art classes. He eventually graduated from The Art Institute in Houston with a degree in graphic design.

He worked for Young Life, a non-profit organization focused on enhancing the lives of young adults, for 10 years before moving to El Paso in 2004. He then began working for El Paso Scene as a graphic designer. Martinez said he did a couple of small, commissioned pieces and murals around town and in Pecos. He then moved to Chiapas, Mexico to work for Young Life again, and that is when he became extremely inspired.

“During my stay in Chiapas, I was exposed to so much culture,” Martinez said. “There were obviously indigenous people around and they reminded me so much of my grandmother. It truly reminded me of where I come from.”

Martinez also credits being able to see artwork from Alfaro Siqueiros, Diego Rivera and Jose Orozco for his motivation to depict his own culture in his artwork.

Martinez returned to the U.S. in 2012. It was then that he saw Banksy’s “Exit Through The Gift Shop” and knew exactly what he wanted to do with his own artwork.

“While watching the documentary, I felt like all I wanted to do was go home and start painting,” Martinez said. “I did just that. I went home and painted so much and that is what I’ve been doing ever since. I can paint all day.”

Martinez started playing around with stencils and different textures..He then had the idea for his ‘Star Wars Loteria’ collection.

“I started off only with a set of 12 canvases,” Martinez said. “I debuted them at the KLAQ Balloonfest and it was a hit. So then I did more and started showcasing them at different events. There has been such an incredible reception from the El Paso community and even other cities. Now I do smaller prints and buttons of the bigger canvases to accommodate different likings.”

Martinez said his business has stayed steady with only a small pop in business ever since the release of “Star Wars: The Force Awakens,” but said he expects to add the newer characters to the collection.