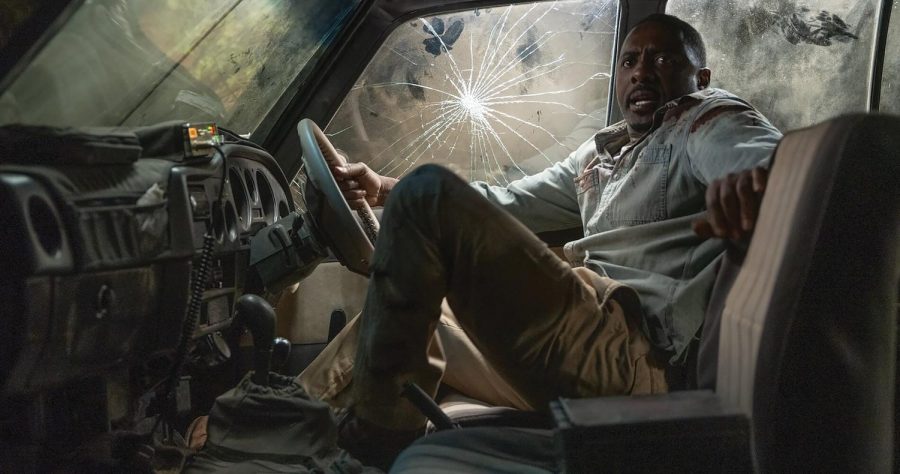 "Beast,"starring Idris Elba, Leah Jeffries, and Iyana Halley, is a thriller about a family whose trip to Africa takes a dark turn when a rogue lion terrorizes them. Photo courtesy of Universal Pictures.

Editor’s note: This review has no spoilers.

Though it was not anticipated to be a blockbuster, “Beast” stood out with its four-dimensional characters, adding depth to the normal bestial thriller. Although the film is formulaic to the average trope, its unique stands lesson is of overcoming grief and how a family moves forward after loss.

From the beginning, there is tension between Samuels and his oldest daughter, Meredith, or “Mer” as she prefers to be called. Mer is following her mother’s footsteps in photography and she makes sure her father knows that she notices his lack of interest in her hobby. Samuels’ relationship with Norah is healthier, however this leads to her character acting as more of a mediator.

Their second day in Africa, Martin takes them out on a safari. We begin to get a glimpse of the girls and the contrast in their relationship with their father and Martin. Everything is going well until they visit a neighboring village where there is carnage among the people. When trying to help a stray villager, they stumble across the lion responsible for the deaths.

Throughout the film, the viewers learn more about the lion and how he came to be rogue. We become more aware of poachers, anti-poachers, and the roles of lions in their pride.

The greatest theme to be found in the film is how to manage grief. Samuels and his daughters must learn to overcome their adversities with one another to survive, whilst having one another’s back. “Beast” introduces the theme of how nature has its own rules as well. The lion is primal and has no regard for civility, whether someone means no harm or not.

The ending was no surprise but ties the whole film up nicely. Samuels is able to find closure after all his emotional turmoil, tying up the grief theme within the film.

There are moments where you are left on the edge of your seat with tension and other moments where you feel for this family. The shots are beautiful and set the tone and atmosphere. I would recommend this film to anyone looking for a little extra added to their action thriller. I would give this film a 7 out of 10. “Beast” is exclusively out in theaters everywhere.