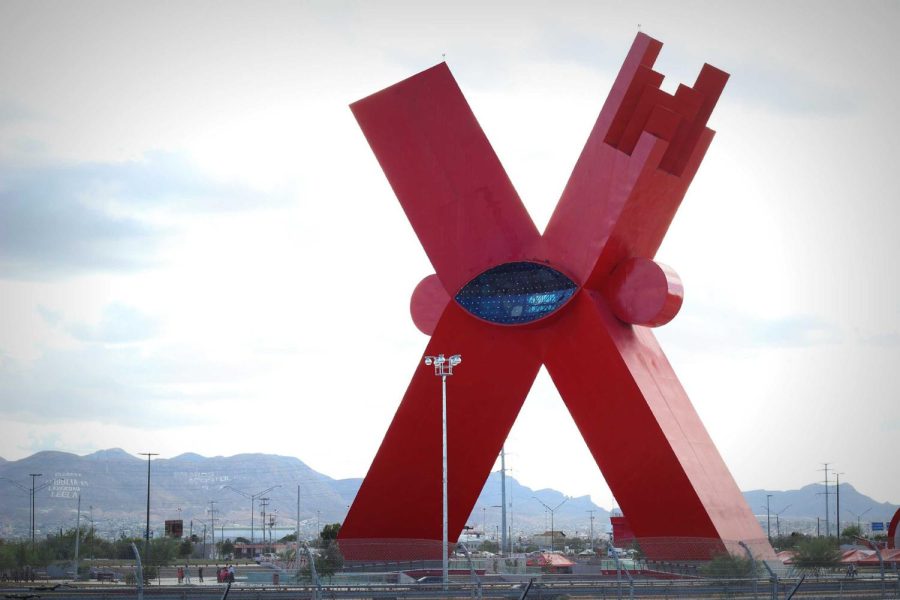 Prisoners from the rival gangs of “Los Aztecas” and “Mexicles” fought during a riot inside the Centro de Reinserción Social in Ciudad Juarez. The riot later spread, killing and injuring many civilians while also burning several convenience stores. The Prospector’s photo archive.

At 1 p.m., Aug. 11, according to multiple news sources a riot broke out inside the Centro de Reinserción Social (Cereso) No. 3 in Ciudad Juárez, where prisoners from the rival gangs of “Los Aztecas” and “Mexicles” fought, leaving two people dead and several injured.

After the incident, chaos began to spread, resulting in convenience stores being set on fire and attacked with molotov cocktails, as well as shootings across the city.

Among the victims were a four-year old that was shot, two women died after being inside a convenience store that was set on fire, and four local reporters, including Alan González from Switch FM, were deadly shot outside a restaurant while recording a segment, according to Excelsior.

Almost immediately, businesses, schools, and public places evacuated their establishments and shut down for the rest of the day. In the absence of an emergency declaration from the city and state, the streets were empty, as residents seemed to stay inside and businesses closed.

At 10 p.m. Chihuahua Gov. Maru Campos and Ciudad Juárez Mayor Cruz Pérez Cuellar expressed condolences to the victims of the violent acts throughout the city.

“I reiterate promise of working to the maximum of my strength and abilities to ensure the well-being of the people of Juarez,” said Gov. Maru Campos via Twitter. “Immediately I ordered operatives be deployed throughout the city.”

Cruz Pérez Cuellar posted a video on Twitter thanking the municipal police for the ongoing efforts to dissipate the violent attacks, stating that Juárez does not give up and encourages citizens to stay together during these uncertain times.

“I trust every single one of our police offers, our Secretary César Muñoz and his entire team that they have not left the streets and are frontline,” said Cruz Pérez Cuellar via Twitter.

Juarenses have expressed their opinion through social media demanding the authorities for better protection and complaining about the late response of security organization like the Mexican National Guard, Mexican Armed Forces, ministerial, federal and municipal security corps.

UTEP alumna Lourdes Jiménez said that this tragedy brought back the feeling of uncertainty from 2008 and hopes this was just a bad weekend and not a commonality. She reflected on the option of seeking refuge in El Paso.

“For now, everyone is taking cautions and not going to El Paso if they can, so it may be faster to commute,” she said. “On the other hand, I can see how that will end up badly. If I had the way to stay in El Paso financially I would, but that’s not the reality for many of the border commuters at UTEP. Only time will tell how things go.”

Armando Domínguez, a 26-year-old dentist in Ciudad Juárez, expressed his opinion on the situation as shocking and as a moment to demand safety.

“There are a lot of feelings afloat when stuff like this happens,” he said. “Years ago, there was a lot of violence in the city that changed the life of so many, urging them to leave the city, lose their jobs, fear extortions, kidnapping, assault, and more. We can’t make the same mistakes from the past. We must demand the authorities for a better impact on the city.”

Valeria Hernández, a 22-year-old law student at Universidad Autónoma de Ciudad Juárez (UACJ) who was in the middle of a shooting Aug. 11 in Av. Tecnológico said that she is thankful her mother and herself were able to go back home safe. She compared the gang shootings to the recent shootings in Texas, saying there is no place nearby to feel safe.

“Both places are experiencing hard times of violence. The United States, with all the gun control situation and Juárez with the narco,” Hernández said. “It would be ironic to run away from Juárez to find refuge in El Paso, when both cities are living in similar situations.”

Arturo Terrazas, a 34-year-old English professor at a private elementary school in Juárez said that he is afraid violence will affect educational institutions as parents might fear taking their children to school, and he feels limited in his daily activities.

“I would consider Juárez not safe since years ago,” Terrazas said. “I still have this fear that anything could happen any time. I remember that 12 years ago, a similar situation happened where everything stopped. We lost a lot of people and people lost their jobs. I felt lost, I didn’t know how long this would go on.”

Despite the unfortunate situation, Terrazas recognizes the resilience of the people in Juarez as having the ability to manifest a rebirth of different and innovative ideas to get back on their feet.

Maria L. Guerrero Duran is the web and copy editor and may be reached at [email protected]; @bymariaguerrero on Twitter and Instagram.