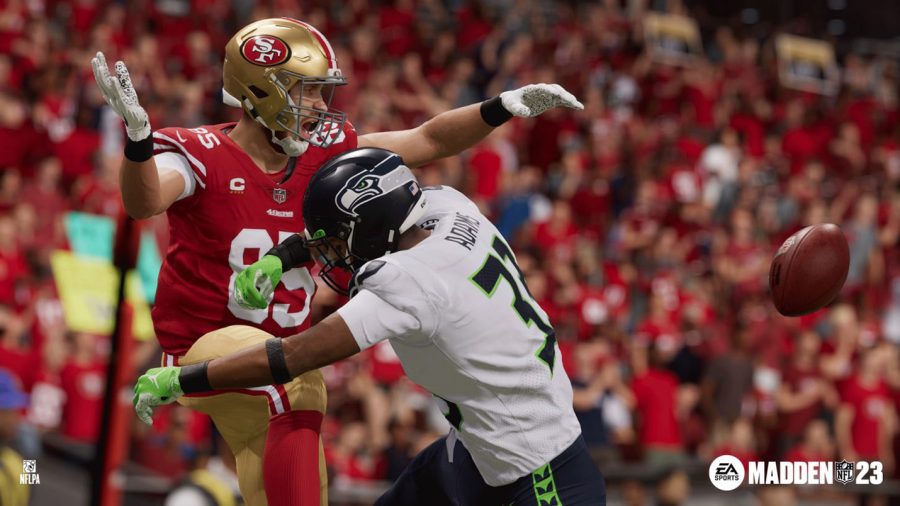 With the 2022 National Football League (NFL) season on the horizon, “Madden” and EA have been releasing position rankings daily. The AAA Game’s annual release never fails to stir up controversy, whether it’s the gameplay, the onslaught of microtransactions, or the monopolization of the NFL License, the ratings always create some sort of storm. This year is no different. But instead of looking at specific players, it is always fun to see how teams stack up in the ratings.

This year’s top three teams are the Tampa Bay Buccaneers (92 overall), the Buffalo Bills (89 Ooerall), and the reigning Superbowl Champions, Los Angeles Rams (88 overall). At face value, these ratings may seem skewed to favor the seven-time Super Bowl Champion Tom Brady. But are they really? Analyzing the team’s previous seasons and their offseason moves may provide some clarity in Madden’s choices.

The 2021 LVI Super Bowl Champions faced an enormous amount of criticism entering the 2021 NFL Season. The team invested a hefty amount of their salary cap towards star players like signing DeSean Jackson and resigning Leonard Floyd. Of course, the team’s greatest gamble was trading away their former first round pick Jarred Goff (and several high-value draft picks) to the Detroit Lions for veteran quarterback Matt Stafford. The Rams also made several in season moves like attaining linebacker Von Miller and wideout Odell Beckam, Jr. (OBJ). LA was all in and cashed out with a Lombardi Trophy at the end of the season.

This offseason, however, hasn’t been as kind. Von Miller was picked up by Buffalo and OBJ suffered an anterior cruciate ligament (ACL) tear during last year’s Superbowl, rendering him to the sidelines to start the season. The offense also lost a key component in veteran left tackle Andrew Whitworth to retirement. With that being said, a serviceable replacement for Miller was found in Former Seattle Seahawks Linebacker Bobby Wagner. Despite the notable departures, the Rams seem to be in a fairly good position moving into training camp. The team’s depth is unmatched, and most star players are on contract with the team. Heading into this season, the team’s rating is seemingly underrated compared to their successes.

The Buffalo Bills must be one of the more frustrating franchises in the league. Along with the Baltimore Ravens, the Bills always find themselves in the Super Bowl conversation, and rightfully so. They have the talent; a franchise QB in Josh Allen, a star-studded receiver in Stefon Diggs, and now a veteran linebacker in Von Miller. Yet, each year leads to a heartbreaking end for Bills Mafia. This team has made some additions this offseason, namely to their defensive line in hopes to bring pressure to the opposing teams. The Bills are clearly one of the better teams in the league no doubt. But one would be hard-pressed to make the case that the Bills are a better team than the literal reigning champions.

Let’s be honest here, without Tom Brady under center, the Bucs are easily a Top 10 team. The amount of depth they have on both sides of the ball is hard to find. There was some doubt as to whether the team would be the same without Tom Brady, but those concerns were washed away as soon as he “unretired.” Even if Brady retired, finding a bridge quarterback would not sink this team. Their biggest loss was tight end Rob Gronkowski to retirement. That spot was filled in the draft after Tampa Bay selected Washington tight end Cade Otton in the fourth round. Most recently, the addition of wide receiver Julio Jones adds to an already stacked receiving core with Chris Goodwin and Mike Evans. This team is a high-caliber unit that can clearly contend for a Lombardi this season. But similarly to Buffalo, the team’s rating might not be appropriate to LA’s relative success.