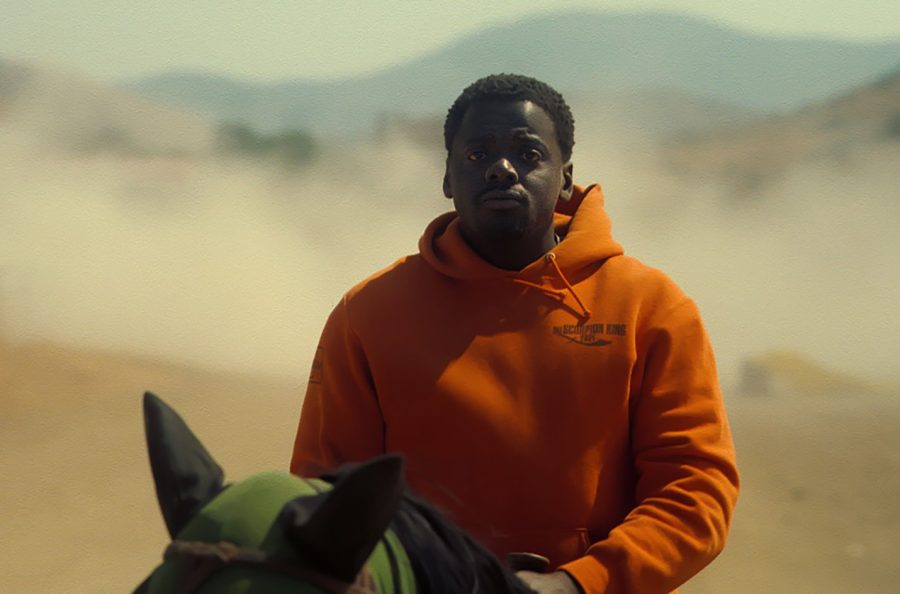 Following the success of his first two movies “Get Out” and “Us,” Director Jordan Peele has released yet another blockbuster that has completely revitalized and reshaped the horror genre in the film industry as we know it.

“NOPE” functions as a comedic, sci-fi hybrid while still maintaining all the build and tension of a great horror movie with a slight western twist.

The story not only manages to invoke fear with its intensely gripping atmosphere, but it also portrays a deep sense of familial love and a thorough appreciation for the true history of moviemaking.

The pair has to tackle the grief of this loss while fighting to maintain the image their family built up and overcome the major differences they face after many years apart.

While the beginning may initially paint a story surrounding family struggles and wanting to uphold significant cultural legacies, the movie quickly takes a turn for the supernatural when the Haywood siblings start noticing some suspicious behavior regarding the animals they care for, the land they are on and some revelations about their father’s death.

Without giving too much away, Director Jordan Peele takes the classic UFO story and completely flips it on its head.

People can go in expecting nothing but the unexpected when it comes to the way the sci-fi elements in this film are tackled.

The use of animals and the extraterrestrial creates a general, poignant theme of exploitation. Even in a trippy setting like this, when a sensation is presented to humans, you can count on them to try and capitalize off of it.

The film ends, in its own nature, in a beautifully resolved way. Each character’s respective storyline is fulfilled realistically, but remains satisfying. The whole plot felt incredibly well rounded and worthwhile. Altogether, this movie gets a 9.5/10.

“NOPE” is available to watch exclusively in theaters everywhere and is a recommended summer horror flick.