Hayward is even better after a strong 2021 season 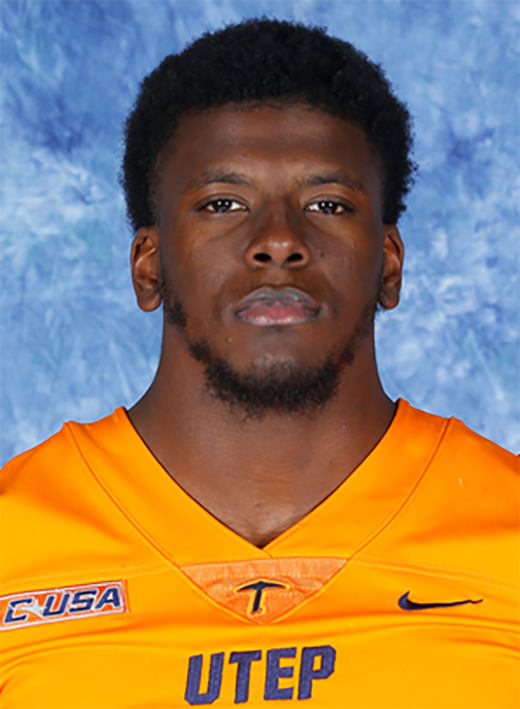 With the start of the 2022-2023 season for the UTEP football team around the corner, there are players who excelled last season and are hoping to do even better this year. One of those players is starting senior linebacker Breon Hayward. Hayward was also named to the Athlon Conference-USA All-Honors list along with 13 other football players June 30.

Originally from Houston, Texas, Hayward started his collegiate career at Navarro College, and led the team with six sacks and one forced fumble. Then, he would go on to transfer to the University of Marshall Thunder Herd, where Hayward redshirted in 2018. With Hayward’s arrival to UTEP in 2020 as a redshirt sophomore, Hayward posted 17 tackles in his six games played.

What got Hayward into football was a simple event that turned into a passion.

“I started playing football when I was like 7 or 8 years old, cause I was always running around the house doing reckless stuff, so my mom and them decided to throw a football at me, something good for me to do,” Hayward recalled.

His favorite professional athletes and those who he looks up to are current National Football League players that consist of linebacker for the Tampa Bay Buccaneers Devin White, starting middle linebacker for the Baltimore Ravens Patrick Queen, and Pittsburgh Steelers linebacker Devin Bush. He also explains why they are his favorite.

“Like a couple people who I look up to know are Devin White, Patrick Queen and Devin Bush, all of them are pretty good players, and because they are very instinctive, fast, and they play very physical,” Hayward said.

Hayward explains what inspires him to work during the season and why he had that extra step to finish that work out or sack.

“Everything that inspires me is my son Breon Hayward Jr. He’s the reason why I go so hard and work so hard at everything. Every extra step is for him because I gotta take care of him. I gotta make everything count,” Hayward said.

On the goals for his upcoming season, Hayward only has one goal, and that’s to have a winning season.

“Every week, hopefully, we should go 1-0 and at the end of the year, we should be where we want to be,” he said.

The Miners open their season against the University of North Texas Mean Green at 7 p.m. Aug 27 at Sun Bowl Stadium.

Daniel Alec Lopez is the sports editor and can be reached at dalopez23miners.utep.edu.