‘Ms. Marvel’ lacks luster compared to other shining stars in the Marvel lineup 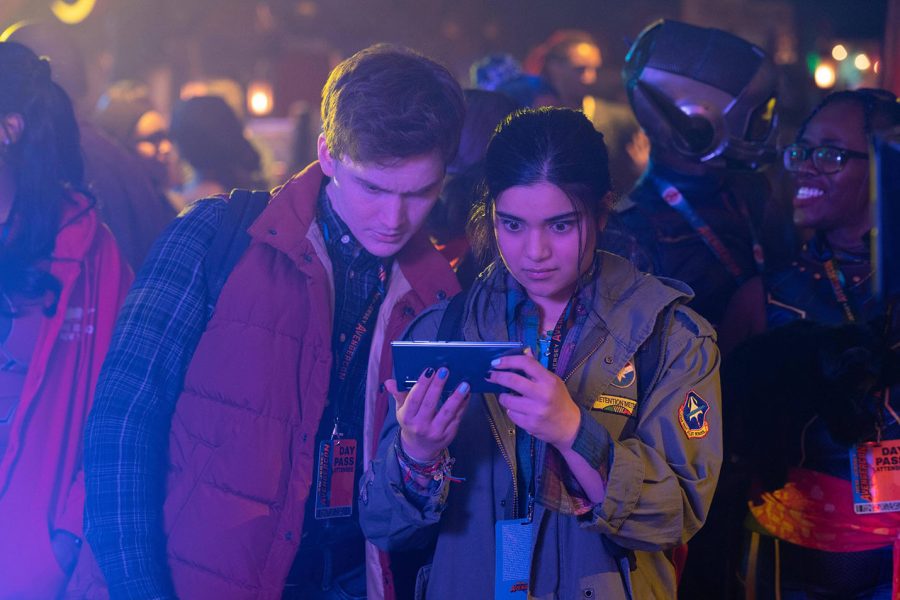 Starting off the first season with six episodes, Marvel has encapsulated the humor, youthfulness and uniqueness of Kamala Khan/Ms. Marvel (Iman Vellani) in the latest addition to the list of Disney+ shows, “Ms. Marvel.” Premiering June 8, the show has quickly become a fan favorite show but struggles with low viewership according to an article published by Forbes. Ms. Marvel’s lack of depth in different aspects makes this show both a hit and miss.

Being a Pakistani-American superhero, Khan is the newest superhero addition in which so many people of color can look up to as the first Muslim superhero in the Marvel Cinematic Universe (MCU).

Ms. Marvel had high hopes for representation and did deliver in some aspects, but it still uses the stereotype of being another small-town girl with big dreams and big idols and her struggles to find herself.Although the show tries its best to modernize the tale by having Khan aspire to be Carol Danvers/Captain Marvel (Brie Larson) and trying to come to terms with her Pakistani roots, the show becomes child-like.

In the show Khan is 16 years old and it’s evident based on how the show allows the audience to view the struggle from her point of view, but it becomes too child-like at certain points and doesn’t feel like a continuation of Phase Four of the MCU. With hit shows like “WandaVision” and more recently “Moon Knight,” the standards are high to provide great storytelling while creating a thread connecting future and past MCU films; which is where “Ms. Marvel” seems to miss the mark.

Adding to the faults of the series, Khans’ powers have been changed compared to the comic books, which is surprising since Marvel is known to refer highly to the comic books and the originality of its characters with their own twists. Other faults include the CGI fails and lack of attention to detail that make the series feel rushed and almost thrown together, further proving Marvel is currently concerned more with quantity than quality. However, even with its faults, the show does redeem itself with supporting characters like Bruno Carrelli (Matt Lintz), and Muneeba and Yusuf Khan (Zenobia Schruff and Mohan Kapoor). From the humor to how much we might see our parents in Kamala’s’ parents is what makes this story loveable and relatable to audiences.

*Editor’s note: the remainder of the story contains spoilers for episode 6 of of Ms. Marvel*

The season finale which aired on Disney+ July 13 finally brings back the thread missing in the first five episodes, from Kamala finding out she is a Mutant, the show teases for the possibility of the “X-Men” to finally make an appearance in the MCU. Although the show may not have been perfect, as many shows aren’t, the ending leaves audiences wanting to give “Ms. Marvel” another chance.

In a post credit scene, we find both Kamala and Carol have switched places after Kamala’s bangle – believed to enhance her mutation powers – begins to glow, causing for the switch. Confused, the idea that Kamala could finally meet her idol has you rooting for her and even wanting to see more of her. Luckily this is not the end of Kamala Khan and even Carol Danvers as both are set to return for the upcoming 2023 film “The Marvels.”

Overall, the show is a 6 out of 10, even with highlights in many episodes, the lack of attention to detail and not feeling like a true Marvel project leaves audience members wanting more. There is no confirmation for a second season, but if given the green light, hopes are for Marvel to return to its original form of directing and making the story feel easy to grasp and not feeling like a piece of the middle piece of a puzzle is missing.