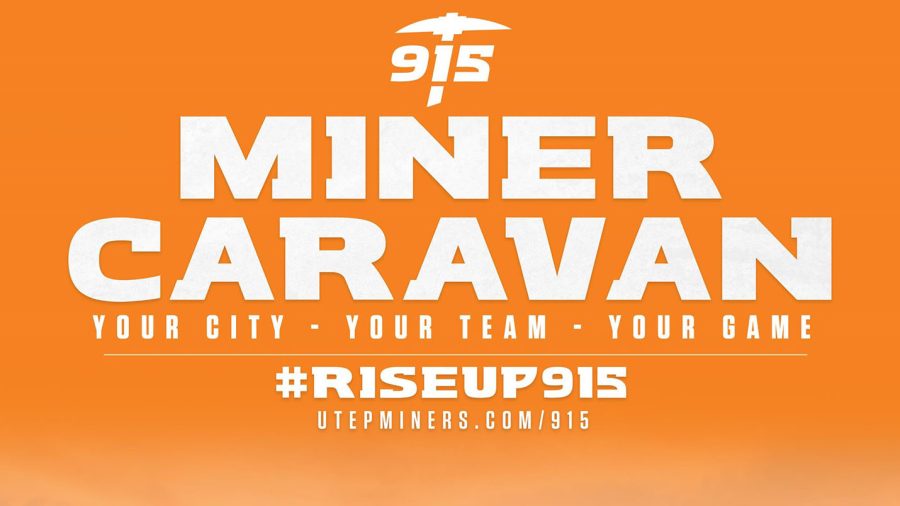 UTEP Athletics has been doing a small tour around the city of El Paso to get fans more involved and active. UTEP student athletes and coaches have been making various appearances at different places around the city to help sellout the first football game at 7 p.m. Aug. 27 against North Texas at Sun Bowl Stadium.

The first event was June 18 at the Outlet Shops of El paso and the second event happened June 25 at the Showtyme Grill. Their next stop will be from 6 p.m.- 9p.m. July 16 at Southwest University Park and will wrap up July 30 at Camp Cohen Water Park.

“It felt like it was stagnant with me, we are El Paso’s team, we play for El paso, this is our city,” head basketball coach of the men’s team Joe Golding said in an interview after practice June 30. “So, I love it, I love the campaign, and I love playing for the city of El Paso.”

Besides promoting to sellout, the Aug. 27 game against North Texas, UTEP Athletics posted a schedule on their website for fans to attend other sports. Including volleyball’s first regular season game, that will occur at 6 p.m. Sep. 1 at Memorial Gym against the University of New Mexico (UNM). Then, the women’s soccer team will play their first exhibition game at 7 p.m., Aug.10 against Colorado College at University Field.

Junior defensive end Praise Amaewhule talked about the 915 campaign and commented on the effects of it, while also hoping to bring in fans to pack the stadium against North Texas.

“It’s a great thing by the marketing team, so hopefully by Aug 27 the Sun bowl is going to be rocking and booming, set to kick off the home opener against North Texas.” Amaewhule said in an interview after practice July. 7. “I think it’s a great thing, giving people a chance to come and watch us after a great tremendous season” According to utepminers.com, fans can see what new game day experiences are happening when they purchase a ticket to come to the stadium. There are also numerous ways to purchase tickets besides going directly to the Athletics website. GECU and Jack in the Box are locations where fans can purchase tickets for $9.15. Fans can also call Brumbelow Building at (915) 747-6150, or email [email protected] to purchase tickets.

Daniel Alec Lopez is the Sports Editor and can be reached at @dalopez23miners.utep.edu