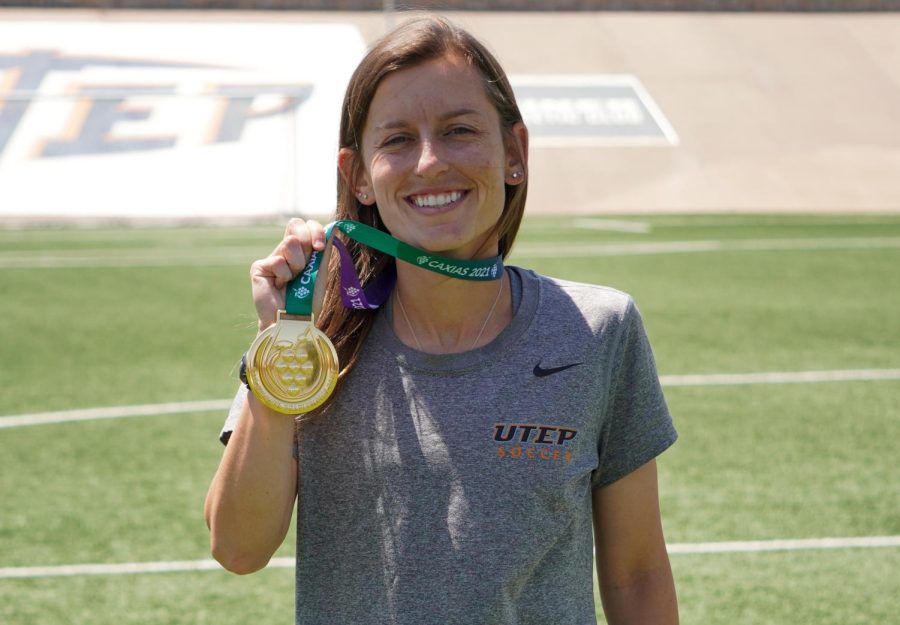 UTEP Assistant Soccer Coach Kate Ward has been nominated as a finalist for Best Athlete with a Disability in women’s sports. Also nominated for the Best Athlete with a Disability award are cross-country skier, cyclist and biathlete Oksana Masters, swimmer Jessica Long, and snowboarder Brenna Huckaby at this year’s ESPY’s hosted by Golden State Warriors point guard Stephen Curry.

Ward is from Atlanta, Georgia and has been playing soccer since she was 6 years old, which was around the same age she became fully deaf. The first time Ward and her family found out she was deaf was when she was 3 years old after the doctors told them she was deaf in one ear and hard of hearing in the other ear. After Ward found out she was fully deaf she received a cochlear implant.

“The cochlear implant basically stimulates hearing, but not the same way that most people can hear,” Ward said. “That kind of allowed me into the hearing world.”

At the age of 15, Ward joined the United States Deaf Women’s National soccer team where she won her first gold medal with the team in 2009 in Taiwan. Earlier this year, Ward won her fifth career gold medal at the Deaflympics in Brazil, where she was the captain.

“I think part of the reason for that was that it allowed me to be like everyone else,” Ward told UTEP Athletics. I think sports create a level playing field. I lost my hearing when I was 6 years old and it’s around then when I kind of grabbed ahold of soccer and just loved it. The soccer field has always been a really special place for me to be and I have enjoyed every part of it.”

Ward has been a member of the Miner’s soccer staff since Jan. 28, 2019. That year, Ward helped the Miners soccer team to a record of 10-7-3, which was the first double win total at UTEP in three years. That same year UTEP went 5-4-1 in Conference USA to advance to the league championships for the first time since 2016. The defense for the Miners was very strong that year as well as UTEP posted seven shutouts and limited six other opponents to only one goal.

Due to the 2020 season being cancelled because of the COVID-19 pandemic, the Miners played the 2020 season in the spring of 2021, where Ward’s role was more important than ever with head coach Kathryn Balogun on maternity leave.

In Ward’s third season at UTEP in 2021, she helped the Miners win over Incarnate Word, New Mexico State University, University of Texas at San Antonio, and Western Kentucky University. She will be entering her fourth season as an assistant coach for UTEP this year.

All information and quotes courtesy of UTEP Athletics, utepminers.com