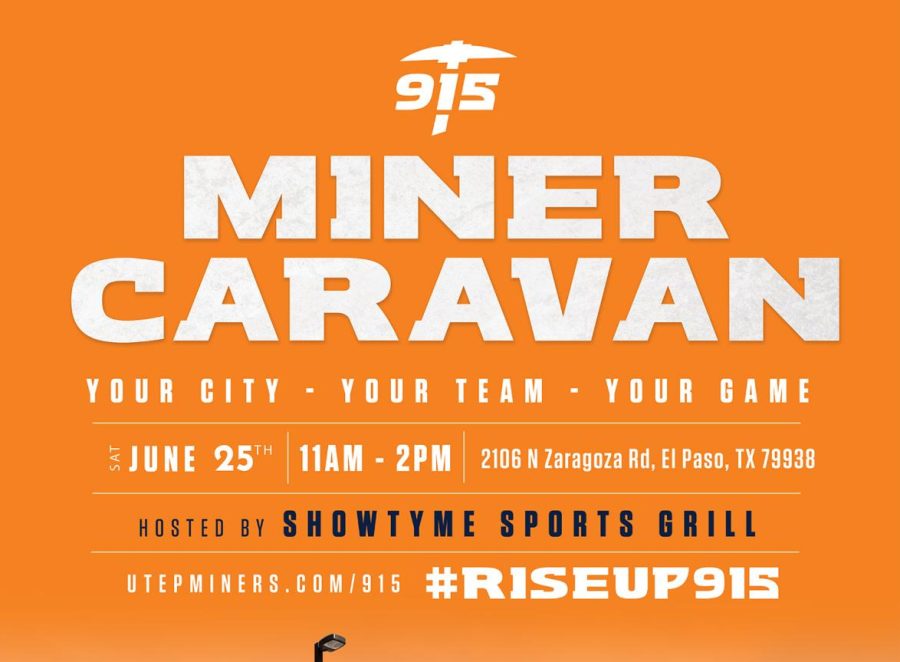 “This will be a great opportunity for the fans to come out, meet and engage with our coaches and student-athletes, and get fired up for our fall sports seasons,” UTEP Director of Athletics Jim Senter said.

Miner Caravan is part of the 915 campaign, which began earlier this month in order sell out UTEP’s first football game against North Texas on Aug. 27. The capacity of the Sun Bowl Stadium is 45,971 and they have currently sold over 30,000 tickets; a UTEP game at the Sun Bowl has not sold out since 2008. This will also be the first time in 30 years that the Miners have opened the football season at home with a conference game.

“I’ve heard all about the glory days of UTEP Football in the ’60s, the ’80s and the early 2000s, when the Sun Bowl was packed,” UTEP football head Coach Dana Dimel said. “We’ve seen how loud the place can get, even when there’s 20,000 in attendance. We had 30,000 for a game last season against UTSA and the atmosphere was electric, but we haven’t gotten to 40,000. I hope we can get there against North Texas, because I think our players deserve it.”

While at the event, Miner fans were able to purchase tickets for UTEP football’s season opener on Aug. 27 against North Texas for $9.15. If Miner fans spent $20 on Saturday, they received a ticket to the game along with a commemorative orange 915 t-shirt. Along with being able to purchase tickets, Miner fans were able to sit down, relax and order any of the menu items that Showtyme has to offer. Miner fans were also able to get to know the players in attendance as many of them were walking around Showtyme getting to know the fans and letting them know about the 915 campaign.

For more information on the 915 campaign visit www.UTEPMiners.com/915.

All information and quotes courtesy of UTEP Strategic Communications, utepminers.com