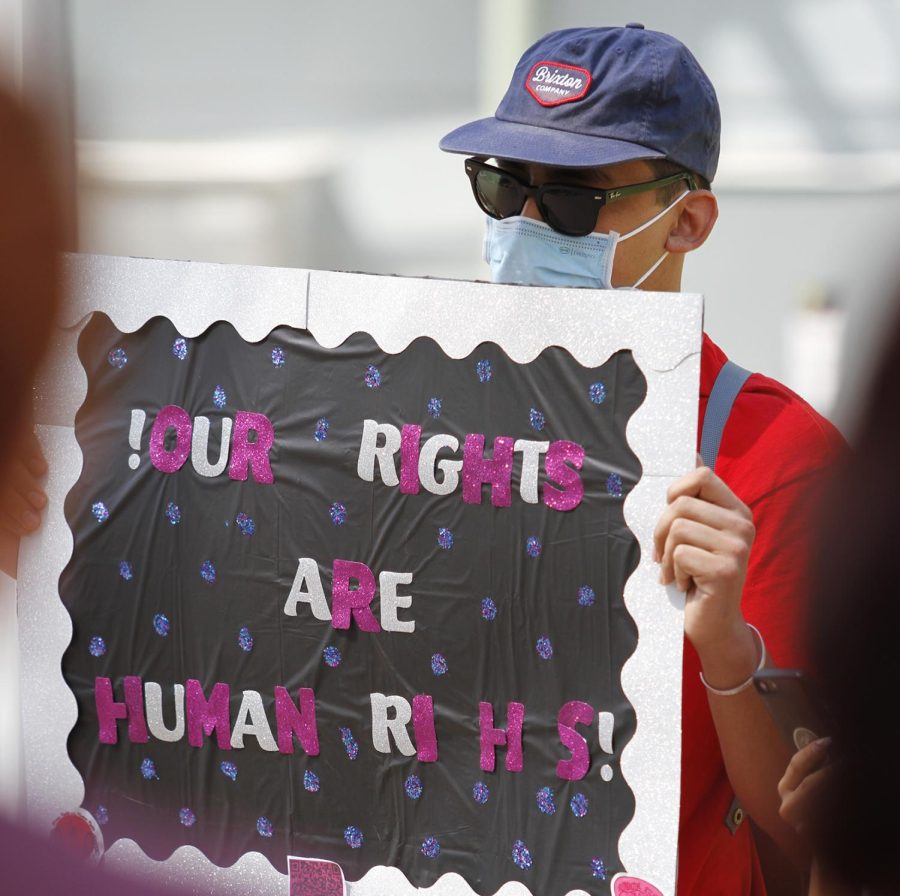 Multiple protesters gathered in downtown El Paso on June 6, 2021 to protest for abortion rights with signs that read “our rights are human rights."

It was officially announced Friday morning that the U.S. Supreme Court has overruled the constitutional right to abortion after almost 50 years of its establishment in 1973. The decision has the potential to reshape the nation’s politics. Roe v. Wade prevented states from restricting access to abortions, now it is up to each state to set laws as they see fit.

In a 5-3-1 vote, the ruling is expected to result in at least 26 states banning or severely restricting abortion rights, according to ABC News.

Just hours after the news came out, both pro-choice and pro-life groups in Washington stood outside the Supreme Court either to celebrate or demonstrate their opposition.

“I am heartbroken for people around this country who just lost the fundamental right to make informed decisions about their own bodies,” she wrote. “We may now be destined to learn the painful lessons of a time before Roe was made law of the land.”

Former vice-president of the United States, Mike Pence, also shared his take on the overruling.

“Today, life won,” he said. “Now that Roe v. Wade has been consigned to the ash heap of history, a new arena in the cause of life has emerged and it is incumbent on all who cherish the sanctity of life to resolve that we will take the defense of the unborn.”

The Prospector will continue to provide updates as the story develops