Our love for caffeine and its impact on health 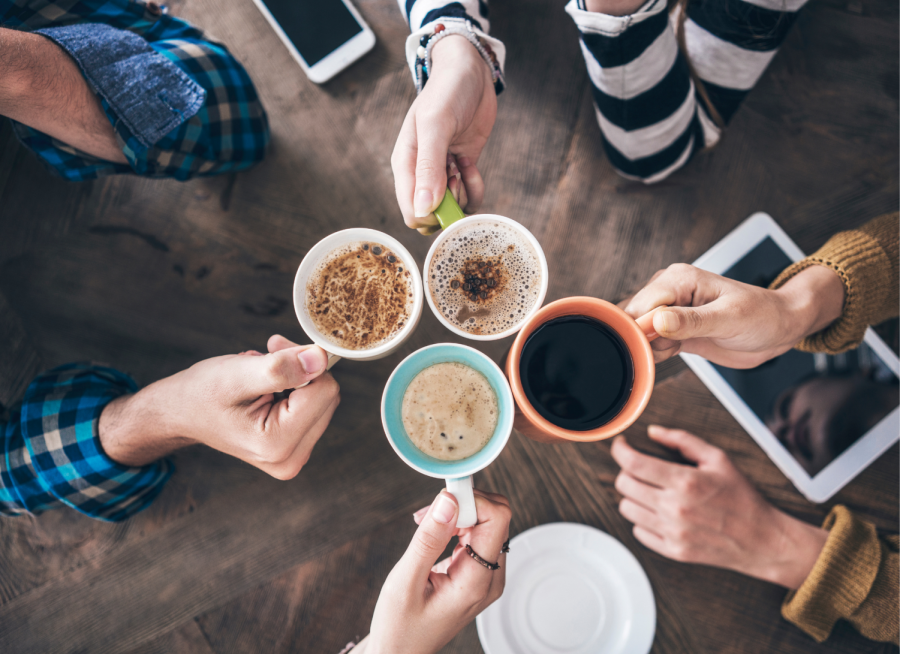 Going into my gynecologist appointment, the last thing I was expecting to be told was that I had to stop drinking coffee. Usually when going to a doctor’s appointment there are three main bits of information that they always take at the beginning: your height, weight, and blood pressure.

After I had my blood pressure taken, everyone in the office was shocked as to how I was still alive because apparently, I should have been in the hospital. After this bizarre moment, I finally had the checkup with my gynecologist and then she sent me to my primary doctor.

My primary doctor recommended I have various tests taken, so that we could determine what was causing my blood pressure to be high. As of two weeks ago, I finished the last procedure she had me take because they still haven’t found the reason. At this point, we are all assuming it is hereditary.

Meanwhile, my primary doctor suggested I cut out coffee, tea, and soda out of my diet because of the caffeine. This discovery was honestly very disappointing to me because I love coffee, so how was I supposed to survive without coffee or any caffeine in my system?

Before I found out about my high blood pressure, my days consisted of three to four cups of coffee a day, and sometimes even a cup or two at night. Not only did I drink a lot of coffee, but I also drank a lot of green tea and soda.

Obviously, I had to make a couple of changes to my daily routine, to not only improve my health but to prevent worse consequences in the future. The main thing I noticed after cutting caffeine out of my routine, was that I was exhausted throughout the day, which is logical because I had always counted on caffeine to keep me feeling wide awake.

This whole process of cutting out caffeine, not only affected me physically, but mentally, too. It has gotten better, but at the beginning I remember feeling really drained and unmotivated. All I wanted to do was stay in bed and sleep as much as I could.

The biggest adjustment I had to make was with my sleeping schedule. I had never been able to sleep early, until now, so now my body naturally gets exhausted by 11 p.m. Which is insane to me because before all of this, my body would start feeling tired after 1 a.m.

This revelation not only helped me become more aware of how I was taking care of my body, but it also made me become more organized with time management and with my own daily routine. I really needed to improve my time management because I would always leave everything until the last minute which caused me to sleep late.

After a couple of weeks, there was a day where I was really craving a cup of coffee, so this was when I decided to look for alternatives. Instead of drinking regular caffeinated coffee, I started drinking decaf coffee. Or instead of drinking green tea, I found tea labeled “no caffeine” or even “decaf lemon green tea,” which is good. To me, they all taste the same as the regular products; the only difference is that they have no caffeine, so I do not feel the effects of it.

Truthfully, this has been hard, especially because I am currently a UTEP student, who must balance school, homework, studying, work, having a social life, and taking care of myself. For some reason, I always assumed and had the mindset that coffee would keep me going, but now I have learned to create better habits for myself without caffeine in my body.

Many UTEP students right now are drinking coffee to stay awake. So, as I write this column, I hope that many will consider how much caffeine they are drinking on a day-to-day basis and learn to create better habits and patterns for themselves, to prevent greater consequences in the future.

Ana Larios may be reached at [email protected]