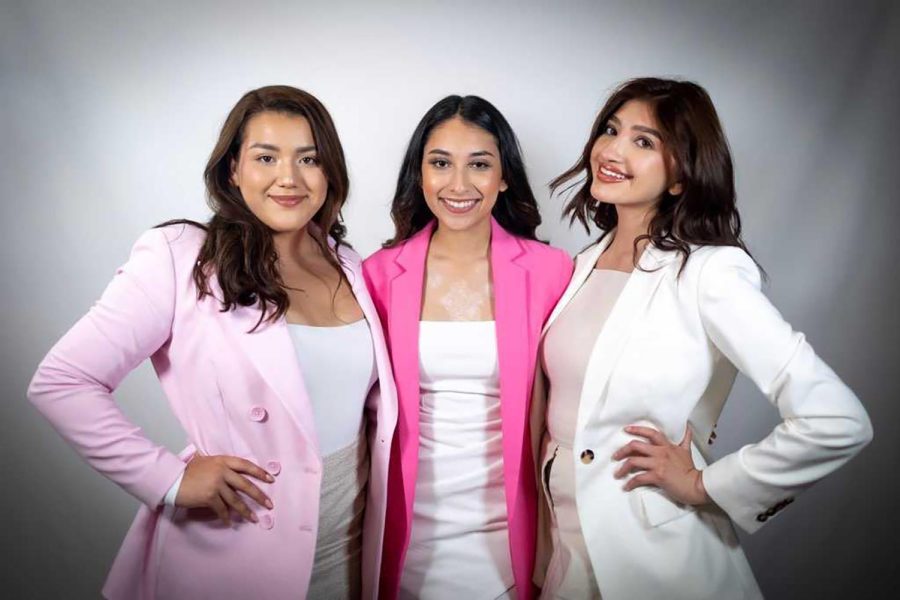 The UTEP student body elected its first all-female executive team, Dream, since 1999. Starting June 1, the Student Government Association (SGA) will welcome Gabriela Muñoz as president, Alyssa Martinez as vice president of internal affairs, and Cira Vera as vice president of external affairs. Once appointed, they will have the opportunity to appoint an executive assistant whom Muñoz says will be made up of woman as well.

“It’s like an honor to be in a position like this, because ultimately at the end of the day, I don’t think we even realized the impact that we would have on other students. It’s crazy to see the span we had with this campaign considering we’re all women,” Vera said.

SGA was established in 1922 and is an organization that represents the UTEP student body. SGA shoulders the responsibility of protecting their rights and being the voice for students across campus.

“If students ever feel like they have any issues on campus that they need or want to bring to light or we have events they want to see on campus, or they need help with anything,” Muñoz said. “We’re here to go ahead and inspire that change and help them with that change as much as we can.”

“At the end of the day, that is one thing that dream is really trying to change; people don’t know who SGA is, don’t know who represents them,” Muñoz said. “I feel a lot of the time these past SGAs have really relied on students coming to them and, even during this whole campaign, it’s something that we’re completely trying to reform. Students shouldn’t have to come find us; we need to go find students.”

Muñoz and Vera said that their top priority once taking office would be to visit the various organizations and introduce themselves, saying they cannot do anything if the student body does not know who they are.

The creation of Dream was conjured one night at a coffee shop; the girls were talking about what they wanted to do in the future with SGA.

It was their campaign manager, Kyle Jacquez, who came up with their teams name. Muñoz said Jacquez put in a lot of work to help them win their campaign.

“At the beginning, we didn’t really mean for it to be all women or for that to be like, our catch. We just kind of knew that we were friends, and we were in SGA and we were together and we wanted more,” Muñoz said.

Muñoz and Vera said it was not easy but they pushed through it.

“We were all just three girls that wanted more for ourselves and people. We face a lot of adversity from people telling us no, like we were experiencing something, and we just decided to throw ourselves in there,” said Muñoz.