The uniforms that made UTEP 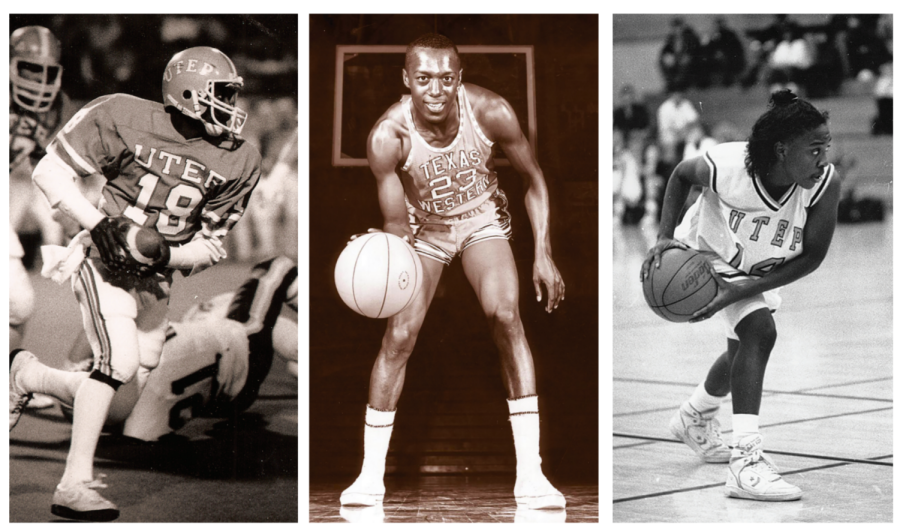 A look at UTEP sporting attire through the years
UTEP uniforms have been a staple part of UTEP Athletics and have evolved throughout the years. From time to time, the Miners like to pay homage to uniform designs worn in the past in what they call their “throwbacks.”

Here are a few of the sports at UTEP and some of their transfor-mations of uniforms worn through-out the years.

Men’s basketball at UTEP has seen quite a few differences in uniforms throughout the years. In 1966, the UTEP men’s basketball sported the iconic Texas Western uniforms that included orange and white checkered seams along the neck and arm area with Texas Western spelled out on the front of the uniform with the player’s num-ber in the middle. The shorts with those uniforms were much smaller than they are today.

Today, UTEP men’s basketball uniforms are much different than the uniforms from 1966. The Min-ers showed off various uniforms throughout the season including a throwback Texas Western jersey with a modern twist, and a gray jer-sey with “Mineros” written across the chest for Noche Latina. One uniform worn this year is an all-white ensemble with UTEP across the chest, UTEP on the waistband, and a small pick on the shorts; this uniform can compare to the 2008 uniforms without the orange and blue lines going done the sides of the jersey and shorts.

UTEP women’s basketball, like the sports mentioned above, has seen a difference in uniforms over the years. In the 1980s, the Miners uniforms had a wider sleeve with a blue line an inch above the end of the sleeves. The jerseys had a high V-neck like cut with orange, blue and white stripes and UTEP across the chest.

At the moment, the Miners rock various uniforms in different colors throughout the season. The Miners sport an all-blue ensemble with pink accents for Breast Cancer awareness month, the pink outlined the number, with UTEP in all pink on the front and pink along the sides of the jersey and shorts. The uniforms are a lot different from the 1980s, as the uniforms today have much smaller sleeves.

Volleyball jerseys have stayed almost the same throughout the years, only changing a few things in the uniforms since then. In 2010, the Miners sported a short-sleeve shirt with just the number on the front with UTEP across the back above the number, and the last name below the number. In 2016, we see the long-sleeve jerseys make an appearance with the number in the front and sections of blue, orange and white along the sleeve of the uniformss.

Although many of the uniforms for the Miners have changed, we still see the throwback jerseys from time to time, as UTEP athletes honor their legacy.