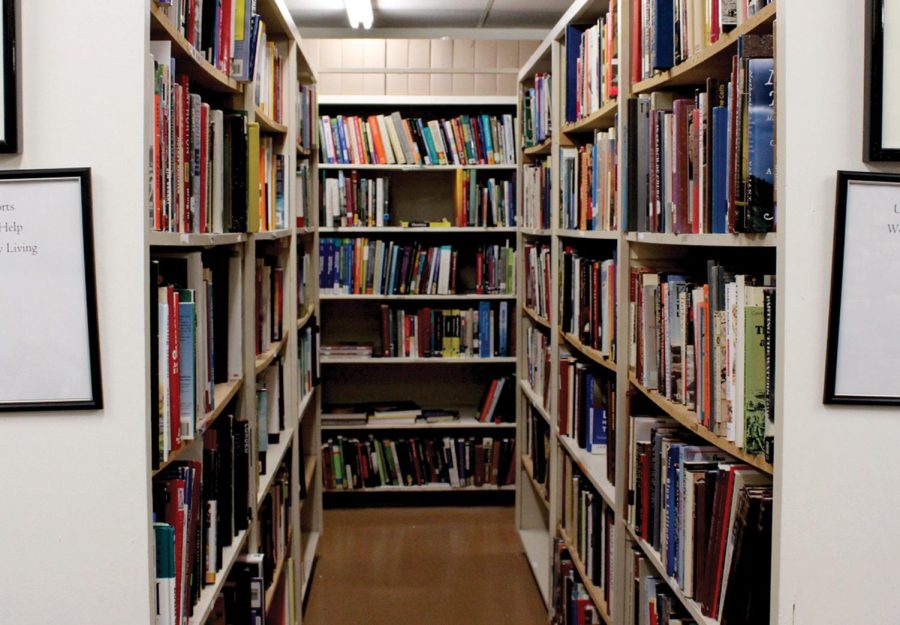 El Paso City Council allowed public libraries to make banned books accessible to the public, including “To Kill a Mockingbird” by Harper Lee and “The Hate U Give” by Angie Thomas.

UTEP students applaud El Paso’s City Council members’ decision to allow public libraries to display a section of banned books and make them accessible to the public, despite challenges across the state and country.

“I think history and all those important topics need to be learned by everyone so that children can also learn from it and have opinions,” said Ivan Aguilar, 20, a UTEP computer science student.

The item was presented to the council by District 2 Representative Alexsandra Annello and was approved unanimously by council members.

“Really important books that talk about history are being banned for no other reason than denying people the right to understand history,” Annello said during a city council meeting.

The YWCA will donate all books to the libraries to ensure all El Pasoans have free access to information and literature.

“Not all topics are easy, but it is incredibly important now as ever to continue to provide access to our community,” Deputy City Manager of Quality of Life Tracey Jerome said during the city council meeting. “Our libraries should be a place of safety and support where they can go and seek out and have access to all types of information.”

Some parents across Texas and the country have described the banned books as pornographic and/or age-inappropriate for children since they discuss topics regarding slavery, sexual abuse, puberty, identity, and sexuality. They ask for these books to be removed from public and school libraries.

“Sexual assault and people of color are usually only taught through literature,” Annello said. “It is not something we sit down with young women and talk about. It is something that they, unfortunately, have to learn for themselves through entertainment, and it is very important that we make sure that this community is educated as it can be and that it has the resources that it needs.”

Brenda Risch, founder and executive director of the Borderland Rainbow Center, believes that children need access to a diverse library that includes books that represent them to receive a complete education.

“First of all, in terms of representing different races, racial experiences, LGBTQ+ experiences, like all children should see themselves reflected in the books in their schools. That is just part of human rights,” Risch said.

More than 800 books are at risk of being inaccessible to students in Texas by the Texas State leadership, including books such as:

“To Kill a Mockingbird” by Harper Lee
“Of Mice and Men” by John Steinbeck
“Gender Queer: A Memoir” by Maia Kobabe
“Animal Farm” by George Orwell
“The Catcher in the Rye” by J. D. Salinger
“The Hate U Give” by Angie Thomas
“Middlesex” by Jeffrey Eugenides
“The Handmaid’s Tale” by Margaret Atwood
“And Still I Rise: Black America since MLK: an illustrated chronology” by Henry Louis Gates, Jr.
“The Indian Removal Act and the Trail of Tears” by Susan E. Hamen
“Stamped from the Beginning: the Definitive History of Racist Ideas in America” by Ibram X. Kendi and Jason Reynolds

“I think it should be accessible to get these books, just so that kids can be aware that, that did happen, and so they can get more information on it, and that would give them a new perspective or make their own thoughts on the subjects,” said Susana Tapia, 23, a UTEP forensic science student.

In December 2021 Canutillo Independent School District voted to keep “Gender Queer: A Memoir” by Maia Kobabe (an LGBTQ-themed book) at their libraries despite a parent’s complaint about the book containing inappropriate sexually explicit content.

“As long as it is age-appropriate, I think kids can have access,” Tapia said. “Once they start getting more curious and they start getting into those topics, it’s better that they have information, rather than they get opinions based on just biased opinions from either their families or peers.”

“A growing number of parents of Texas students are rightfully outraged about highly inappropriate books and other content in public school libraries,” Abbott said in a letter to TASB.“The most disturbing cases include material that is clearly pornographic, which has absolutely no place in the Texas public education system.”

Risch believes children need to be exposed to a variety of ideas and books to help build their own opinions and learn what fits best with their values.

“There are a group of people who are afraid of change, and what they have realized is that literature can inspire things that they can’t control,” Risch said. “They don’t want anything to change; they want everything to stay the same as it has always been. If you want to stifle change, you have to stifle the transmission of information, ideas, development of imagination, and development of critical thinking.”

The banned books displays can be found at every El Paso public library. For information, visit https://www.elpasolibrary.org/

Victoria Rivas is the arts and culture editor and may be reached at [email protected]; @VicRivas_18 on Twitter.