Season finale of ‘Euphoria’ leaves audiences with a cliff hanger 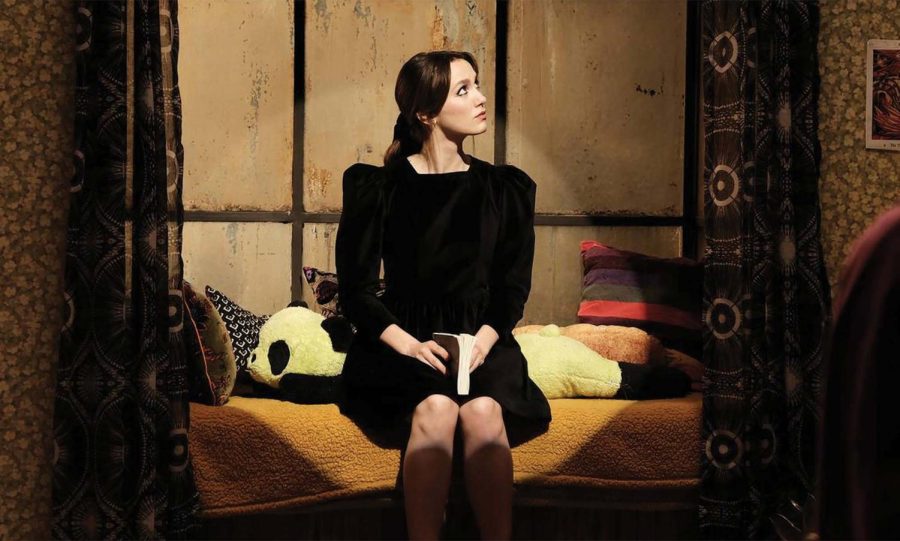 The second season of “Euphoria,” streaming on HBO Max, ended Feb. 27 leaving viewers with many questions unanswered. The show is confirmed to return for a third season.

“Euphoria” has become the most talked-about show since its initial release in 2019; however, with COVID-19, filming of the second season was paused causing viewers to wait almost three years for the new season.

Released on Jan. 9, the show has kept viewers intrigued as they continue to follow the main character Rue (Zendaya) and her continuous struggles with drug addiction along with the journeys of her friends.

This time around, the show goes more in-depth on certain topics that were brought up during the first season but ends with even more questions.

Titled “All My Life, My Heart Has Yearned for a Thing I Cannot Name” the show says goodbye to a favorite character, Ashtray (Javon Walton). The adopted brother and partner in crime of Fezco (Angus Cloud) was killed after a sting operation against the two went array, where SWAT members entered the home leading to his death.

Back at the production of “Our Life”, we find Lexi’s (Maude Apatow) tell-all theatre production begin to strike a personal chord with sister, Cassie (Sydney Sweeney). Cassie makes her way to the stage not only to continue to embarrass herself but hopefully to humiliate her sister.

Just as it is said in theatre, ‘The show must go on’ so, just as Cassie makes her way off the stage, the infamous carousel scene from season one is displayed for all East Highland to see. Infuriated, Cassie continues her attack on Lexi but not without input from a certain audience member.

Adding fuel to the fire, Maddy (Alexa Demie) confronts Cassie about dating her ex-boyfriend Nate after discussing with her the possibility of re-igniting the relationship with him. Now on stage, Maddy and Cassie are finally seen battling it out physically in front of the audience in a long-awaited feud.

Later in the episode, we see Rue think back to a few days prior where she forgives Elliot (Dominic Fike), a friend who is responsible for her relapse and exposed her to her mom along with her ex-girlfriend Jules (Hunter Scheaffer).

The show then cuts to Nate, who stormed out earlier in the middle of the play and arrived at an unknown building where we later see his father, Cal (Eric Dane).

Cal is seen pleading to his son and admitting his faults as a father, but Nate has other ideas than accepting his apology. Wanting revenge, Nate only describes a red USB in his hand as “everything,” which refers to the self-incriminating videos of Cal having sex with minors.

It is then that Cal realizes that Nate has alerted the police, who then arrive on the scene to arrest him.

Amid Cal being arrested, we see parts of the show cut to the funeral of Rue’s father which has been a main reason for Rue to use drugs. Sharing her eulogy among family and friends, the show then cuts to real time to Lexi’s play.

Seeing the pain Lexi also went through during the pair’s friendship allows Rue to rekindle the slowly fading friendship with her.

With Rue able to fix a friendship that was healthy for her is refreshing, as throughout the season, we see the toxicity Rue dealt with, including Jules and Elliot. Although forgiving Elliot for exposing her failure to stay sober with Jules and her mother, Rue, is still angry toward Jules. Jules expresses her love to Rue, but she ignores it and instead only kisses her forehead and walks out to begin her ending monologue, where she looks back on her time with Jules and her sobriety throughout the end of the school year and leaves so many questions unanswered.

Will Maddy and Cassie rekindle their broken friendship? How is Fez after being arrested and losing his brother? What happened to Laurie, the drug dealer to whom Rue still owes money? Who is the unknown sibling of Nate? Are Jules and Elliot still hooking up? What happened to Faye, the girl staying with Fez and Ash? Are Lexi and Fez going to end up together? Will Fez be prosecuted? How long will Cal be in jail for? Will the next season start in the following school year?

Unfortunately, these questions will not be answered for another two years as it is an explosive ending to an intense season. This season had viewers glued to their screens every Sunday and I imagine it will be the same with it returns.