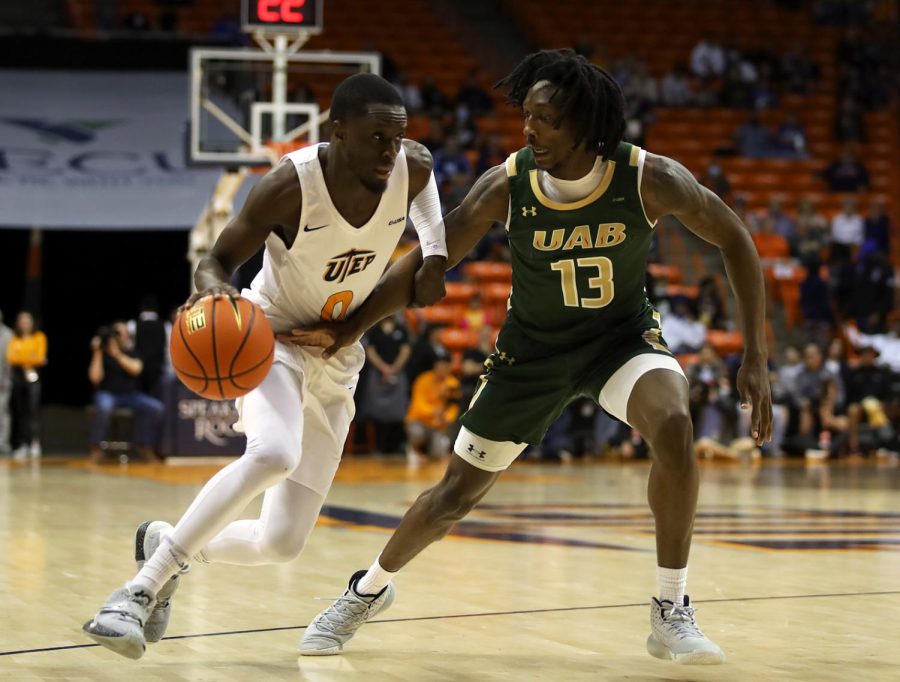 The Miners started off hot on offense and defense. The defense was able to force nine early turnovers and managed an early 15-8 lead. But in the end, the Miners did not have enough in the gas tank and fell to the Blazers 66-69.

“First and foremost, give credit to UAB. They have really good players and are really well coached,” UTEP Head Coach Joe Golding said. “I was proud of our guys’ effort. There were some things that were really good for us tonight.”

To start off the first half, junior guard Jamal Bieniemy started the game with a 3-pointer to put the Miners up 3-0. The Miners then raced out to an 11-5 lead after made baskets. Then freshman forward Jamari Sibley drained a jumper to push the Miners lead to 15-8.

At the 8:58 mark, the Miners took a 20-13 lead after making free-throws from junior guard Souley Boum.

At the end of the half, the Blazers were unable to get the last shot to fall in.

In the first half, the defense was able to force 11 turnovers in this contest.

To start off the second half, Boum missed both free throws to keep the score at 34-31. Senior forward Alfred Holins tied the game on a lay-up to tie the game at 36.

Sophomore guard Keonte Kennedy put the Miners ahead 40-38 off made free throws.

However later in this contest, the Blazers took a lead of 47-43 after made baskets.

Boum was able to cut the lead down to 50-54. Later in this contest, Boum again, was able to make an impact on this game by scoring a 3-pointer to cut the score down to 56-58.

In the final minutes of this contest, Kennedy was able to put the Miners up 61-58. Unfortunately, the Blazers were able to get critical buckets fall and win this game 66-69.

Hollins had the final attempt at a basket but could not get the ball to drop inside the hoop to tie the game.

“Guys were diving around, flying around. Two keys were rebounding and turnovers. We did a great job taking care of the ball with eight turnovers, but obviously, they kicked us on the glass a bit,” Golding said in a post-game press conference.

The UTEP men’s basketball team can be seen back in action in their next game against Rice University at 7 p.m. March. 3 at the Don Haskins Center.