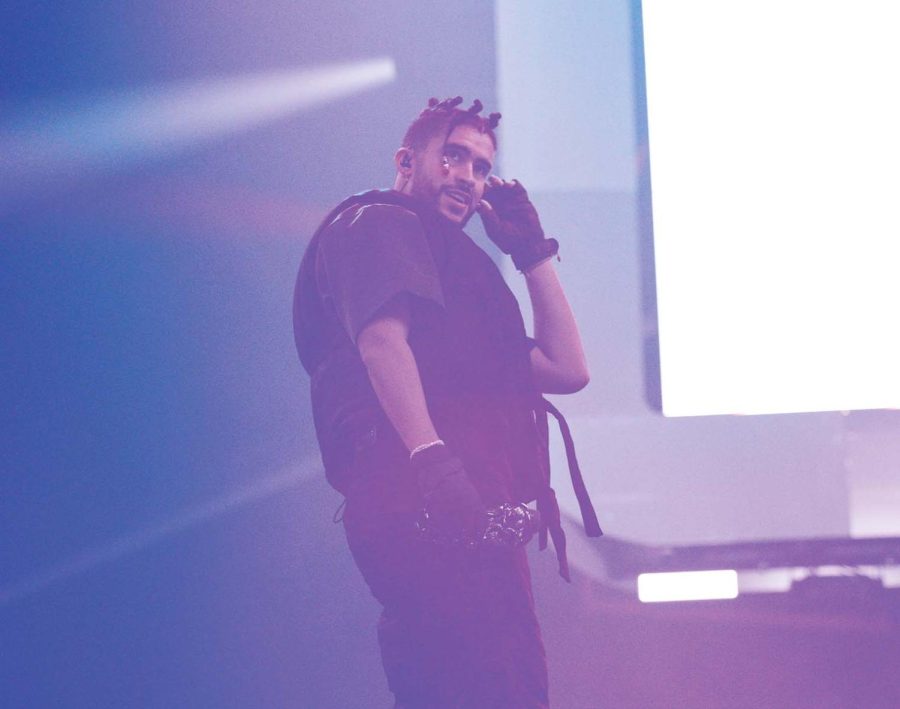 Highly anticipated Puerto Rican star Bad Bunny arrived at the Don Haskins Center Friday Feb. 11, as fans lined up outside for hours before the show started. It was only the second show in his biggest tour to date, “El Último Tour del Mundo” setting the bar high for not only his performance but for the following shows.

Bad Bunny announced his tour last spring, and it quickly became one of the biggest shows to come to the Don Haskins Center and as tickets sold out within minutes. Tickets had prices exceeding $1,000 for resale, but fans were more than willing to dish out the cash to see him live.

However, it is not the first time Bad Bunny has come to the borderland as he has performed at the El Paso County Coliseum years before. This was his second time performing at the Don Haskins Center, since he had previously performed two years ago for his ‘X100PRE’ tour. Bad Bunny prepared to bring the high energy and entertainment value starting with a bigger venue.

The stage was set with a semi-truck, seen on the cover of Bad Bunny’s album “El Último Tour del Mundo,” beginning to slowly move to the center of the stage where Bad Bunny later emerged. Right on top of the trailer of the semi, he would perform at least two songs before it would unfold and separate into three different pieces.

Once the stage was set completely, colorful lights and pyrotechnics filled the building as the crowd sang along during the first half of the set. The fast-paced music was sure to keep everyone engaged as well as the interactions he had with the crowd from afar.

His sold-out show, allowed Bad Bunny to play hits from across his discography including “Si Veo a Tú Mamá”, “Cómo Se Siente”, “Yo Perreo Sola,” “Safaera,” “Maldita Pobreza,” and “Booker T.” He played at least one song from each album to make sure no fan walked away disappointed.

High energy was seen as the crowd could not contain their excitement, even with songs about heartbreak people could not stop dancing and singing along.

Bad Bunny filled the building with electricity as diverse dancers joined him on stage for multiple songs throughout the night. Eventually, he closed his show by preforming his current hit “Dakiti” and got the crowd jumping just in time for confetti to rain down on everyone.

Ending the night with a bar set high and with electric energy, Bad Bunny is set to continue this tour until April before taking a small break and heading on the road again. His second tour of the year “World’s Hottest Tour” is set to start Aug. 5. in Orlando, Florida as he makes his way to Mexico City where the tour will end in December.