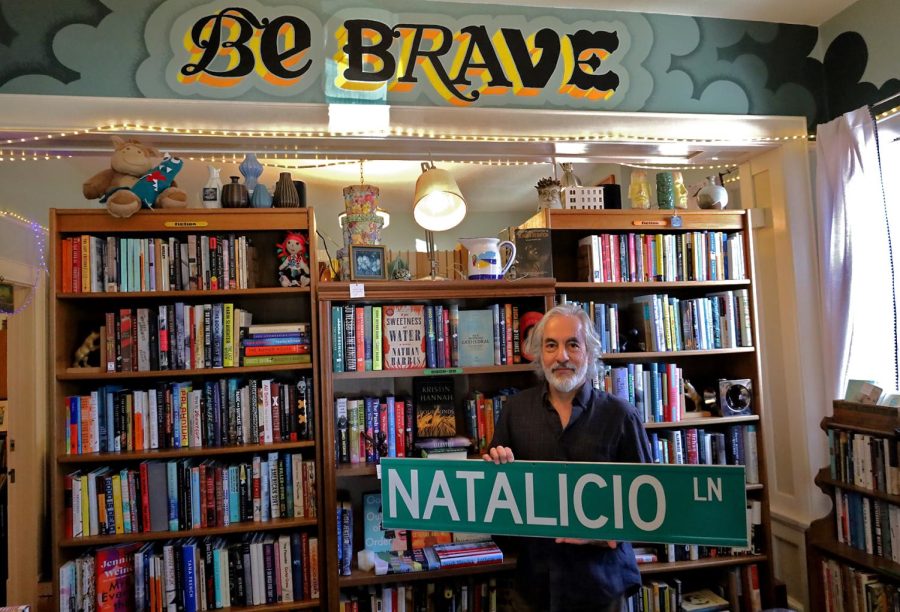 Owner of Brave Books Jud Burgess will be highlighting a Diana Natalicio book collection in memory of the late UTEP President mid-March. The collection will include books owned and signed by Natalicio herself, after the bookstore came to possess them at an estate sale.

The legacy of former UTEP President Diana Natalacio, Ph.D, will continue to live on for years to come. Natalicio’s death late last year had a profound impact on the El Paso community, and her personal book collection gives the community a chance to walk away with a piece of her personality this March.

In an estate sale earlier this year, Brave Books owner Jud Burgess had the good fortune of acquiring hundreds of books from her personal collection.

With almost 600 books, her collection consists of a wide array of things she loved, including art, linguistics, travel, baseball, Mexican history, and the Southwest, including El Paso. However, some of these books will be a part of a private collection that Burgess hopes to showcase at the planned event and annually.

The private collection will contain books that are not only in great condition, but personally signed and dated by Natalicio. Other books were also inscribed to her by friends such as El Paso legends Abraham Chavez, Tom Lea and others.

“We’re keeping many of the books that were inscribed to her from some of her closest friends because it shows how beloved she was,” said Burgess. “It’s just something that we want to share with the public in the years to come. We want to be a repository of her legacy and share that as well besides offering her books.”

The event is scheduled to take place during spring break and is titled “The Dr. Diana Natalicio Book Collection Tribute,” where Burgess hopes people come and not only see but take a piece of the collection home with them. Though the main event is planned for two days, the selling and showcasing of her books will go on for weeks.

Not only will the books be shown, but certain personal items such as kokeshi dolls, vases, and Bhutanese tapestries will be on display which give another glimpse into the life of someone who dedicated so much of her time to UTEP and the city of El Paso. The significance of this collection is enormous as it is one of the few chances many can walk away with a piece of history.

“We have been able to secure this collection and say, ‘Look, this is a person that influenced you throughout your educational process, and now you have this opportunity to get a window into what she was like in terms of her book collection,’” said Burgess. “You can take a piece of Diana Natalicio, this person that influenced you, and just put it on your own shelf and say, ‘you know what, I got a piece of this person; something that was very personal to her is now in my collection.’”

Mark your calendars as Brave Books will hold this event March 12-13; no times have been set but will be revealed closer to the date. Brave Books is located at 1307 Arizona Ave. and is open seven days a week from noon to 5 p.m. Information can be found at @bravebooks.tx on Instagram or Brave Books on Facebook.