Our top albums for your Valentine’s Day playlist 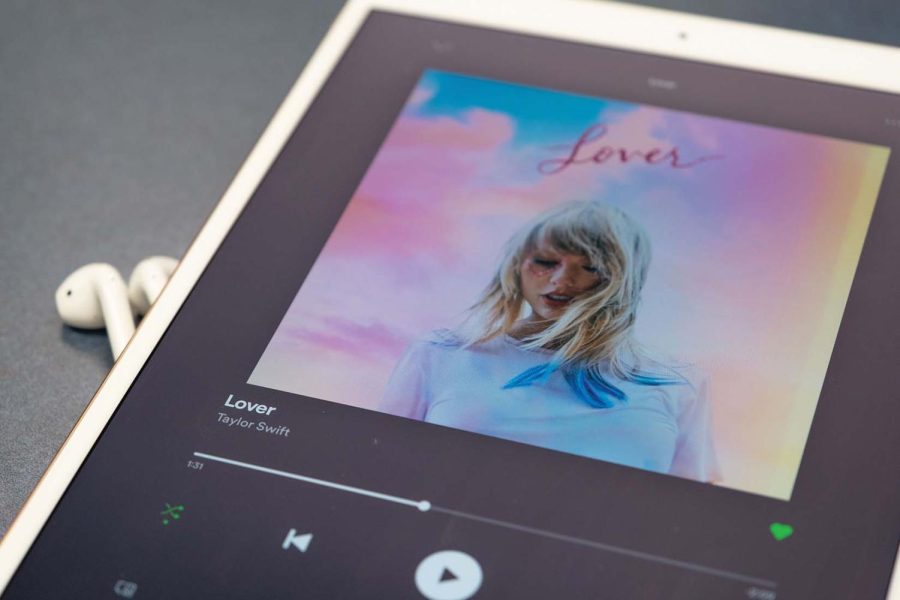 Many UTEP students surveyed on what their top favorite albums are for Valentine’s Day and “The Divine Feminine” by Mac Miller, “Lover” by Taylor Swift, “Hozier” by Hozier, and “Divide” by Ed Sheeran were the top choices.

Love is in the air at UTEP as Valentine’s Day approaches in the coming days. Most people are preparing to celebrate the holiday by ordering chocolate-covered strawberries, dozens of roses, or buying teddy bears, but there are multiple ways of expressing love.

Whether it’s buying materialistic gifts or not, love can be translated into kisses and hugs or even words of affection, however, music can be referred to as the most popular love language. From dedicating songs on the radio or burning pirated songs onto a CD, music has been a main source for people to share their emotions across without talking.

Asking students across campus, I found the top five albums for people to either enjoy with a partner or listen to alone for some self-love time.

Released in September 2016, made up of 10 songs, including the single “My Favorite Part,” Miller creates a journey both emotionally and mentally, according to UTEP student Juan Torres.

“It’s the journey of when you find that special someone who you just have that spark with,” Torres said. “This album makes it easy to tell them all those things in your head that are hard to explain when it comes to how you feel.”

For Torres, the album allows listeners to build a connection with their emotions through Millers’ notion of storytelling through song.

“I highly recommend this album to everyone! It’s one of the most underappreciated love albums there is.” Torres said. “If you find someone who can make you feel special, I suggest listening to it (The Divine Feminine). Nothing brings two souls together better than the beauty that is music.”

The title itself expressed the romance displayed in the music, from self-love to loving a partner unconditionally. “Lover” was released in August 2019, where Swift created one of the most romantic albums, according to UTEP senior Silvia Hernandez.

“It’s one of the most romantic albums ever, you can’t get more romantic than calling an album Lover,” Hernandez said. “Even with some songs being about loving yourself, all around it’s about love and how love is all around us.”

Self-titled album “Hozier” was released in September 2014, and expresses a passionate form of love and devotion. For UTEP student Isabela Perez, this album perfectly conveys the emotions of both heartbreak and falling in love; every emotion that comes with romance.

“It’s romantic to me because the way the lyrics express such a profound, almost sacred, love and admiration for women and how divine we(women) are.” Perez said. “Personally, it means that there is love out there that is so passionate, made up of devotion and tenderness; realizing no one should settle for less.”

Already known for making romantic songs such as his 2014 hit “Thinking Out Loud,” Sheeran released “Divide” in 2017 with much anticipation. His hit album “Multiply” was released two years prior and had multiple romantic songs, this album however was based on his individual experiences with love.