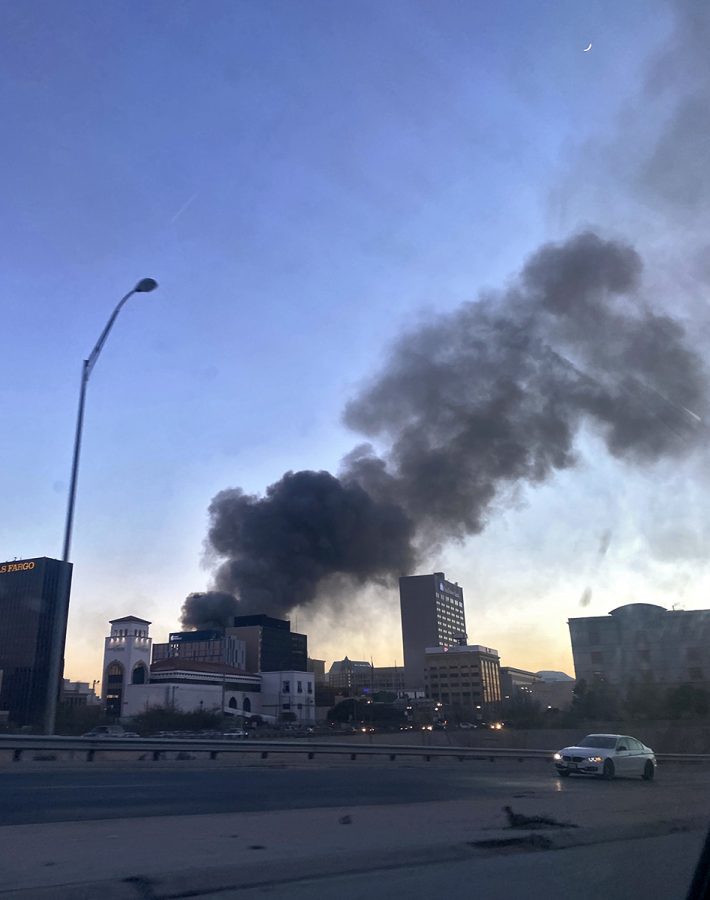 Editor’s Note 11:26 p.m.- This story was updated to include information released by the El Paso Fire Department.

El Paso Fire and Police Departments responded to a major fire Friday Feb. 4 at the 300 block of East Mills at the De Soto Hotel.

According to El Paso officials, the fire started around 5:10 p.m., the building was unoccupied, and no injuries were reported.

24 units and about 70 firefighters responded to the incident to prevent the fire from spreading to surrounding businesses. Enrique Dueñas-Aguilar, public information officer for EPFD, said the fire was controlled around 7 p.m.

According to Dueñas-Aguilar, crews will be on the scene all night to help prevent any hot spots from starting up again, and the fire will be under investigation.

The stability of the building will not be determined until Saturday when crews will be able to enter safely.

Itzel Anahi Giron is the Audience & Engagement Editor and may be reached at @by.Itzel.giron on Instagram and @itzel_anahi_16 on Twitter.