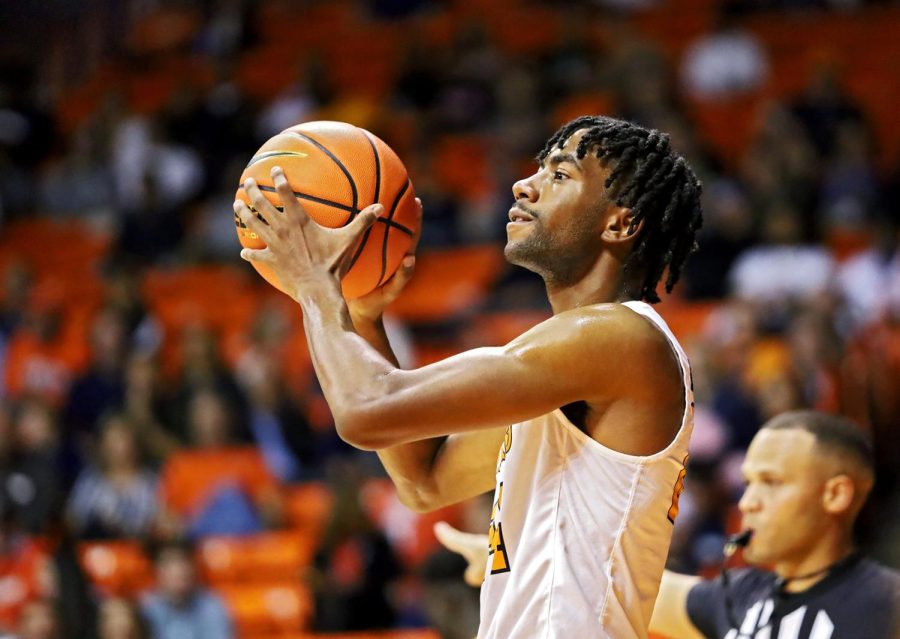 The UTEP Miners men’s basketball team lost 63-55 against the University of North Carolina at Charlotte Jan. 14.

The UTEP men’s basketball team (8-8,1-3 Conference USA) lost another conference game to the University of North Carolina at Charlotte (8-5,1-0 C-USA) Jan. 14 at the Dale F. Halton Arena. The Miners struggled to keep a consistent offense throughout the game, but they were able to play good defense in this 63-55 loss.

“We have to be gritty, have some fight to us,” said UTEP Head Coach Joe Golding. “We took some charges tonight, that’s a positive. We were in the game, and in the second half got it back down to seven or eight. We got some good looks.”

In the start of the first half, the 49ers were aggressive early and took an early 11-4 lead. However, the Miners were able to bring down the 49ers lead to 11-9 after a 3-pointer from junior guard Jamal Bieniemy, followed by a put-back by freshman forward Ze’rik Onyema.

Unfortunately the 49ers would boost their lead to 22-9 after a quick-scoring run. But the Miners were able to slow down the 49ers offense, with their aggressive defense, which would cause the 49ers to go scoreless for five minutes.

During those scoreless five minutes for the 49ers, the Miners were able to bring down the lead to 23-24.

The Miners and 49ers traded baskets back and forth for the remainder of the half, but the 49ers would take a 32-29 lead.

In the beginning of the second half, the score was 34-32 with the 49ers in front.

Moments later at the 6:47 mark, freshman guard Jorell Saterfield, sank a 3-pointer to keep the Miners within reach, putting the score at 55-46.

However, the Miners were unable to keep up with the 49ers for the rest of this game. UTEP would go on to lose by a final score of 66-53.

The defense would also force 17 turnovers in this contest.

“We’ve got a tough challenge (at ODU), but what a great opportunity for our guys to turn the page in 48 hours,” Golding said. “We (can) go out there and show some grit and toughness and take the fight to them.”

The UTEP men’s basketball team can be seen back in action in their next game against Old Dominion University at 5 p.m. at the Ted Constant Convocation Center on Jan. 15. =