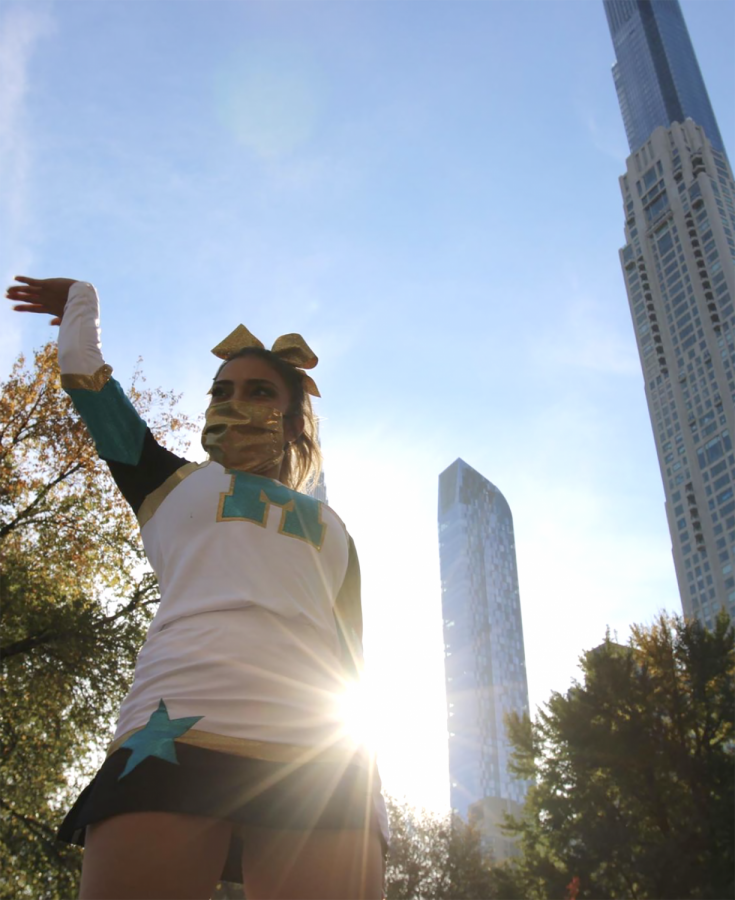 Many woke up Thanksgiving morning with the energy to prepare for the feast taking place later in the evening, all while both UTEP dance and cheer teams found themselves in New York City for the 95th annual Macy’s Thanksgiving Day parade.

Earlier this semester both teams announced they were invited to Macy’s Thanksgiving Parade and were fundraising money in hopes of being able to attend. After many generous donations, both teams had raised enough money to take part and be the first program in the UT System to do so.

“This trip gave the team a new sense of gratefulness,” said Yamel Garcia. “We had so much support coming from El Paso, it was truly and unbeatable feeling. I hope the UTEP community knows now that (UTEP) is on a national scale and our community is more appreciated now than ever before.”

Arriving a week early, both teams were able to not only explore the city but create closer bonds with one another while preparing for a once in a lifetime experience.

“It was my first-time visiting New York. I had so much to look forward to,” said UTEP dancer Brianna Cedillo. “Sightseeing was one of my favorite experiences. The Brooklyn Bridge, Statue of Liberty, The Empire State Building – it was so fascinating to witness in real life.”

“One of my favorite things was definitely just bonding with the whole team and really getting to know everyone on a different level,” said Garcia.

From practices throughout the week to enjoying the scenery New York has to offer, both teams put their best foot forward to represent themselves but the community of El Paso well.

“This experience changed me by making me realize how even more blessed I am to be a part of an amazing team,” said UTEP dancer Jaqueline Reyes. “I hope that participating shows the UTEP community that no matter what, the spirit teams are always doing their best to represent the university in any way that we can.”

The bonds formed while in New York were highlighted throughout the performance as both teams along with other universities across the nation danced in front of thousands of people, as well as the millions watching from home. Even among the bustle of everyone in the parade, the amount of time and effort both teams put in to getting there shined through.

“It was definitely exhilarating” said UTEP cheerleader Victoria Huerta-Murray. “I hadn’t processed we had just performed because it felt so quick… The cheering from the crowd reminded me of what we had just done and knowing that we performed on national TV for millions of people to see was unbelievable.”

“I definitely left New York with a motivated mindset to work even harder to be the best dancer I can be,” Cedillo said. “The cold weather, long rehearsals and sleepless nights were all worth going through considering that the memories will stay with me forever.”

Now back home, gratitude and appreciation are being felt all around. To how they each felt personally to how as a whole how appreciative they were of the opportunity. It is not only a great achievement but also something that will continue to push both teams to continue to do their best to show off their pride for UTEP and their hard work.

“This experience changed my team and I for the better.” said dancer Briana Carranco. “As a collegiate team I think we all learned that anything is possible if we all put the same amount of time and effort.”

“Every dancer left New York with something positive they wanted to make better, and I cannot wait to see how we continue growing,” Cedillo said. “Without the support of our teammates and our coach, Leslie Lopez, nothing would be possible.”

The UTEP Cheer team released a statement expressing its gratitude Saturday through their social media platforms.

“We would like to give the biggest shoutout to the El Paso community, UTEP alumni, family, friends and our fellow UTEP Miners! We are so grateful for your generous donations and continued support through this amazing experience!”