Student embraces her Latin roots as a journalist 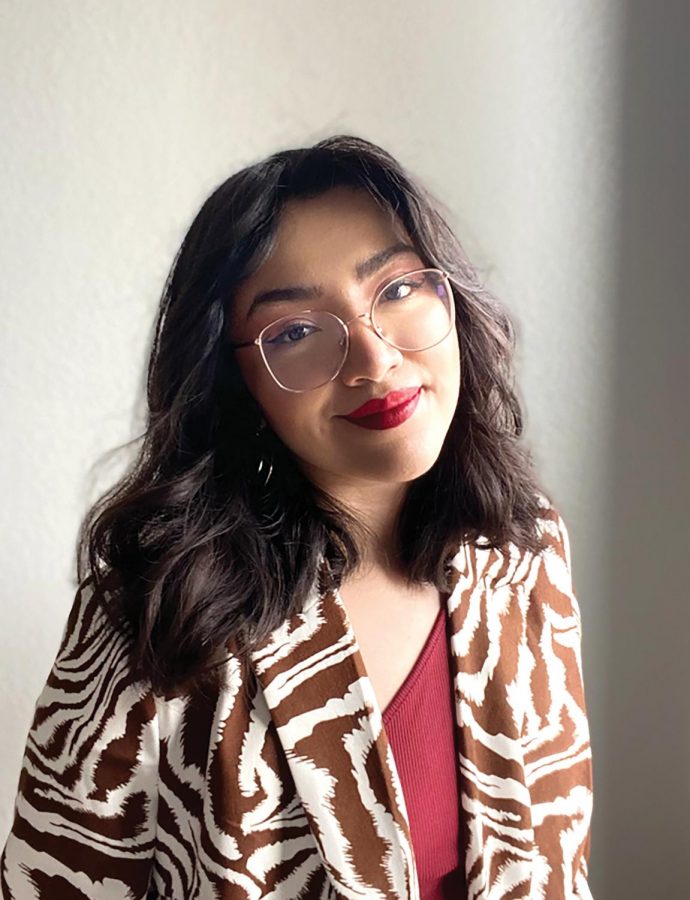 As students prepare to take their final exams, add finishing touches on job applications and prepare for their big projects before graduation, one student finds herself also preparing to leave the borderland for Washington D.C. Patricia Estefania Morales Mitre is a bilingual freelance journalist and UTEP student majoring in multimedia journalism with a minor in marketing, graduating this December. Mitre has been working with National Public Radio (NPR) as production assistant for their social media platforms since September.

“It’s been a whole experience; fortunately, I’m only taking two classes this semester, so it’s not as stressful as being a full-time student,” said Mitre. “Definitely working from home with NPR has helped me because I can take my computer everywhere and work remotely.”

Working with NPR is only one of many opportunities Mitre has had, as she has already worked with Agence France-Presse, BuzzFeed News, El Diario New York, La Opinión Los Ángeles, NBC News, MSNBC Noticias Telemundo, the STTE Foundation, Culturas.us, the American Society for Magazine Editors and PBS.

Even with everything she has accomplished, her mother’s pride is what she strives for most. “My biggest accomplishment is making my mom proud, whether it’s working with NPR or a local station, knowing I can make my mom proud and that she can look at my work is amazing,” said Mitre. “Hearing her say, ‘Aye mija, estoy tan orgullosa,’ that’s the most rewarding part of it all.”

Mitre came to the U.S. from Ciudad Juárez for the opportunity to attend college and make her mother and brothers proud, and she continues to do her best at every position offered to her to highlight the talent that can come from El Paso especially being a city filled with Latinx individuals.

“I want to overperform to tell and show them that people from El Paso can get stuff done and how they should look more into journalists in El Paso,” said Mitre. “The pressure of not wanting them to regret hiring me is immense; I’m only one person from El Paso, and I want to represent our city and our culture well.”

Even with her remarkable success, struggles always arise, which has only made her grow as a journalist.

“Last year, I applied for photo editor at NPR, and well, I didn’t get it, but I kept in touch with one of the editors and when this position opened up, she communicated it with me,” said Mitre. “Even though I didn’t get it, it opened up another door for me.”

Mitre’s journey is only one of a few Latinx journalists in the field, not only as a woman but a person of color and an immigrant. With the reality of being one of only a handful of Latinx journalists, Mitre hopes to not only inspire but also bring more Latinx people into the journalism field.

“There needs to be more representation with Latinas in journalism, especially Latinas in power in the media field. I want to showcase the diversity in Latinas and Latinx people,” said Mitre. “I’m a Latina immigrant, but there is a Latina who is a child of immigrants somewhere out there trying to stand out and be the next journalist. There are so many Latinx voices out there.”

Along with wanting to bring diverse voices into the journalism field, Mitre encourages everyone to apply to as many internships or as many jobs as possible.

“Everyone has their own talents; you have one thing about you that someone else doesn’t, and that makes you worthy of applying to the internship you have been thinking about all day,” said Mitre. “Just because you think you are unqualified doesn’t mean you shouldn’t apply. Screw it. We are so empowered to do anything as Latinx people. So just apply, you never know what can happen.”