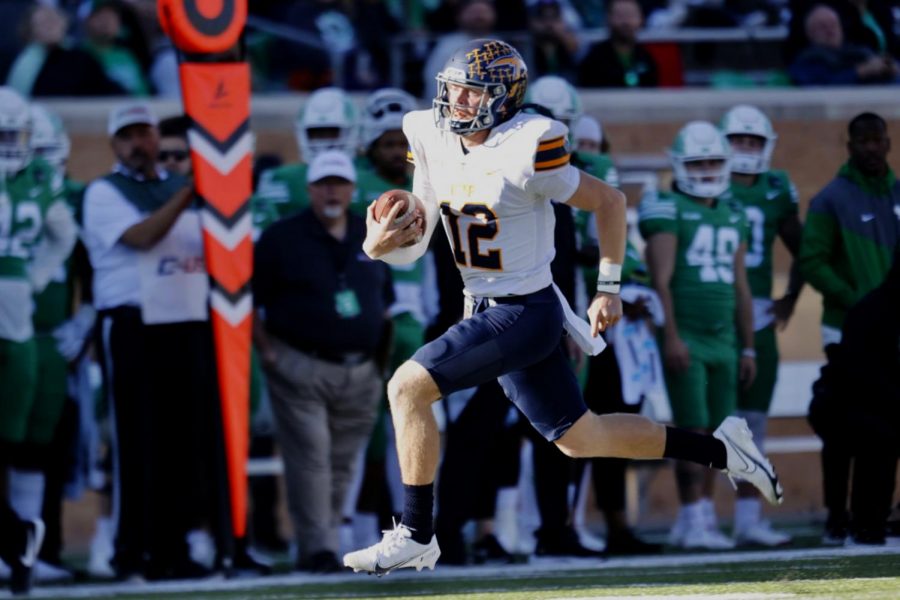 The game proved to be a defensive game early on that resulted in a scoreless first quarter. While no points were scored, sophomore quarterback Gavin Hardison recorded a 27-yard rushing play, which is a career long.

In the second quarter, the Miners were able to get on the board first after a 76-yard connection between Hardison and sophomore wide receiver Jacob Cowing to give the Miners a lead of 7-0.

This is the longest pass play the Miners have recorded this season, and the second-longest connection between Hardison and Cowing. The 82-yard pass from the ULM game in 2020 is their longest connection.

At halftime the Miners were up against the Mean Green 7-3.

While the Miners held up defensively in the first half, the Mean Green were able to score 17 straight points.

The Miners were struggling to get a rhythm going offensively, but at the end were looking to make a comeback when down 17-7 with seven minutes left in the fourth quarter.

Hardison was able to help bring the team down the field in a seven-play, 98-yard scoring drive that led to a four-yard rushing touchdown by junior running back Ronald Awatt.

After this scoring drive, the Miners had the momentum and the defense to force UNT to go three and out. This left the Miners with 2:47 left in the game to play.

After a 12-yard rush from Awatt and a 32-yard connection between Hardison and senior wide receiver Justin Garett, the Miners were set up at the UNT 25-yard line. While the Miners couldn’t get much more than that, the drive is what set up the 37-yard field goal. Junior kicker Gavin Baechle was able to tie the game 17-17 by nailing that field goal with only 55 seconds remaining in the game.

However, those 55 seconds were all UNT would need to win the game after a 27-yard field goal made by UNT kicker Ethan Mooney, making the final score 20-17.

“This was a really tough loss,” fourth year UTEP head coach Dana Dimel said in an interview after the game. “We need to make more plays in all three segments of the ball to win a football game.”

On a brighter note, with a 9-yard catch late in the third quarter, Cowing became the seventh UTEP player to reach 1,000 receiving yards in a season. Cowing has recorded 1,097 yards in 2021, the fourth most in a season in school history.

The Miners are looking to bounce back and snap this losing streak in their next game which is at 2 p.m. on Saturday, Nov. 20 at the Sun Bowl. They will face Rice in their last home game of the season and UTEP’s senior class will also be honored at this game. Students can qualify for a free ticket with the use of their Miner Gold Card.

Stats acquired with the help of UTEP Athletics.