The epidemic of school shootings in America 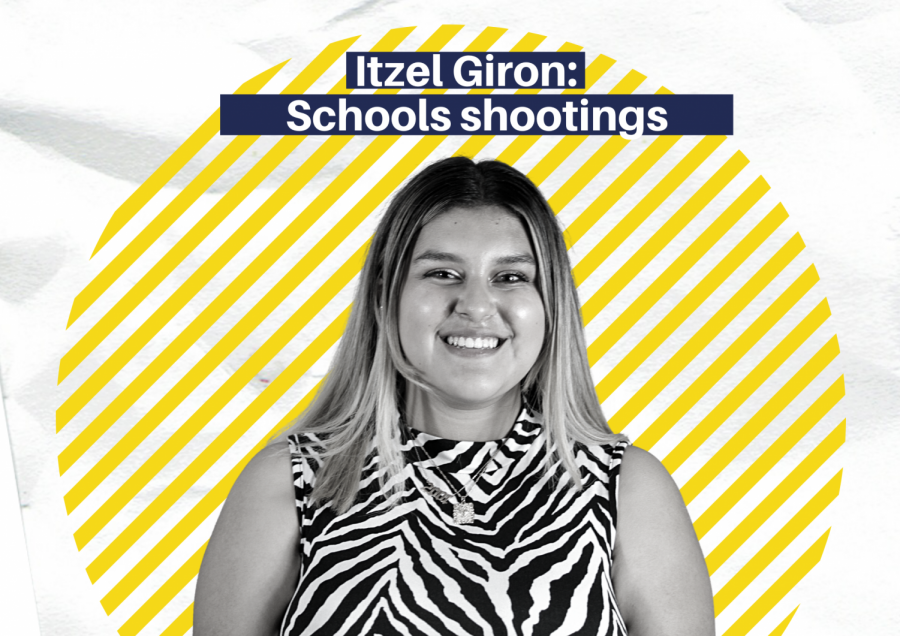 For years, the United States have dealt with hundreds of mass shootings in schools, from the Columbine High School shooting in 1999 to more recently at Timberview High School Oct. 6.

Shootings seems to inevitably happen every year, either in a school or shopping center, they have become “normal” in our lives as Americans. Each year we hear of a new and devastating shooting that rocks the nation, yet as a country we allow these acts to be repeated.

With the familiar feeling of devastation, heartbreak and distress, it has increasingly created the feeling of anger and confusion for many. The question always lingers whether nothing will change or if this might be the one shooting that can change the course of our future.

Though the earliest school shooting is dated back to July 26, 1764, the most infamous school shooting in U.S. history has been Columbine and unfortunately has been the blueprint for so many other offenders across the country. From the shooting at Sandy Hook Elementary to Marjory Stoneman Douglas High School, each shooter idolized and were inspired by the two shooters in Columbine. The disturbing similarity is something that could have been prevented, if only something was done after the shooting in 1999.

Other similarities found in each situation include how easily each perpetrator can bring a weapon onto school grounds, even with the increasing changes in security. From metal detectors to the increased security presence on school grounds, mass shootings continue to happen across the nation and not just in a school setting.

It has continuously been shown that guns find their way into the hands of the wrong people and damage the lives of the innocent. Whether purchased legally or illegally, guns should not be in the hands of those not mentally capable of handling them responsibly. A process must be put in place to not get rid of guns completely, but limit the opportunities for guns to be put in the wrong hands.

Since 1999, there have been over 256,000 students exposed to gun violence across the nation, not including misfires or thwarted attempts. Even with no school shootings happening in during the COVID-19 pandemic, noting that for most of the 2020-year students completed the school year virtually, there have been 24 school shootings in 2021, with the last one being recorded Oct. 12.

School shootings, as these statistics show, are not a rare occurrence in the United States.

For the past 20 years, the families of each victim of various massacres have fought and continue to fight for gun control. Whether it be for complete banning of firearms or limiting access to them, they have not given up hope for a better future.

More recently, students from across the country have come together to help stop the epidemic of school shootings. Though this fight began back in 1999 after Columbine, students of Marjory Stoneman Douglas have organized the March for Our Lives movement back in 2018 — a small step taken in hopes that school shootings be prevented and that not another innocent student should die due to unnecessary gunfire.

March for Our Lives and other organizations like Sandy Hook Promise and Protect Our Schools have dedicated their time into bringing both Republicans and Democrats together to combat the issues that lead to gun violence and particularly school shootings. The possibility of a shooting occurring could end if everyone set aside political beliefs and remembered that another child should not have to die for us to realize something needs to change. Instead of picking sides, we should come together to accept firearms do not belong to schools and to protect current and future generations of students.

As a nation we must remember that it is not normal for a 20-year-old to remember school shooting drills based off experience; no person should have to deal with that trauma at any age, let alone at the age of 6 or 7 years old.

To put it simply, school shootings in America happen because guns are easily accessible to those not mentally capable nor qualified to handle them. As a country we must realize that we cannot stand aside and let these massacres to be repeated. Rather, we must unite and accept that no student should be put in a situation like that ever again.

Itzel Giron is a staff reporter and may be reached at [email protected]; @itzel_anahi_16 on Twitter and @by.itzel.giron on Instagram.