UTEP Miners rally against the Roadrunners 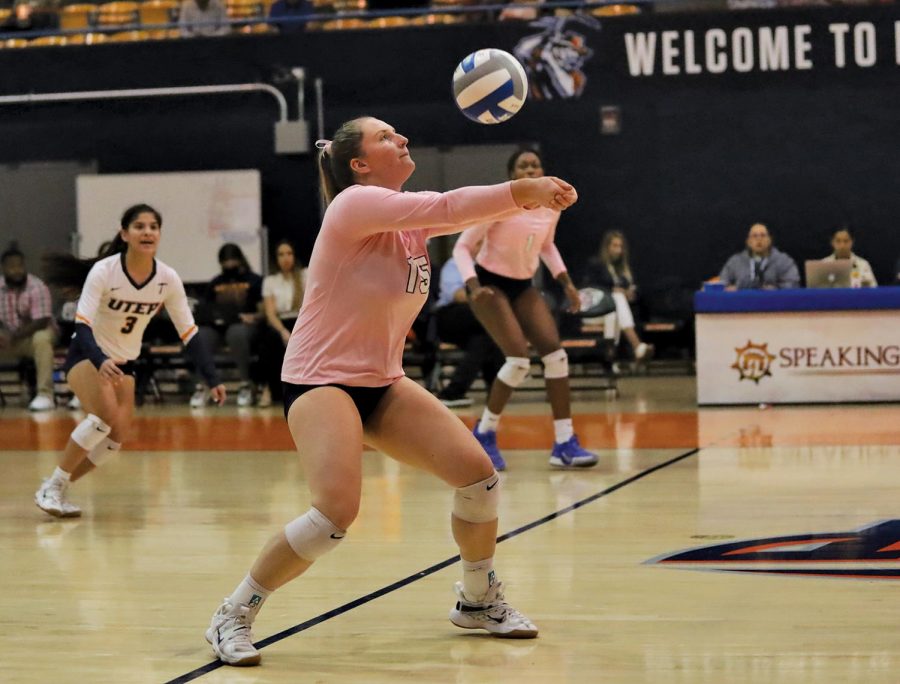 Setter Kristen Fritsche bumps the ball during the game against the Blazers Oct. 22.

“It was a grinder match like I said from the beginning and we were able to grind out this win,” head Coach Ben Wallis said in a post-game interview. “UTSA served it really tough for two to three sets. They tried really hard to get us out of sorts and they did that for a little while, but we stayed strong and stayed competitive.”

“It was a battle today,” head coach Ben Wallis said in a post-game interview on Saturday. “We did a lot of things right offensively for long stretches, but we just didn’t do enough block-and-defend when we needed to. We out-played ourselves.”

On the defensive side, Sianez tallied 31 digs while Perez Rosas recorded 17 digs for a double-double.

The Miners are set to host the University of Texas Rio Grande Valley (14-9, 5-4 WAC) on Nov. 3 at Memorial Gym. The match will have live stats available.

All stats and quotes for UTEP provided by the Department of Athletics Strategic Communications, and UTEP Athletics official website utepathletics.com.

All stats for UTSA provided by goutsa.com.