Miners fall in a close game against FAU 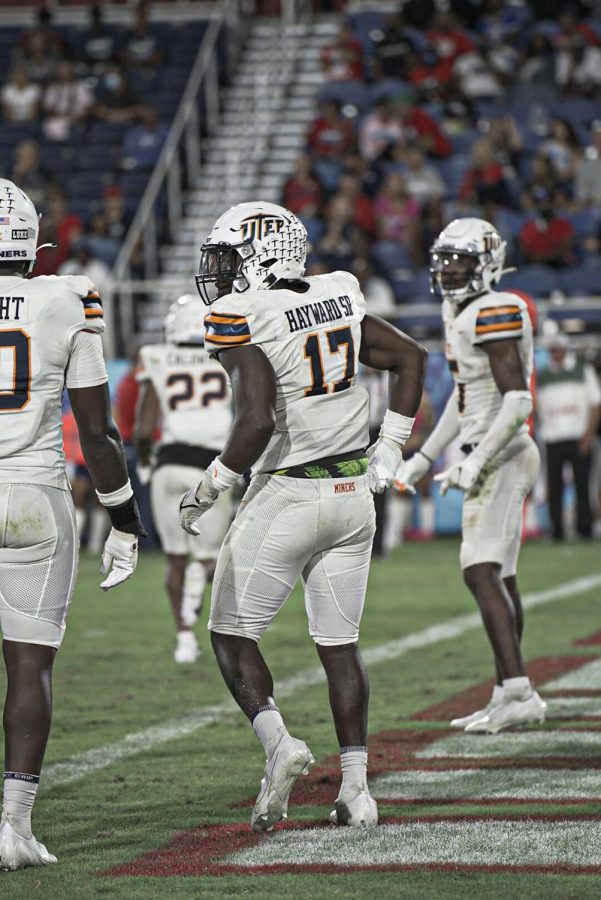 Only one game back from the front runners No.16 UTSA Roadrunners, this game gave the Miners the opportunity to tie the Roadrunners in conference play. The Miners fought hard to come back against the Owls but came up short in a game that ended with a final score of 25-28.

It was a slow start for the Miners, going down by four points in the first quarter.

The touchdown was not enough to give the Miners the lead and they went into the locker room down by four points at the half. It was a disappointing third quarter for the Miners, who did not manage to put points on the board and went down by eleven points going into the fourth quarter.

It was do or die for the Miners going into the fourth quarter and it started off poorly when the Owls scored a touchdown to go up by eighteen points. However, the Miners nearly managed a comeback with three minutes left on the clock.

Miners running back Raynold Awatt scored a five-yard rushing touchdown with 2:50 left on the clock and they managed to convert a two-point conversion cutting the deficit to ten points. Following the touchdown, the Miners tried an onside kick and were able to recover it.

On the ensuing drive quarterback Gavin Hardison threw a 49-yard bomb to wide receiver Tyrin Smith and the Miners were able to cut the deficit to three points with 2:02 left in the game.

The Miners’ defense kept them in the game with a late stop that gave the offense the ball with less than a minute left in the game. In the end the Miners were not able to capitalize on opportunity and were handed their first conference loss of the season.

Defense played a big part in this contest with the Miners holding the Owls to 280 yards. They have allowed less than 300 yards in six games this season, their most since doing so eight times in 1966.

“The defense played fantastic, but we didn’t play well enough to win,” said Dimel. “We played really good football and got ourselves back into and had a chance to get ourselves to make a play at the end of the game and couldn’t quite do it.”

The Miners had their four-game win streak, which was their longest since 2010, snapped by the Owls and dropped to 2-2 on the road this season. The Miner’s 3-1 record in C-USA remains their best through four games since joining the league in 2005.

The Miners’ next game is at home against the undefeated Roadrunners at 8:15 p.m. MST Saturday, Nov. 6 at the Sun Bowl. This game with be the Miner’s “Salute to Troops” game.

Game tickets are available by calling (915)747-UTEP or by visiting www.utepminers.com/tickets. UTEP students qualify for one free ticket with the use of their Miner Gold Cards. This game will also be nationally televised on ESPN2.

Stats provided with the help of the UTEP Athletics department.