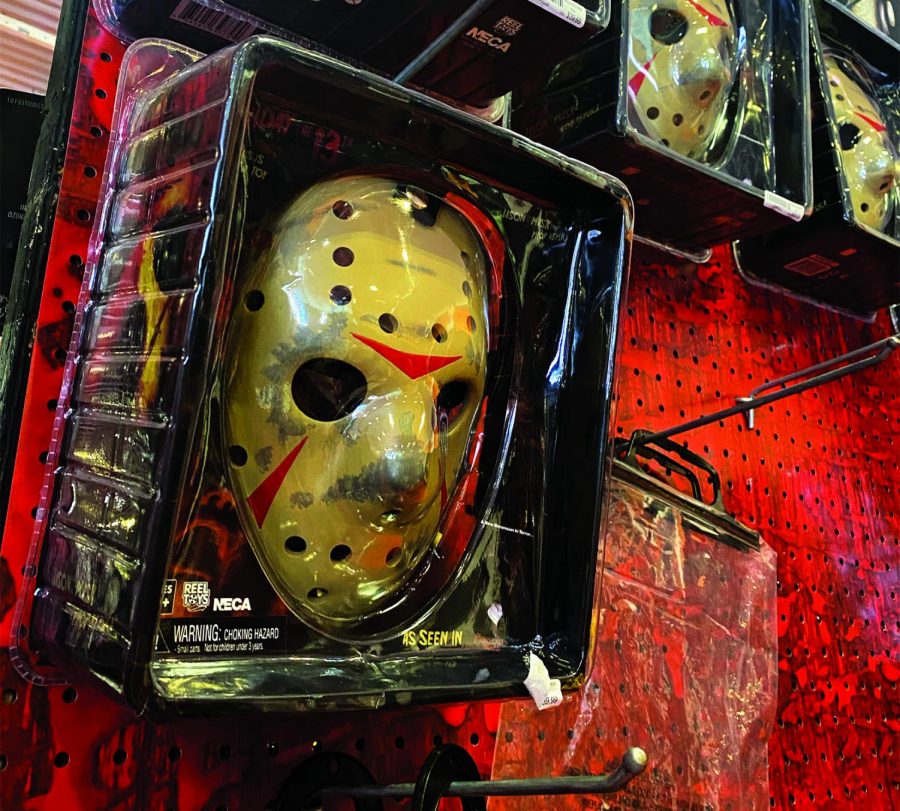 Costumes such as Jason from Friday 13th, are very popular and can be found at Spirit Halloween.

El Pasoans are getting ready to celebrate Halloween in the border city with parties and trick or treating in full swing this year. This October, costumes and candy are making a comeback in a big way.

UTEP students are drawing inspiration from popular Netflix shows such as “Peaky Blinders” and “Squid Game” for costumes this fall. Many students plan to attend Halloween festivities, from house parties to the UTEP campus ghost tour on Oct. 29.

Though many are struggling to find an original costume, some are getting creative with ideas, such as Sabrina from “Sabrina the Teenage Witch” or Rory from the show “Gilmore Girls.” Others are planning to go with some of the more classic Halloween costume ideas.

According to the National Retail Federation (NRF) the top three costumes for adults this year are a witch coming in at number one, vampire at number two and ghost at number three. These are some of the simpler ideas that do not take very much planning. Even though these ideas are simple, they are nonetheless staples at any costume party.

Others are taking more consideration into their costumes. UTEP student Santiago “Sonny” Contreras plans to dress up for a Halloween party with his girlfriend, as Al Pacino and Michelle Pfeiffer’s characters from “Scarface” (1983).

In 2020 trick or treating was not permitted in El Paso due to the risk of COVID-19. This year, with a high city-wide vaccination rate, trick or treating is back on. In the spirit of Halloween, it seems that more people are willing to spend more money and partake in the Halloween festivities than they were last year.

According to data provided by the NRF, the percent change of spending by Halloween category from 2020 to 2021 was notable. Spending on costumes increased by a 27%, decorations increased by 22% and on candy it increased by 24%.

Even though some people are going all out on their costume ideas, others are simply happy to be returning to celebrating Halloween with friends and dressing up in simple costumes. Classic costumes such as cats or pirates are topping the charts as some of the more popular costumes. In any case, it is not so much the costumes that make Halloween so enjoyable as much as it is the pleasant company and the spooky atmosphere.

Levi Carlos may be reached at [email protected]