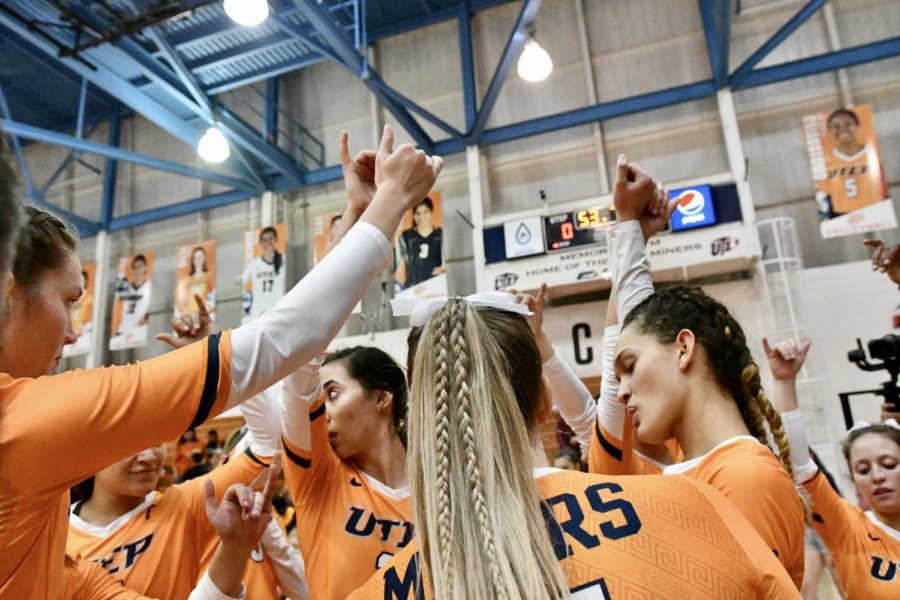 Freshman outside hitter Mia Wesley recorded a season high of 25 kills in the 2021 season for Southern Miss, along with a hitting percentage of .333. Junior setter Kenzie Smith had 43 assists and 10 digs, while senior outside hitter Lauren Talbert recorded 11 kills and 11 digs.

“It was stressful,” said head coach Ben Wallis in a post-game interview on Saturday. “Southern Miss played a lot harder today and served it a lot tougher. We didn’t handle their service pressure very well for long stretches, but we battled and took a couple punches.”

Once again, senior setter Kristen Fritsche led the team with a personal best of 33 assists and sophomore setter Hande Yetis recorded 20 assists. On defense, sophomore defensive specialist Alyssa Sianez ranks first on the team with 15 digs and three service aces. Fritsche and Perez Rosas achieved a double-double with 12 and 10 digs each.

For Southern Miss, freshman outside hitter Mia Wesley recorded 29 kills, beating the season high she recorded on Friday, making it the most kills by any Golden Eagle in the 2021 season. Senior outside/middle hitter Kinsley Hanback recorded 12 kills with a hitting percentage of .417 and junior setter Kenzie Smith recorded 54 assists and six kills.

“It got kind of chippy between the two teams and luckily my team was a little bit more veteran and composed,” Wallis said in a post-game interview on Saturday. “That just shows that we decided we were going to hit the ball hard and be more physical. That’s why we got the victory.”

The Miners face off against Conference USA rival, the University of Alabama at Brimingham (8-10, 3-3) at the Memorial Gym on Friday, Oct. 22 at 6 p.m. and Saturday, Oct. 23 at 12 p.m. Both matches will be streamed on CUSA.tv, with live stats available.

All stats and quotes for UTEP provided by the Department of Athletics Strategic Communications, and UTEP Athletics official website utepathletics.com.

All stats for Southern Miss provided by southernmiss.com.

Katrina Villarreal may be reached at [email protected]