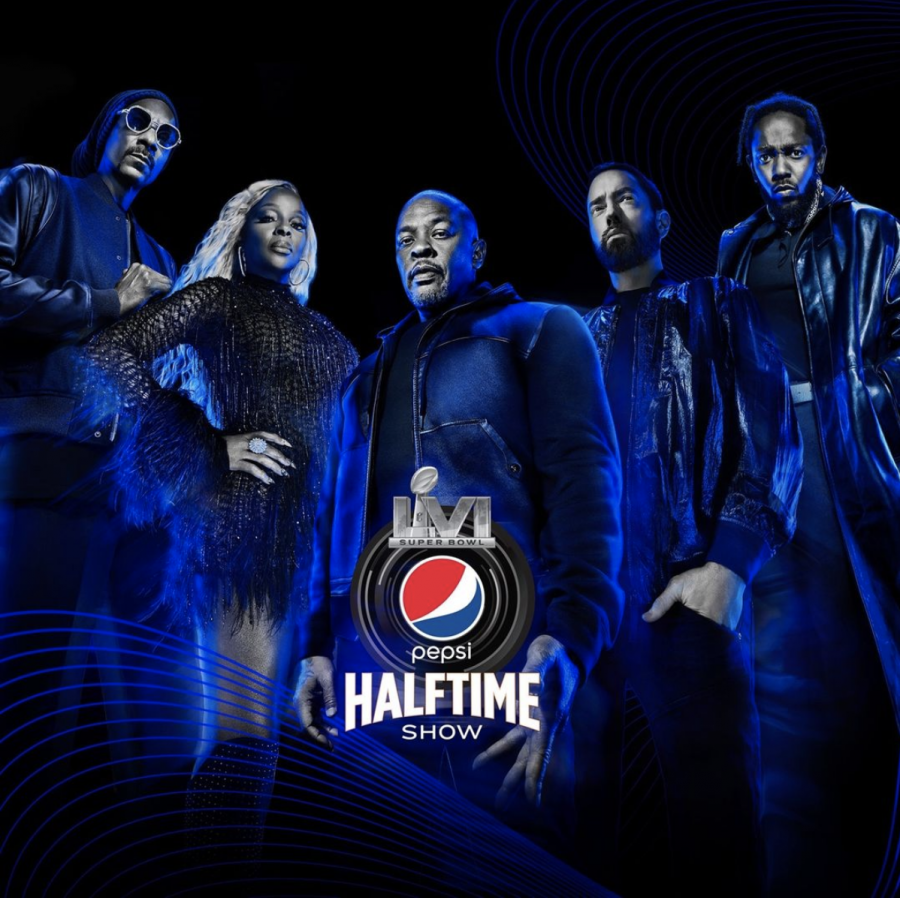 The show will take place at SoFi Stadium in Inglewood, CA. For the first time in 30 years, the lineup consists of LA natives and accredited artists across the country; with 43 Grammys and other numerous accomplishments combined, it has become highly anticipated not only across the country but here in the Miner community.

As for UTEP sophomore Jaime Carbajal, this Halftime performance showcases some of the best-selling artists in the music industry.

“It’s going to be really cool to see a bunch of LA-based artists who pioneered west coast rap perform there where it all began for them,” said Carbajal. “Although Eminem and Mary J. Blige aren’t big LA rappers, they remain being some of the best artists out there today.”

The Halftime performance is an opportunity to showcase music icons and allows artists to convey whatever message they choose to. However, after losing viewership in 2019, Roc Nation, founded by rapper JAY-Z, was appointed to take musical and creative control for the halftime performance.

The performances by The Weeknd, Jennifer Lopez and Shakira depict the change Roc Nation has brought and continues to bring. This year’s announcement showcases only more of the change they want to continue to see.

“This is definitely going to be a favorite performance of mine; I grew up listening to all of their music, and it’s going to be exciting to see them come together for this,” said UTEP Freshman Renee Garza. “I usually don’t watch the Superbowl unless it’s a good halftime show, so you’ll definitely catch me watching next year.”

Big names like Dr. Dre and Snoop Dogg are historic to rap and hip-hop music. Eminem and Kendrick Lamar have established their names and Mary J. Blige remains a voice of R&B music. However, the question does ponder; what else could this halftime show add to make it even better or more elaborate?

“I would love to see the performers collaborate and do a mashup of their songs and get new takes on some of their more popular songs,” said UTEP senior Isabel Garcia. “I’m especially excited to see the stage presence, more specifically Kendrick Lamar, since he is just next-level.”

Overall, the anticipation is high for the upcoming show amongst Miners from the historic performers of Dr. Dre to the well-established Kendrick Lamar, the bar has already been set high.

“I’m really hoping Dr. Dre brings out members of N.W.A and they perform a song or two together, it would just be for old times’ sake and the cherry on top for a stellar lineup,” said Carbajal.

Even with a high set bar already placed, some might say it won’t top some already hit performances from past years.

“It has potential to be really good, but I don’t think it could surpass Beyonce or Michael Jacksons’ performance,” said Freshman Mia Garcia.

“It could top certain performances, but the bar was personally set really high for me after JLo and Shakira back in 2020; it’s honestly my favorite performance by far,” said Carbajal.

As most halftime performances go, the expectation of going above and beyond is always there and will always remain for those performing next year and to those who perform years from now.

Itzel Giron may be reached at [email protected]; @itzel_anahi_16 on Twitter.