Miners eager to take on the Golden Eagles 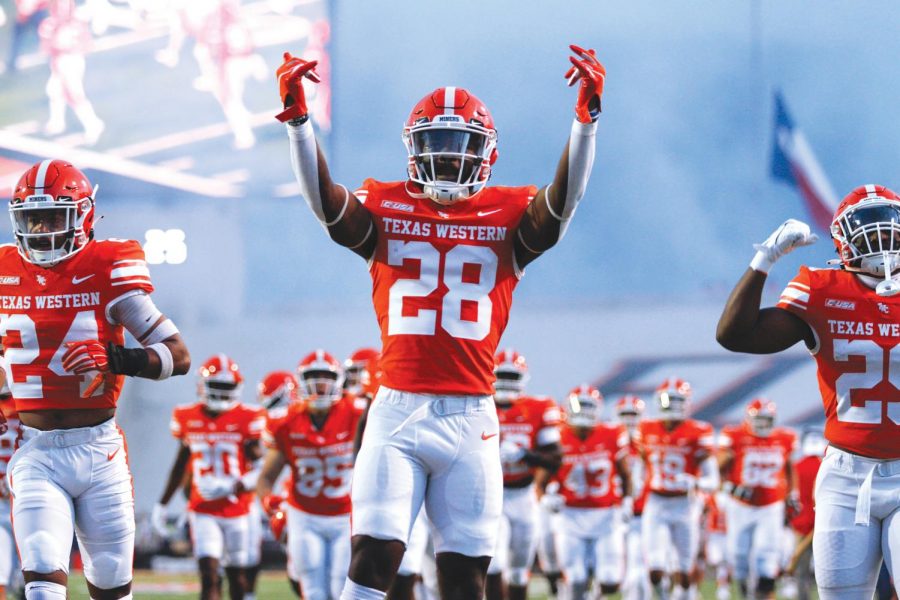 The Miners (4-1,0-0) face The University of Southern Miss Saturday in the continuation of conference play. The Golden Eagles present a significant challenge to UTEP as their biggest win came against Grambling State University with a final score of 31-0.

Last year the matchup between the Miners and the Golden Eagles was cancelled because of suspension within athletics that had issues with COVID-19.

The Golden Eagles offense averages around 230 yards each game. The player to look out for is their redshirt sophomore quarterback Trey Lowe III. His best game came against Grambling State. He was almost a perfect 9-for-11 passing for 99 yards and one touchdown. Freshman running back Frank Gore Jr also presents a challenge on the ground for the Miners as he averaged 7.7 yards per carry in that contest.

The Miners offense as of lately has been an up and down unit, but they are led with a lot of talent to overcome mistakes. Junior quarterback Gavin Hardison leads the team in passing yards with 1139 and eight touchdowns on the season. Sophomore wide receiver Jacob Cowing is second in yardage with 585 yards and four touchdowns.

The Miners do have the fire power on offense and should match up well with Southern Miss’s defense. However, UTEP must also try to avoid a slow start on offense as they have struggled to get the offense going in the first quarter in previous games.

Defensively, the Miners have been a very good unit this season and should match up well with the Golden Eagles offense. UTEP’s defense ranks 41st overall in total defense heading towards the midway point of the season. Their redzone defense is one of their strong points as well, ranking 28th at this point in the season.

UTEP has a chance to move up in the conference with a win against the Golden Eagles this Saturday and improve to 5-1, something that has not been done in a while.

The Miners face The Golden Eagles Saturday at 5 p.m. at Roberts Stadium in Hattiesburg, Mississippi.

Danny Lopez may be reached at prospector.utep.edu