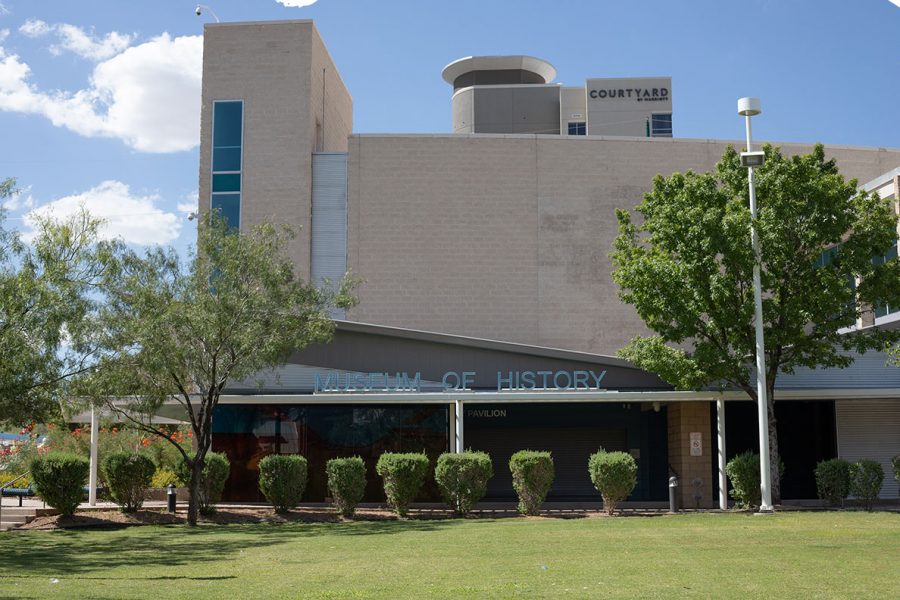 Earlier this month, the city’s Museums and Cultural Affairs Department announced a new director for the El Paso Museum of History.

Erica Marin, 46, is making history herself in becoming the first Latina and El Pasoan to be appointed director.

“I feel really honored, and I hope it inspires more people to take an active interest in history because history touches everything. It’s the story of people,” Marin said. “Hopefully, it inspires people to come in, to experience and explore their own personal history.”

Marin has worked with the city for over three years as a curator and registrar. Previously, she worked at the Las Cruces museums, also as a curator.

She graduated from New Mexico State University with a bachelor’s degree in fine arts/museum conservation and from UTEP with a master’s degree in public history.

Marin self-identifies as a Xicana and was born and raised in El Paso, TX. Her parents actively participated in the Chicano movement, causing her to connect with the borderland community and its culture.

As an artist, her art focuses on reflecting the identity and memory of the Chicana experience in the borderland.

“What we learn in textbooks in K-12 isn’t necessarily all of history, but just a very general overview from a very specific perspective. So, what we are trying to do is to change that, they are many other perspectives and many ways to look at history,” Marin said. “I think one of the things that have been left out, are the voices of everyday folks and people of color. So, I find it very important to explore those identities and experiences through exhibitions.”

Marin is determined to connect the museum with the community and expand its access to underserved communities.

“It doesn’t matter what we do if people can’t reach it and see it,” Marin said.

While working at the museum, Marin helped develop exhibitions including Neighborhoods & Shared Memories: Sunset Heights and Low & Slow: Lowrider Culture on the Border.

“After interviewing multiple candidates for the leadership position, Erica Marin stood out as the best candidate to lead the El Paso Museum of History,” Ben Fyffe, cultural affairs and recreation managing director, said in a news release. “Her years of experience, leadership, and expertise, along with her love and passion for our city, will enhance programming and exhibits at the Museum of History.”

Marin’s connection to museums started when she was young. Her father would always take her to museums across Mexico, including Mexico City, Chihuahua, Ciudad Juárez, or any free exhibitions available.

Her grandma lived close to the old Museum of Art located on Montana Avenue, and Marin would constantly visit, and she became familiar with the Kress Collection.

Thursday, Aug. 26, a Lucha Libre: Stories from the Ring exhibition will be inaugurated at the museum from 6 p.m. to 8 p.m. Later in the year, El Paso’s Home Grown: World War II exhibition will open to the public.