Fourth of July events and celebrations around El Paso 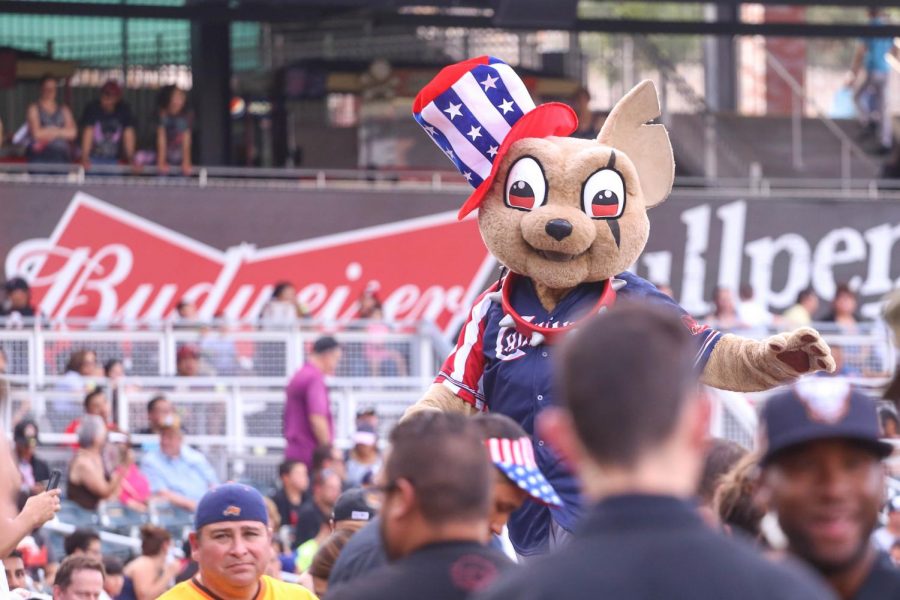 Chico greets the fans in his 4th of July attire for the El Paso Chihuahuas.

With the increased reopening of businesses and the easing of COVID-19 restrictions, the El Paso area will have plenty of things to do for the July Fourth holiday. Below is a list of some of the events that will be happening.

The El Paso County Parks and Recreation Department will be having a Fourth of July celebration 3 p.m. July 4 at Ascarate Park. Activities will include food trucks, swimming and fireworks display at 9:20 p.m. Only 2000 cars will be allowed with parking $5 per vehicle. There is no charge for people to walk into the park, but alcohol and tobacco are prohibited.

If parades are your idea of a good time, then the El Paso De Norte Lions Club will host the 44th Annual People’s Parade starting at 9 p.m. July 4 at Hanks High School. The parade route will go from Montwood High School along on Montwood  Drive then proceed to Yarbrough Avenue ending at Album Park on Album Avenue.

Another parade hosted by the Rim Area Neighborhood Association will take place 10 a.m. July 4 at the intersection of Rim and Brown. The parade will culminate at Tom Lea Park. Due to precautionary reasons and space limitations, there will be no gathering at the park after the parade but water and Popsicles will be provided.

For those that want to venture down the road to our sister city of Las Cruces, New Mexico, there will be a couple of noteworthy events.

The annual Electric Light Parade will return after a one-year hiatus with a Stars and Stripes Forever theme 9 p.m. July 3 at Apodaca Park, 801 Madrid in Las Cruces.

The Gin Blossoms will headline the annual free Fourth of July Celebration Concert with Lee Rocker of the Stray Cats opening the show.

Known for the top 10 singles “Till I Hear from You” and “Follow You Down,” The Gin Blossoms rose to prominence with the release of their second album New Miserable Experience, which went multi-platinum. Lee Rocker rose to fame as a member of the Rockabilly group the Stray Cats, known for his signature double bass and was featured on the hits Rock this Town and Stray Cat Strut, which both hit the top 10 in 1981.