Amaewhule ready to break out on defense 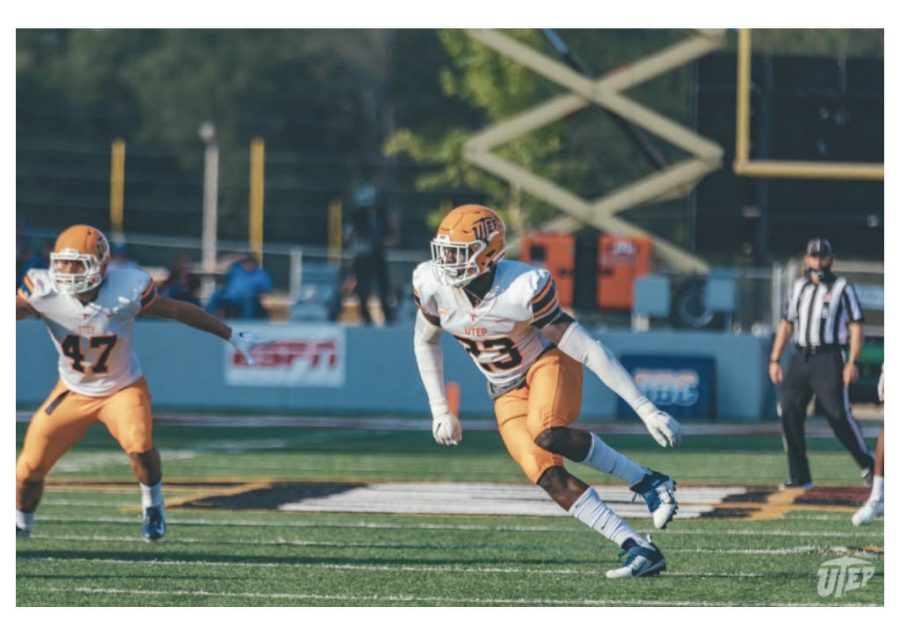 With the start of UTEP’s football season in August, the Miners have a few key players on their roster that are looking to make an impact. Redshirt junior Praise Amaewhule looks to be one of those players and is looking to hopefully to hear his name called at the NFL draft.

Last season, Amaewhule was named All-Conference USA second team, had 19 tackles, four quarterback hurries, a forced fumble and a fumble recovery. Amaewhule had an excellent performance against Louisiana Tech University, notching five tackles, 3.5 tackles for a loss, 3.5 sacks and four pass breakups. Amaewhule also had a forced fumble with a sack and tackle for loss.

With the stats Amaewhule put up in his two years at UTEP, his stock will only continue to go up. Amaewhule was also named first team in the Dave Campbell all-Texas team for this upcoming season.

Amaewhule was productive during his redshirt freshman year, earning a spot on the Conference USA all-freshman team, playing in 12 games and starting eight of the games as a defensive end. Amaewhule had 28 tackles, three pass breakups, a fumble recovery, and a blocked kick.

During a game against the University of Texas at San Antonio, Amaewhule had two pass breakups, a tackle for loss and a quarterback hurry.

Amaewhule is bound to have a productive season this year for the Miners as they will need his presence on the field against the top-tier offensive line talent in the Conference USA. Amaewhule does have a chance to get on the NFL’s draft big board if he keeps playing with the consistency and high motor, he brings to the field each game. This year should be an upgrade from last year for Amaewhule as he should garner lots of attention from NFL scouts and executives.

Danny Lopez and Katrina Villarreal may be reached at [email protected]