Take Back the Night raises awareness against sexual violence 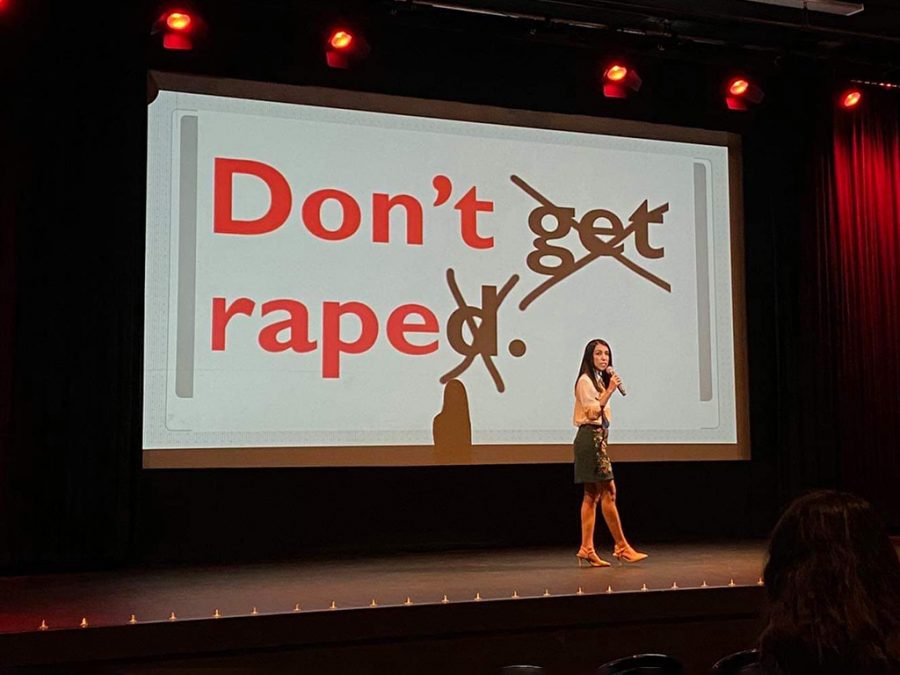 Students gathered Wednesday, April 24, at the Union Cinema listening to UTEP lecturer Ruby Montana’s testimony of those who once were victims of sexual and domestic abuse.

UTEP’s Campus Advocacy, Resources and Education (CARE) hosted the Take Back the Night event on April 22 as part of raising awareness for sexual assault month. They had a movie screening of “Roll Red Roll,” followed by a discussion led by UTEP lecturer Ruby Montana and a candlelight vigil for victims of sexual assault.

This event was both in-person and virtual through Zoom. Students watching virtually watched the movie on their own and then rejoined the call for the discussion portion of the presentation.

The Take Back the Night event originally started in the 1970’s to combat sexual violence and abuse on campuses and in communities around the world. UTEP has been in collaboration with the Take Back the Night movement and has brought awareness to the campus with important discussions and events. “Roll Red Roll” is a documentary directed by Nancy Schwartzman. The movie, released in 2018, is a true-crime thriller that goes behind the scenes to uncover the truth behind a rape of a young woman in Steubenville, Ohio in 2012.

The story centers around Alexandra Goddard, a true crime blogger’s investigation and documentation of the tragedy. It also focuses on the aftermath of this event and how the small town handled it, while exposing an entire culture of complicity and the roles that social media, peer pressure, sports machismo and denial played in the tragedy.

Montana went into detail on these topics and showed pictures as examples on how woman are judged and blamed more than men when they experience assaults. Montana shared her own personal experience with abuse by a previous partner and how she persevered.

After the discussion, the audience was invited to ask questions . Some audience members shared their own experiences with sexual assault, while others thanked Montana for being brave enough to share her experiences and educate others.

“Instead of teaching our girls, ‘don’t get raped,’ ‘don’t go to that party,’ ‘don’t have too much to drink.’ How about we start teaching our boys, ‘don’t rape’?” Montana said.

You can learn more about sexual assault awareness month or learn about other events CARE is hosting and other resources by visiting their website at www.utep.edu/care.