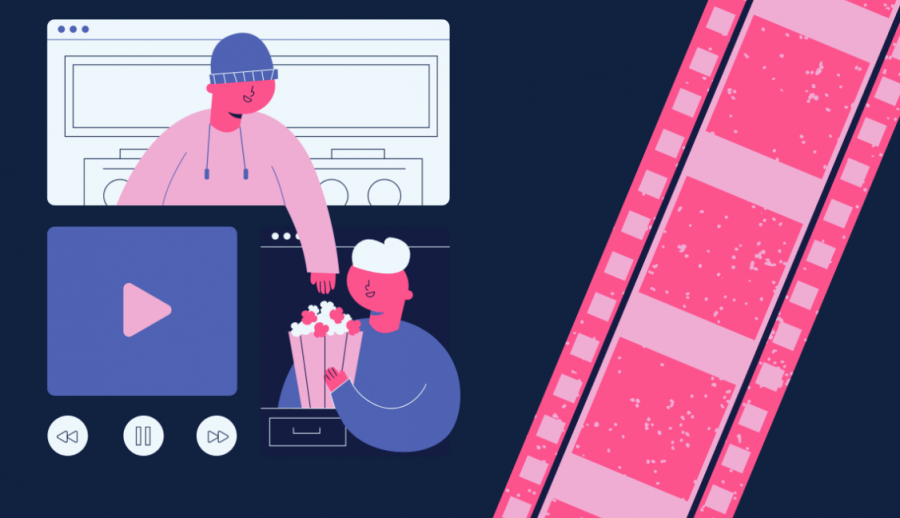 COVID-19 shut down movie theaters and restricted the release of many anticipated films. More people spent their time at home watching whatever was new on Netflix, Hulu, Amazon Prime, Disney Plus and all other streaming sites.

As summer 2021 rolls around, things are different. COVID-19 vaccines are becoming more available, things start to slowly open up and people are finding themselves less confined at home. There’s a solid chance they might miss out on some hidden gems that weren’t advertised in theaters.

Below, I reflect on a few of the films I watched to pass the time while in quarantine.

“Moxie” is a film available on Netfl ix. Th is movie is based on a book titled by the same name and written by Jennifer Mathieu. “Moxie” was directed by comedic icon Amy Poehler who also stars in her movie as the main character’s mom, Lisa. Th e story centers around protagonist Vivian who is fed up with the sexist and toxic status quo at her high school. She then finds inspiration from her mother’s rebellious past and anonymously publishes a magazine that sparks a school-wide revolution.

Th is movie will definitely become a cult classic in years to come. It is the epitome of what a good feminist movie should be. It is a very optimistic coming-of-age film. Th e theme of the movie was to stand up for what’s right and to use your voice to be heard. This movie was very witty and inspirational and will inspire everyone who watches it.

If you’re in the mood for a feel-good family movie, “Yes Day”, is the movie for you. Th e movie directed by Miguel Arteta and is also available on Netflix. Th is movie is about two parents who always tell their kids no,but one day they decide to only say yes to their kids for 24 hours and let their kids make the rules. They end up having a whirlwind family adventure, while running into a couple of obstacles along the way.

“Yes Day” stars A-lister Jennifer Garner and also Disney channel star Jenna Ortega. This movie is rated PG, so there’s something in it for everyone in the family.

Th under Force was directed by Ben Falcone and is available on Netfl ix. The film is a comedy, adventure film that stars Octavia Spencer and Melissa McCarthy. Th e pair stopped talking aft er a fight and have become estranged. In hopes of rekindling their friendship, they meet up and accidentally become superheroes when they’re injected with a secret formula. Throughout the film, they try to figure out their new powers and become a cohesive crime fighting duo.

I liked this movie because it was hilarious. It had a good storyline and starred some of my favorite actors. It is a hidden gem for sure. This movie is PG-13 as well, so it’s safe for families.