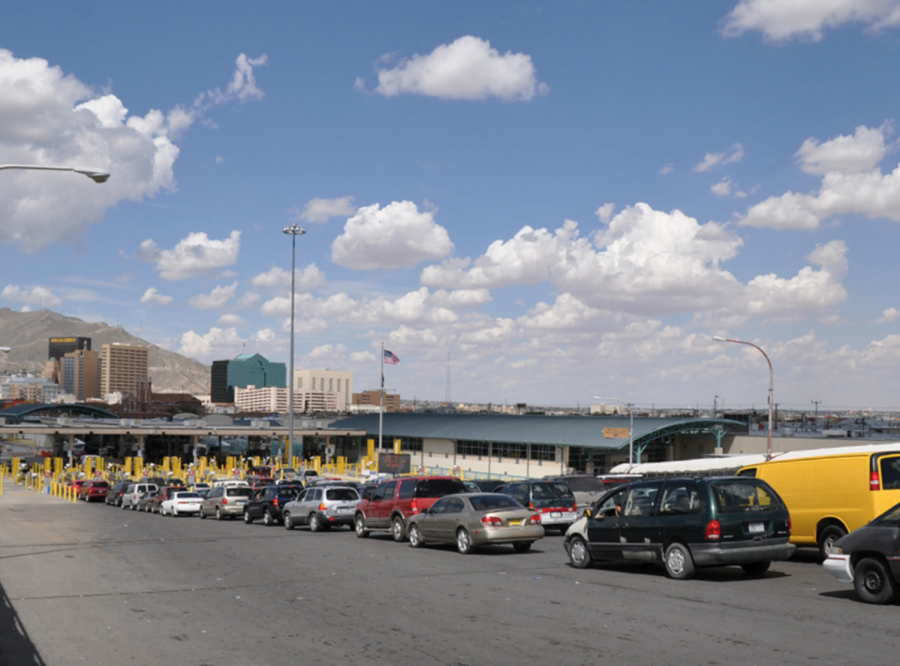 Photo courtesy of Jonathan McIntosh/ CC, licensed under CC by 2.0

Family members of international college students at UTEP who are graduating in May are facing the possibility of not being able to attend commencement due to restrictions on the U.S.-Mexican border.

In March 2020, the first COVID-19 case was reported in El Paso, followed by the U.S.-Mexican border restricting non-essential travel to prevent the spread of the disease.The restrictions do not affect UTEP international students as attending an educational institution is an essential reason for cross-border travel. Only U.S. citizens and legal permanent residents are allowed to cross freely to the U.S. from Mexico.

Some international students from UTEP have family members who do not have citizenship or permanent residency, thus the inability to cross.

In April, a group of eighteen UTEP students sent an email to UTEP President Heather Wilson, to inform her about their concerns regarding being able to have their parents, who live outside of the United States, attend their graduation commencement. The students asked for her assistance, considering her status as president at the educational institution.

According to the U.S. Embassy and Consulates in Mexico, these cross-border travel restrictions are to take place until May 21, 2021.

Landy Mendiola, a business administration graduate student at UTEP, is one of various international students whose parents are affected by the restrictions on cross-border travel on the U.S.-Mexico border.

“It’s sad because for my bachelor’s degree, everyone was here, and now, with my master’s degree, not even my parents are going to be able to cross,” Mendiola said.

Mendiola said events such as graduation should be considered an essential reason for cross-border travel.

Due to her status as an international student, Mendiola cannot receive financial aid and it is more difficult to receive scholarships.

“If I’m graduating, everyone should be able to come see me celebrate,” Mendiola said.

Josiah Heyman, director of UTEP’s Center for Interamerican and Border Studies, said the social relationship between people on both sides of the border is suffering due to cross-border travel restrictions.

“Public health criterion says that there shouldn’t be people going back and forth, but I’ll underline this idea: I think it’s very important that it’s not the case that bad things only come from the outside,” Heyman said about the Mexican side of the U.S.-Mexican border.

The building of the border wall under former President Donald Trump administration, heightened the idea Mexico is the dangerous side of the border. According to Heyman, this may have influenced CBP to react subjectively to how relationships between people on both sides are impacted, including the effects between international students and their foreign-born family members.

“There is two-thirds of the population (in El Paso) on the two sides of the (U.S.-Mexico) border who have close relatives who live on the other side of the border,” Heyman said. “We experience this as a day-to-day reality in El Paso-Juárez, so the border is a place where we have related communities.”

Because of how unified the borderland is, Heyman emphasizes on the importance of maintaining cross-border relationships so graduating students don’t have to experience the effects of not having their families with them to celebrate.

“We need to think about how to restore the normal flow of people back and forth across the border,” Heyman said. “As unnecessary as I think the COVID-19 reduction on border crossing was, it did occur under a very difficult time and very difficult circumstances, but we’re beginning to pull out of it.”

Wilson said she is still working with authorities to make it possible for family members to come from Juárez to attend the graduation commencements in May.

Nicole Lopez can be reached at [email protected] @nicoleilopez on Twitter.