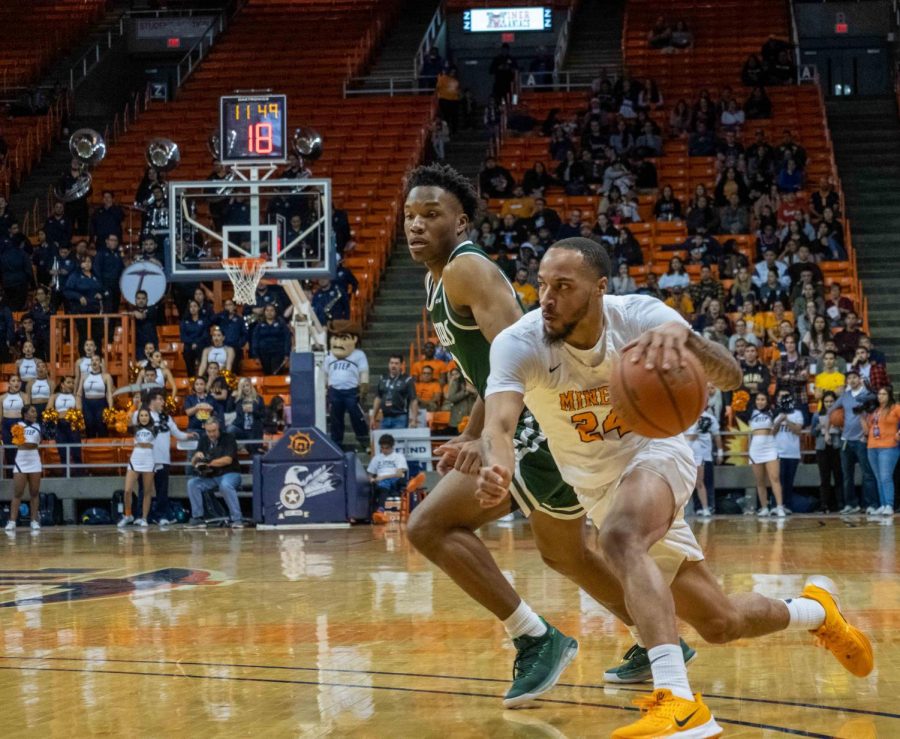 A GoFundMe account has been set up to help former UTEP men’s basketball player, Daryl Edwards Jr., after he was involved in a car accident that killed one person and left him and three others severely injured.

At around 2 a.m., April 7, in Houston, Texas, Edwards Jr., was one of four passengers in a Honda involved in a head-on collision with a drunk driver traveling the wrong way on Westpark Tollway, according to WBRZ.

According to the GoFundMe campaign, Edwards Jr., broke both legs, his right elbow, vertebrae, and lower spine. Sean Teare, chief of vehicular crime division, said one person was killed and four others including the suspect, 32-year-old Bobby James Brown, were hurt. The individual killed was later identified as 19-year-old Houston R&B singer, Jaelyn “JaeRene” Chapman.

“We’re here for one reason,” Teare said. “One person caused this horrific crash, this person was intoxicated, driving the wrong way.”

Brown has been charged with intoxicated manslaughter.

The Harris County Toll Road Authority’s Wrong Way Detection System was not activated when the suspect entered WestPark Tollway, according to Click2Houston. The detection sensors at PostOak were disabled two and a half years ago due to Houston’s 610 and I-59 construction.

Edwards Jr. graduated from Louisiana State University and decided to play for UTEP as a graduate transfer during the 2019-2020 season. In his lone season at UTEP, Edwards Jr. started in all 32 games while averaging 12.5 points per game which was the third best on the team, and scored a career high 34 points on Feb. 22, 2020, against Rice University.

He logged a team-high 1,092 minutes, led the team in three-point shooting percentage (38.3) and his 74 three pointers made ranks eight best during a single season in program history.

“It is unfortunate of the accident and the injuries to Daryl Edwards,” El Pasoan and lifelong UTEP men’s basketball fan, Jaime Arrieta, said. “He is a very good player and I enjoyed watching him play and wearing a UTEP jersey for the Men’s basketball program.”

During his two seasons at LSU, he played in 32 games making 16 starts while scoring a then career-high 21 points against The University of Alabama on Feb. 13, 2018.

Edwards Jr. was planning to play overseas in May according to the GoFundMe campaign, which is attempting to raise $80,000 to help with medical costs. The campaign has raised $29, 417 as of April 21.

Isaiah Ramirez may be reached at p[email protected]; @IsaiahRamirez1 on Twitter.