Godzilla vs. Kong doesn’t stand up to its predecessor 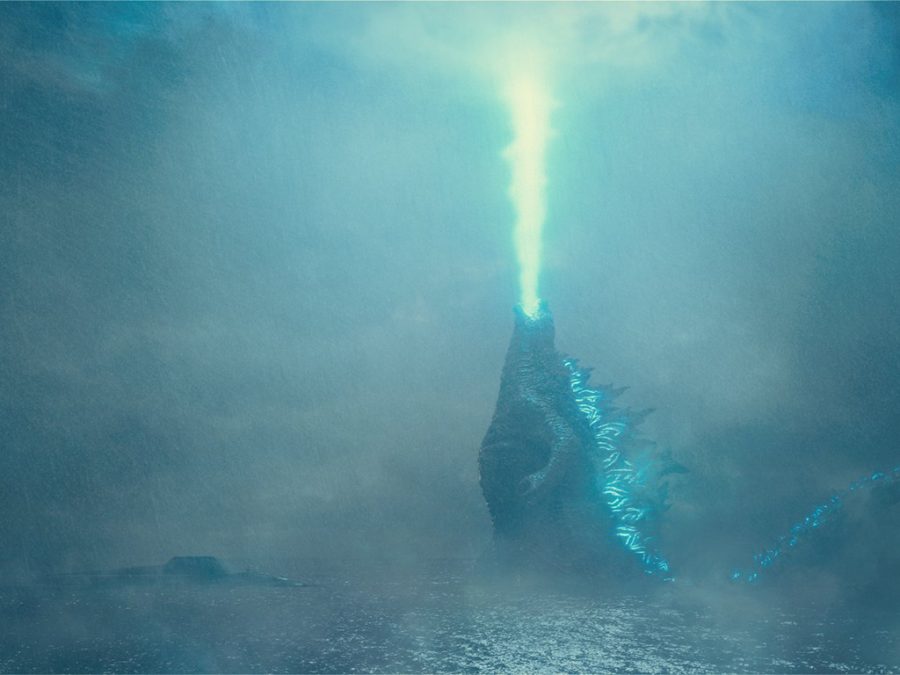 Godzilla and King Kong return to the big screen on April 1, 2021. Godzilla vs. King Kong is now available in theaters.

The infamous titans of Toho and Hollywood, Godzilla and King Kong, returned to the big screen April 1, clashing once again after the original predecessor film was released in 1962.

It has been seven years since Godzilla last appeared in theaters with “Godzilla” (2014). Since its release, it has teased audience members with minor hints of future rivals and allies to arrive to the series, most notable King Kong.

The oversized gorilla kaiju, King Kong, appeared at the end credits of “Godzilla” (2014), foreshadowing “Kong: Skull Island,” released in 2017. A confrontational film starring the two giants was just on the horizon, but not before a second Godzilla entry, with the atomic lizard facing off against the three-headed dragon, King Ghidorah, in “Godzilla: King of the Monsters” in 2019.

Released during a global pandemic, “Godzilla vs. Kong” is playing not only in theaters. It is available to stream on HBO Max for thirty days after release, which begs the question: “Is it worth the watch?”

This review will contain spoilers:

Die-hard fans of the original Godzilla series, and anyone who roots for the atomic lizard should know that in the original 1962 film “King Kong vs. Godzilla,” Godzilla is not the victor. This can lead viewers to believe Kong will be the victor, especially because all the trailers suggest that Godzilla will be the antagonist of the film.

The action sequences are phenomenal overall, I am usually an advocate for practical effects, but the editing crew did a splendid job with the CGI. The monsters look fluid and detailed to a point, but this can be overlooked as the shots the monsters are seen in are short, unlike the other films that had longer shots of the monsters.

Other aspects that are done incredibly well, such as the plot and plot twist. Mechagodzilla was featured in this film. In my eyes, a high point   was that Mechagodzilla was engineered using a remnant skull of Ghidorah . It held the end credit scene from “Godzilla: King of the Monsters,” making this a truly fascinating in narrative.

That is where the positives end.

Looking back at the plot, it’s solid, but there are three subplots occurring at the same time. They could have gotten away with the one subplot surrounding Millie Bobbie Brown’s character (not her character per se, but the characters she is accompanied by). She is only there for comedic relief.

One character the series has followed since the 2014 film was Dr. Serizawa, the Monarch scientist who had given insight to the understandings of why and what the titans were doing. Serizawa was removed from the narrative toward the middle of “King of the Monsters.” In  “Godzilla vs. Kong,” we are introduced to another Serizawa character. Where did he come from? Was he the original Serizawa’s son or a relative? The film never  explained who he was, leaving questions unanswered. It felt like a cash grab for fans to have a returning character.

One of the best plot points was the return of Ghidorah through Mechagodzilla, but it was not really focused. In one scene, the cerebral link between Serizawa and the mechanism are broken, killing him in the process. It is never added upon further, but we get a fight scene between the three titans before the film ends.

As a fan of Godzilla, there is a lot to address in this film, if not the series, thus far. First off, the terrible acting and consistent monolingual is noticeable. It is an action film, sure, but this poor quality of acting reaches the monstrous titans. We see Godzilla make active expressions of emotion as though he could actually communicate, where in past films, we see him displaying only animalistic tendencies such as having territorial routes, and even displaying intimidation techniques. The same goes for Kong. It does not make sense why they would choose to show them communicating in such personified ways.

In the 2014 film,  the added human narrative complimented the film. It made the movie about more than just giant monsters fighting. This time around, however, the characters are very one-dimensional. The film would have benefited from less human screen-time.

Despite that, I would recommend going to theaters to watch this film. It is certainly a film worth enjoying because of its amazing action and cool plot twists. The film has problems, yes, but it’s definitely a fine way of enjoying an afternoon at the theater or evening at home.

This film compared to its predecessors has a solid 3.8 out of 5 stars in my rating. The 2014 film set a high expectation bar that “Godzilla vs. Kong” did not meet.