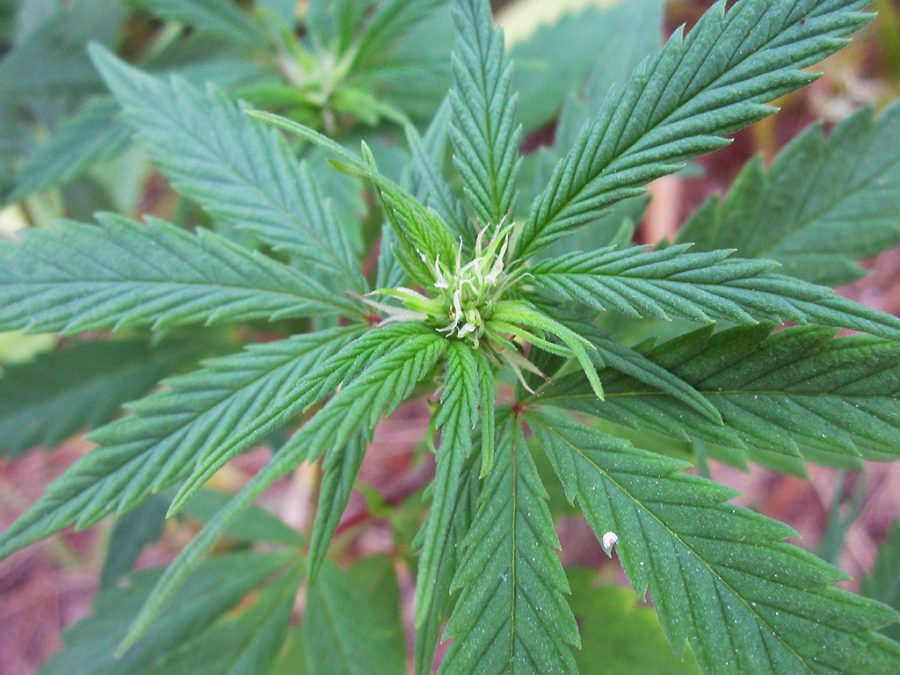 "Marihuana, mota, cannabis" by MarihuanayMedicina is licensed under CC BY-SA 2.0 Changes were made. To view a copy of this license, visit https://creativecommons.org/licenses/by-sa/2.0/

With New Mexico and Mexico set to legalize the recreational use of marijuana, UTEP staff and students discuss the effects it may pose on El Paso residents living in the middle of the two locations.

New Mexico is the 16th state in the United States to legalize marijuana for recreational use and sales, after Gov. Michelle Lujan Grisham signed its legislation Monday. According to the measure, adults 21 and over will be permitted to purchase and possess up to 2 ounces of marijuana outside their home starting April 1, 2022.

Lawmakers in Mexico also passed a bill March 10, legalizing the recreational use of marijuana in a 316-to-129 vote, according to a news release by the country’s Chamber of Deputies. The measure is expected to be approved by the Senate before being sent to President Andrés Manuel López Obrador, who has expressed support for legalization.

“When we look at the map, Arizona already legalized it and I’m sure people on the border of New Mexico and Arizona are just waiting for us (Texas) to do the same,” Alber said.

Alber acknowledges it can take Texas, a predominantly red state, a long time to even consider legalizing marijuana for recreational use.

“Texas is always doing its own thing,” Alber said. “Texas is still predominantly conservative so it will take a while before the state realizes what they can do with new legislation on marijuana.”

According to an article published by Harvard Medical School, marijuana is found to have health benefits when it comes to treating certain conditions, such as nerve pain, arthritis, PTSD, Parkinson’s Disease, among many others, a use of marijuana Alber advocates for.

“I am all for the healing power of plants and marijuana does exactly that,” Alber said. “In a regulated environment, it does more good than harm.”

Regarding how the Mexican legislation of marijuana could affect El Paso, it could play out in several ways.

Armando Gonzalez-Stuart, a researcher in Herbal Safety at UTEP’s School of Pharmacy, finds marijuana legislation on the Mexico border may decrease activity of illegal crossing of marijuana to either side.

“Importing or exporting into the United States is not going to be that much of a priority anymore,” Gonzalez-Stuart said.

As for how Texans may react to the legislation in New Mexico, Gonzalez-Stuart believes the legalization of the recreational use of marijuana will not lead to an increase in the use of marijuana in the state of Texas.

“I don’t really think there’s going to be that much of a problem for Texas just because New Mexico legalizes it,” Gonzalez-Stuart said.

Gonzalez-Stuart doubts El Pasoans will be bringing in more marijuana use and activity because there are limitations in New Mexico when it comes to purchasing marijuana from a dispensary.

“Santa Teresa is the closest marijuana medical dispensary that exists and it’s only for New Mexico residents and of course people who have special permission from their medical doctors (MDs),” Gonzalez-Stuart said.

Accessing marijuana in New Mexico can be a challenge for El Pasoans, but Gonzalez-Stuart foresees a psychological impact more than anything.

“The impact, more than physical and economical, is going to be psychological,” Gonzalez-Stuart said. “The U.S. is lagging behind because for so many years it’s been so difficult to do research here.”

In order to conduct research on marijuana, especially in collegiate settings, universities must outsource from other universities growing marijuana experimentally, Gonzalez-Stuart said.

Researchers must also go through the National Institute of Drug Abuse and the International Development Association to be granted permission to work with marijuana samples.

Dispensaries must have special permission from the Food and Drug Administration and the Drug Enforcement Administration to ensure that marijuana products are not laced with harmful products.

“If people don’t get their marijuana through a controlled dispensary, they face the risk of purchasing products laced with pesticides and things that aren’t even found in marijuana,” Gonzalez-Stuart said.

For Gonzalez-Stuart, the solution to safely consume marijuana in states that have yet to legalize its recreational use is simple: educating people.

“We need to educate the physicians and the pharmacists and the nurses because here in the United States, most are not,” Gonzalez-Stuart said.

According to Gonzalez-Stuart, by educating people, including those who consume and prescribe marijuana, quality control is much more possible.

“For example, in California, they do have a license and they are overseen by the state and federal authorities,” Gonzalez-Stuart said. “The same thing can happen here in Texas. It would be good for people because then they know that the marijuana, they’re purchasing is the true thing.”