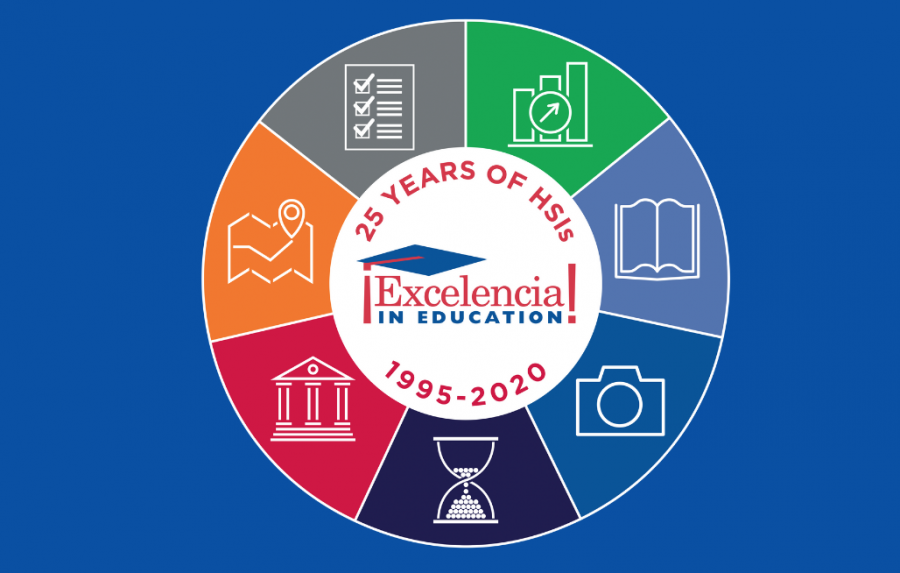 Excelencia in Education (EIE) is an organization dedicated to the success and leadership of Latinx students in education through comprehensive analytical studies and enhancement of educational policies and institutional practices.

“EIE is in Texas virtually today because of the commitments, energies and activities of colleges in the great state of Texas,” said Sarita Brown, president of EIE.

Wilson began her presentation by emphasizing that, as a Hispanic-serving institution (HSI), UTEP has provided the best possible service to all students, focusing not on the percentage that qualifies the University as an HSI, but on the quality and accessibility of resources for the community.

“There is an emerging group of 16 Hispanic serving institutions in America that are also R1 research universities, in the top 5% of research institutions nationwide,” Wilson said. “All of them were R1s, so they were in the top tier of research who became HSIs because of demographic changes in their student body, except for one—UTEP. UTEP had an 83% Hispanic student body and became an R1.”

Wilson said UTEP prides itself on striving to achieve excellence not by means of selectivity or exclusivity in its student population, but by ensuring every student can succeed and propel UTEP to its status of excellence.

“(UTEP) is an open access institution, a Class 1 research university with student success and persistence that is above the average selective institution,” Wilson said.

Wilson also described the value of the partnership, rather than competition, UTEP has with EPCC. The “vicious partnership,” as Wilson described it, will ensure more students choose to go to college and grant them a meaningful post-high school credential. Wilson said she hopes the pandemic has bolstered the public perception on the importance of higher education.

“We all live better lives because we live in an educated community where people have chosen to develop their gifts to serve others, and we see it in our students,” Wilson said. “If we convince more parents of that, then there will be almost nothing we can do to stop Hispanic students from getting a meaningful post-high school degree.”

Time was dedicated to “The Student Voice,” the real testimonies of students attending these institutions.

“Ways that the University has helped me with my success is by offering free tutoring services, career development workshops hosted by the Career Center, and info sessions hosted by high profile companies such as Google, Amazon, and Microsoft,” said Sofia Hernandez, a computer science major at UTEP.

Edgar Felix, a Terry Scholar transfer majoring in business management, said he was grateful for UTEP’s leadership conferences that have helped refine his skills.

“I have attended many leadership conferences at the university, and each time learned how to develop myself as a leader and how to refine my skills for my future career,” Felix said. “I appreciate these conferences also have discussions on mental health and fighting imposter syndrome so that we know we belong wherever it is that we are.”

Deborah A. Santiago, Chief Executive Officer of Excelencia in Education, covered the statistical aspects of the contribution HSIs have on the Hispanic community.

Santiago stated that, although the definition of an HSI is based on an enrollment percentage, Texas institutions have embraced this designation over the 25 years that HSIs have been funded to improve retainment and allocate their attention and resources to serving their students with purpose.

Santiago said the funding is also intended to “expand and enhance the academic offerings, program quality, and the stability of institutions that are serving a high concentration of students.”

According to Santiago, over 145 federal grants gave been awarded to HSIs, totaling over $330 million. While 539 institutions are recognized as an HSI, they represent less than 20% of institutions in the country but enroll over 65% of all Hispanic undergraduates.